Home News From the Runway to Gagosian: Alaïa’s Creative Director Teams Up With the... 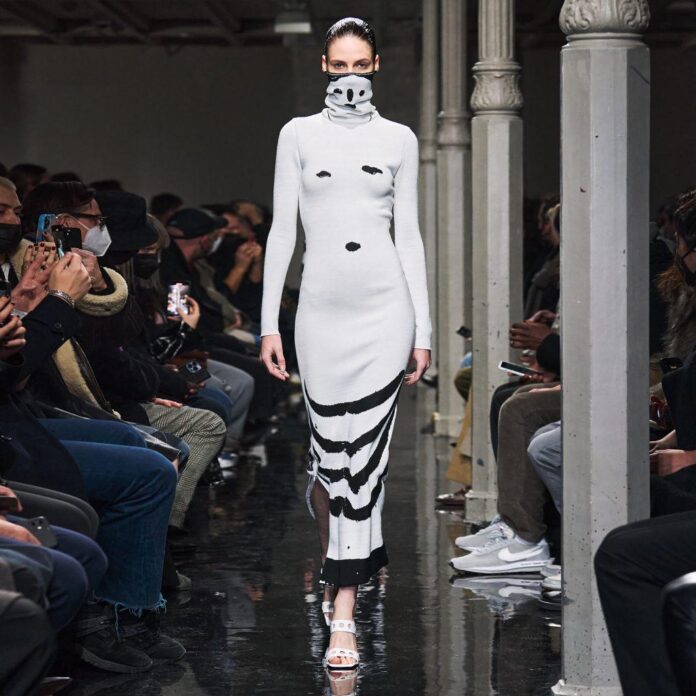 During the fall shows in Paris in January, Alaïa’s creative director Pieter Mulier sent out six form-fitting, showstopper dresses toward the end of his sleek second runway outing.

Splashed with reductive strokes and earthy color, the dramatic dresses bore necklines that extended all the way up into face coverings. The models looked enigmatic, quasi-religious, and totemic—like living versions of Pablo Picasso’s “Tanagra” ceramic series, which the artist had based on the 4th-century Greek figurines depicting everyday women. Now, three of these Picasso-inspired dresses have been made available in Gagosian Shop (online and in the London branch) ahead of their September release. The line between gallery and gift shop has been getting murkier; now you can add fashion atelier to the brew. 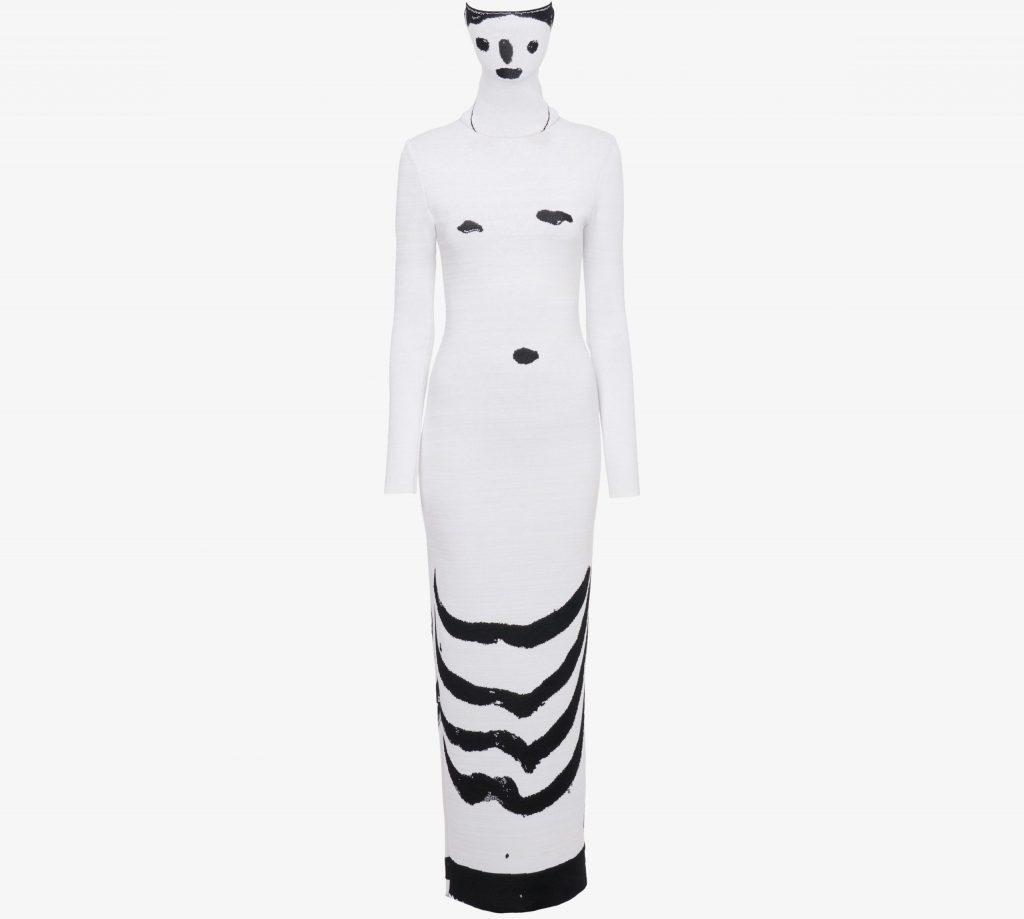 The retail partnership is part of Gagosian’s new fashion and art initiative, which invites fashion brands with artist-inspired wares to offer them via the gallery’s shops. The first iteration was the Paris jeweler Ripossi’s Robert Mapplethorpe-inspired collection, released in New York in May, followed by Alaïa-Picasso in June, before the dresses were shipped off to London. Each mini collection is paired with shoppable rare books and ephemera to round out the theme: For example, in London, the Picasso dresses ($6,500 and $11,500) are accentuated with a 1948 issue devoted to the Spanish master and the two-volumefor $3,000.

Picasso and Alaïa have actually been intertwined for years. The house’s namesake founder, Azzedine (who died at 82 years old in 2017), was a “sculptor of shape,” wielding couture techniques and cutting-edge fabrics. His knits flowed like mercury and embraced every curve of the body. Before embarking upon fashion, Alaîa studied sculpting at the École des Beaux-Arts in his native Tunisia (he lied about his age in order to enroll). The visionary designer amassed a vast collection of haute couture and art, now preserved in Paris by the Fondation Azzedine Alaïa.

Mulier’s Picasso capsule wasn’t only paying homage to the house’s legendary founder with form-fitting dresses; it also nodded to a personal connection. Alaïa befriended the Spanish artist after he moved to Paris in the 1960s, and was close to the Picasso family until his passing. 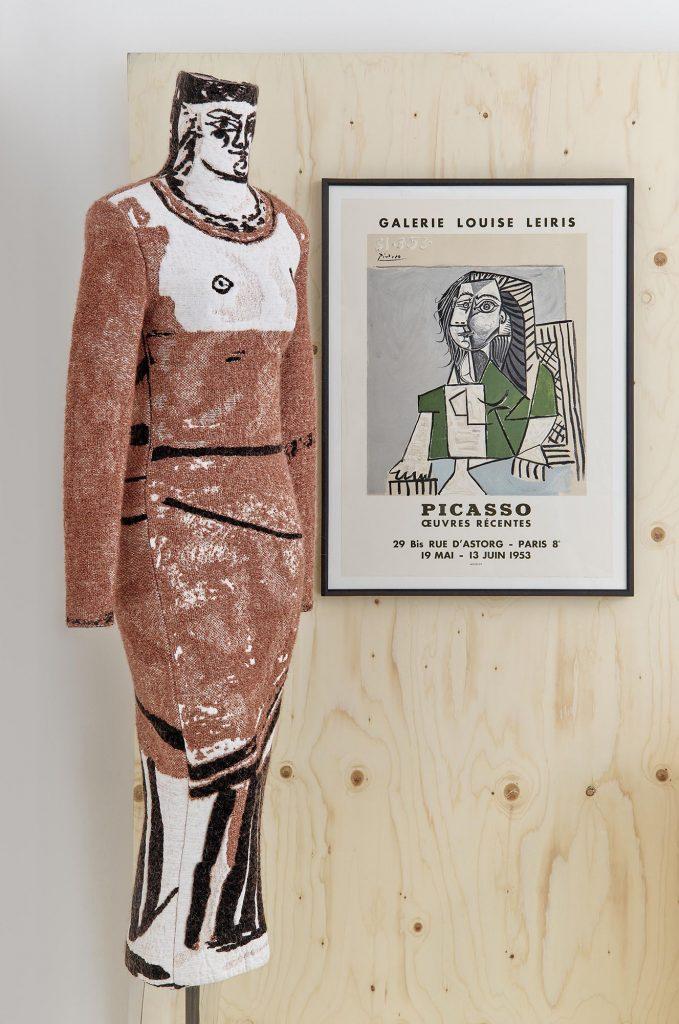 Mulier, too, has a deep affinity for art. He joined Alaïa in 2021 after serving as Raf Simons’s lieutenant during his posts at Jil Sander, Calvin Klein, and Dior. Besides the Picasso references, Mulier found inspiration in Sarah Lucas sculptures for the colorways of the rest of the garments in the collection. The brand worked directly with the Picasso Administration on the limited-edition dresses.

“The only way we could do it with the Picasso estate [was] to make it as close as possible to the artwork,” Mulier told the gallery’s Gagosian Quarterly publication. “The ceramics are very elongated, so the interesting part of the project was to mix his vision on a real body, a feminine body.” 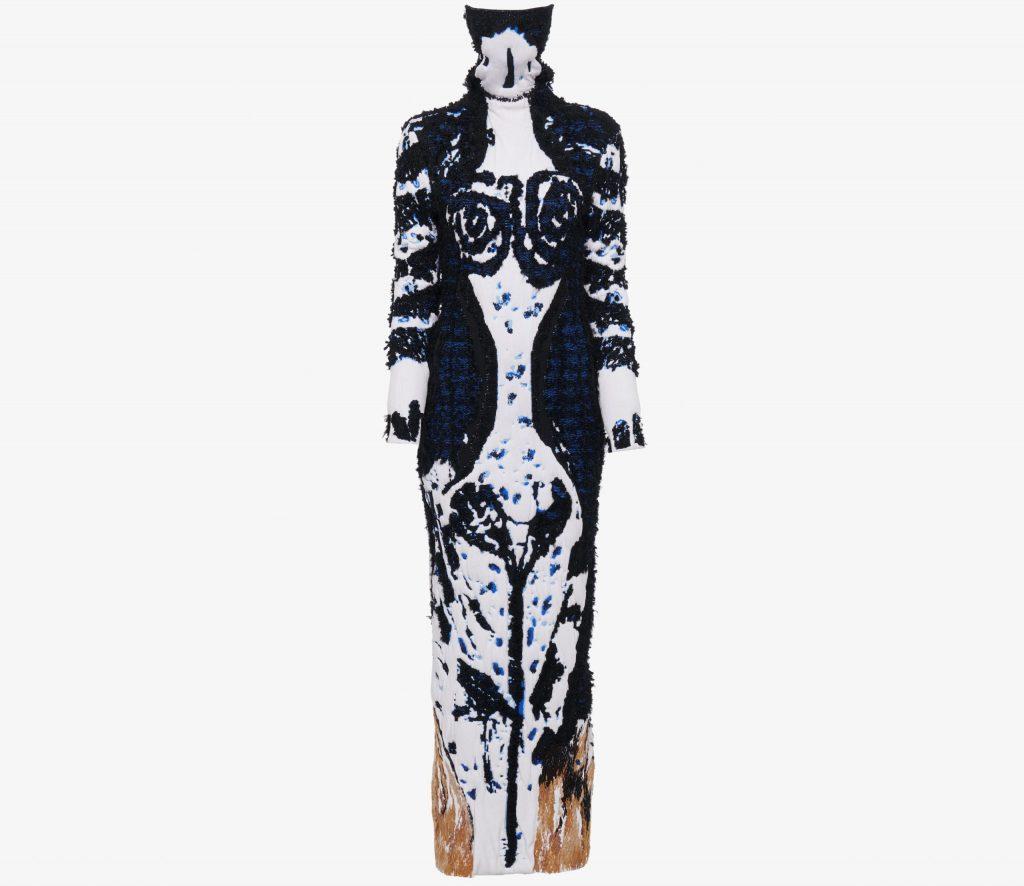