In a new ad campaign for the 2019 MINI Countryman, MINI USA invited artist duo Nix + Gerber and animator Kirsten Lepore to produce stop motion films in the vehicle’s cargo space. Nix + Gerber explore space in their film Camping, while Lepore goes deep under the sea in her work Underwater. Nix + Gerber utilized two dioramas for their models of Earth and the Moon, creating each of the terrains with foam, wire, flock, dirt and rocks. Lepore’s ocean-based love story was built entirely from paper, with an overlay of plexiglass to give the set that underwater shimmer. The short films explore the 2019 vehicle’s slogan “Created in a Countryman,” examining what sorts of vast worlds might be constructed in the confines of a MINI’s trunk.

Camping will screen on Monday, September 17, 2018 at the BAM Rose Cinema at the Brooklyn Academy of Music, while Underwater will screen at The Other Art Fair in Los Angeles from October 24 – 28, 2018. You can view more of Lepore’s animations on Vimeo, and see an extensive selection of Nix + Gerber’s miniature dioramas on their website. 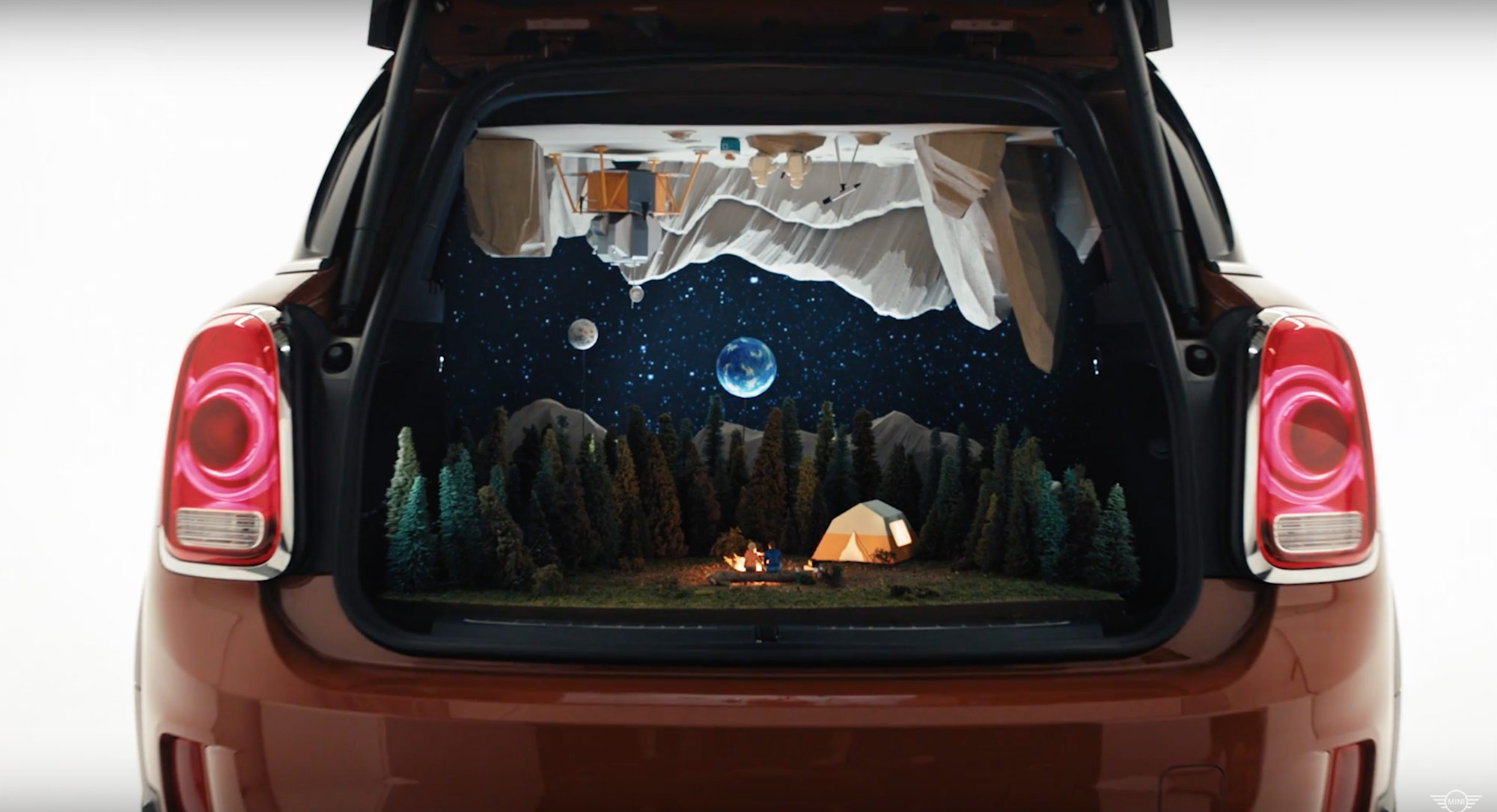