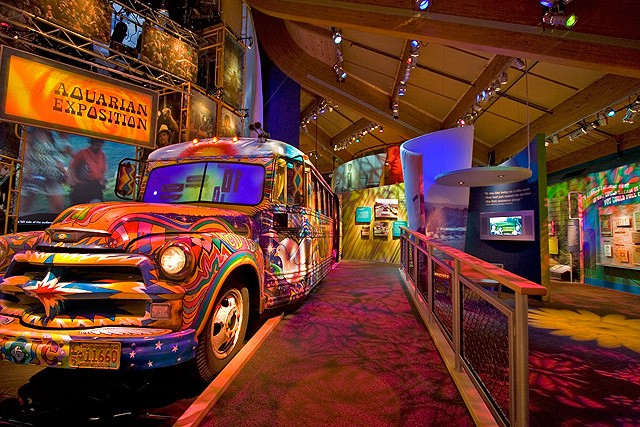 In the ’60s in the U.S. held a huge number of rock festivals, competing with each other in scale and stars of the composition of the participants, but it was Woodstock that went down in history. It would seem that the organization was extremely weak – the event during the whole preparation was under threat of disruption, not impressive for that time line-up – because no one expected such a number of musical performances, which are now considered legendary. After the Paris Spring of ’68, it was possible to predict that Woodstock would play an important social role, but nobody could assume that from this festival the sexual revolution would begin. 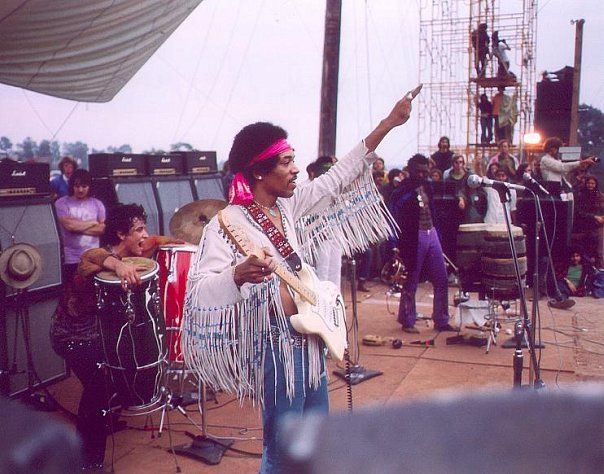 A coup d’état of mass consciousness was made by young middle-class members. Boys and girls from wealthy families found it unbearable to live under the conditions of the then U.S. political course. The great scientific and technological progress and war in Vietnam, education, and the drug boom were the backdrop for their generation’s drama. They chose love as their weapon to fight the world order that discredited themselves. And, as we know, the most productive way to broadcast ideas is through music.
The image of those young people, the hippies that are now used in pop culture, is far from reality. Hardly “fallen into nirvana” indifferent and friendly barefoot guys, whose universe is limited to a cloud of lilac smoke, would have taken care of the problems that real hippies are talking about. Woodstock is a model of the world they wanted to create. And they almost did.
But the war did not end, the state machine continued to press everything that was important and dear to them, and idols, their voices, translators, died one after another. 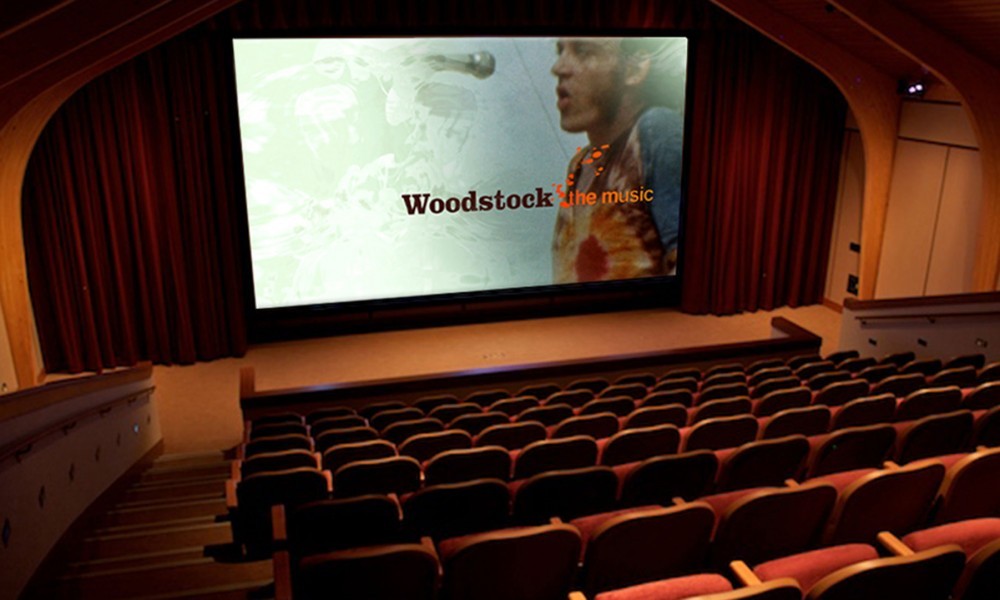 With the organization of the same Woodstock had a huge number of problems. Freethinking youth, gathered in one place in a huge number, did not promise the city authorities anything good. Therefore, it was not possible to hold the festival where the name implied.
The new place was found thanks to a friend, one of the organizers Sam Yasgur, who persuaded his father to rent out their farm – six hectares of land in Bethel, two hours from New York, and 40 miles from Woodstock.
The Bethel residents initially met the festival with a wave of protests, but on the second day, the hippies were so enchanted by the locals that there was no negative word. In the movie “Woodstock. Three Days of Music and Light”, the citizens say that they are happy with the guests, but jokingly call them “freaks”. “Freaks”, by the way, laughed at it friendly and did not take offense at all. 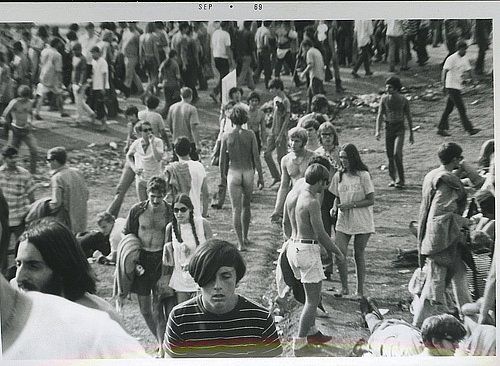 The line-up of the legendary festival can hardly be called brilliant if we look at the realities of the 69th year. Most of the idols of the youth of that time refused to participate: The Beatles were immersed in their internal problems, Bob Dylan could not leave his sick son, Frank Zappa and The Doors were sure of the failure of the event because of the organization, which, even by the standards of “children of flowers”, left much to be desired.
There was a lack of water supplies, no food at all, there was an acute shortage of toilets, the road was blocked by a traffic jam, and the area was not protected in any way, so an incredible number of stowaways arrived – 500,000 instead of the expected 200,000. 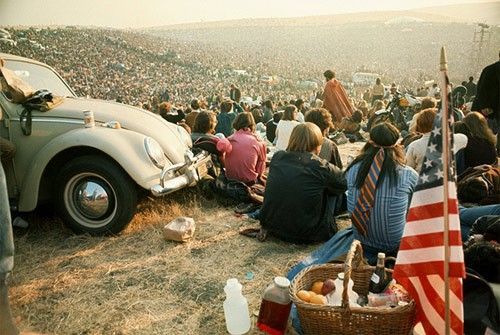 The U.S. army saved the festival from failure, if not from tragedies: when the military learned of Woodstock’s problems, they delivered provisions and doctors by helicopter for free.
But even the army, supported by the church, could not cope with the weather. Grateful Dead played their set in torrential rain in lightning, their equipment burned down from the voltage drop. We could not talk about the crowd standing in the mud when the musicians literally risked their lives. Due to constant technical problems and waiting for the improvement of the conditions, the performance schedule was confused.

Creedence headliners went on stage in the late night and played for the sleeping audience. Meanwhile, if they had not agreed to participate, no one would have agreed. And hardly the musicians would have merged into this adventure if they knew what awaited them. Even less fortunate Jimi Hendricks, who was supposed to perform in front of a crowd of half a million people on Sunday evening, and performed for the remaining twenty thousand on Monday morning.
However, one should not belittle the musical significance of Woodstock. The musicians, which we now call great, opened up at this festival. 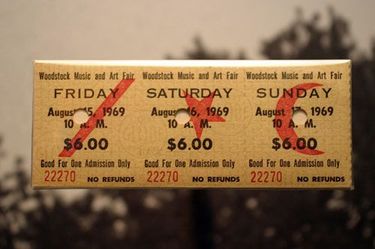 In ’69, the organizers were betting on Joplin and Jefferson Airplane, and now the legendary Santana was known to few people at that time. His career went up after Woodstock.
The Who at the last moment agreed to participate. Their headliner status was rather formal, because the real success came to them after the performance, at the end of which the musicians broke their instruments (for the first time!). Let me remind you that shortly before Woodstock The Who released the first conceptual album in rock history, the greatest Tommy record.
And the performance of Jimi Hendrix is still considered the main guitar performance for the whole time of the instrument’s existence.

But the main thing that gave the world Woodstock best expressed the owner of the farm where the festival was held: “I am a farmer, I can not perform in front of the audience, in front of such a large gathering of people as this. This is the biggest group of people ever assembled in one place. But other than that, the important thing that you have proven to the world is that half a million children – and I call you children because I have children who are older than you – half a million young people can gather and have three days of fun and music, and have nothing but fun and music, and God bless you for that”. 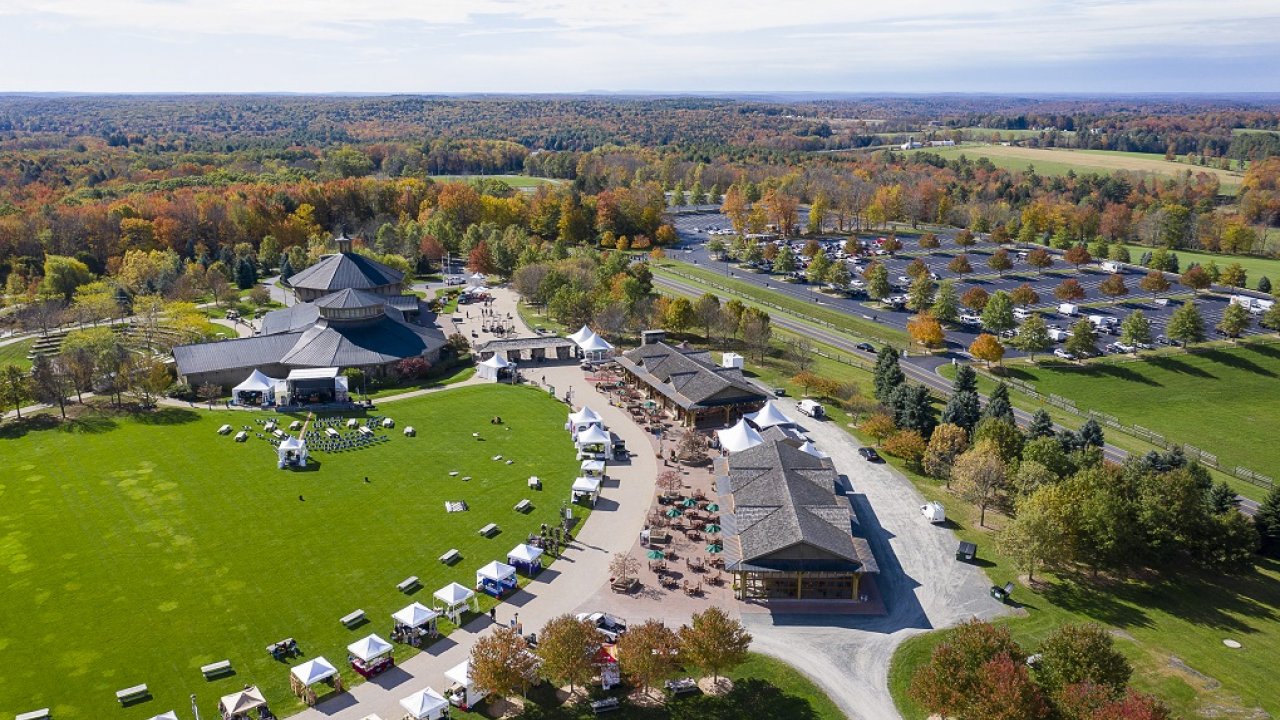 Again, mankind failed to spend three days of fun and music.
The last Woodstock, in 1999, set a record number of fights and rapes, and during the performance of Red Hot Chili Peppers because of the carelessness of the audience began a fire.
Perhaps it is Woodstock in the future that can give the world the love it needs. The circumstances of our lives are very similar to those that surrounded the generation of the first festival: technical progress and wars around the world, constant foreign policy tensions, continuing restrictions on freedom, and violations of human rights. And young people dreaming to change it.

Even if Woodstock does not restart the public consciousness, its mission – music and fun – will be fulfilled. People will be able to feel happy and involved in creating their own happiness. In ordinary life, we are constrained by a huge number of rules and conventions, and violations, even symbolic ones, help us recover and survive the new season of routine. Any festival is opposed to commonness.
In addition, the new Woodstock has high hopes for tolerance and unification, which is the main power of music. Love for idols, energy from songs, the excitement from the scale, and the consciousness that all people are equal and very similar, will overwhelm all those involved, and they can already charge the world with their emotions. 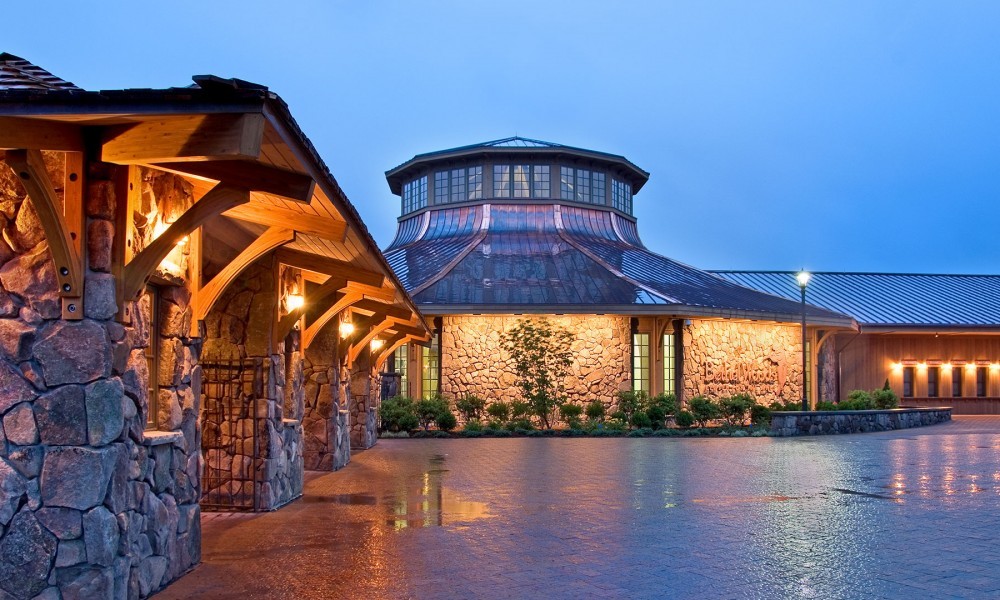 Better known as the Woodstock Festival Museum, the Bethel Woods Art Center is a museum and outdoor performing arts center.

Located about 90 minutes from New York City, then Betel Woods Art Center stands at the site of the original 1969 Woodstock Festival in Bethel, New York.

In 1969, some festival regulars passed VW Beetle, many hitchhikers, stars came in helicopters, and some groups went down by a bus. The crowds were so hard to reach the Woodstock Festival that the State of New York Troopers closed New York Tramway within a few hours. 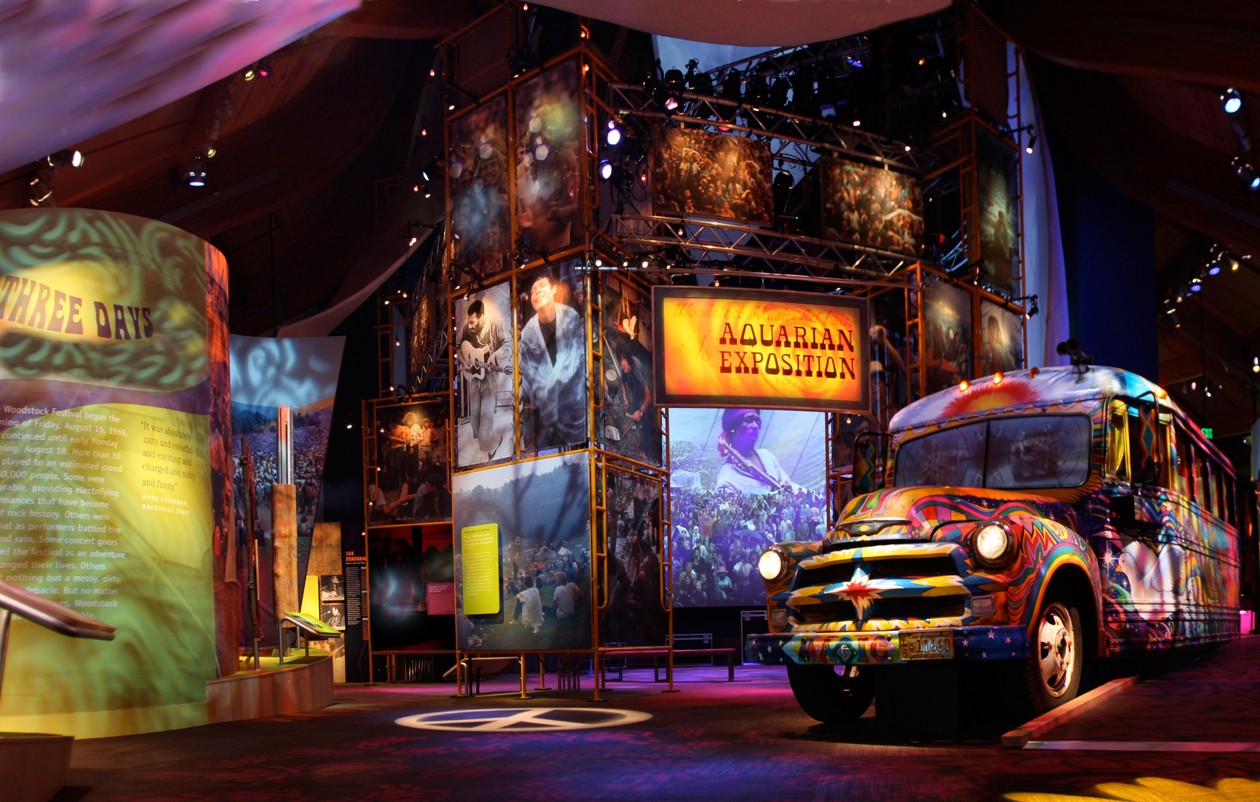 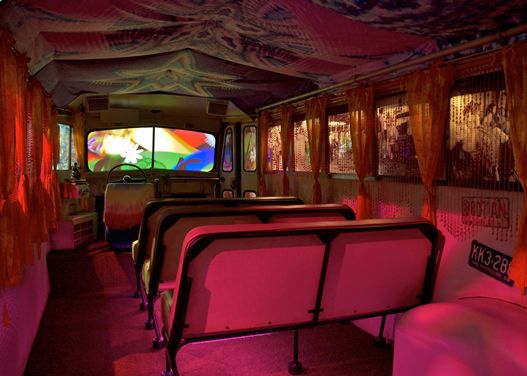 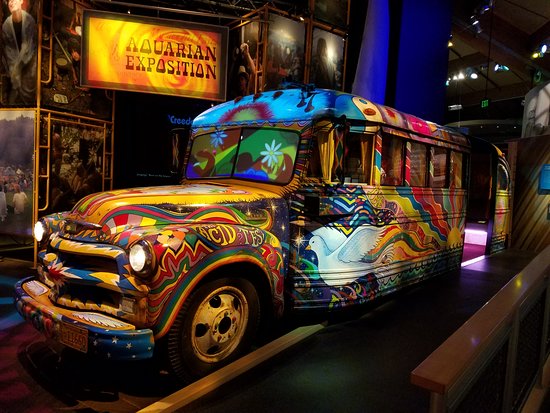 The original psychedelic bus belonged to the Jolly Jokers, a commune that traveled from California to New York and a package, dropping acid as they went.

The museum will open a permanent exhibition with personal stories of musicians, films, and multimedia clips dedicated to the 60s, from music and fashion to politics. The amphitheater will be able to accommodate a thousand spectators. The project cost the local authorities 1 million dollars and they hope to attract many tourists. 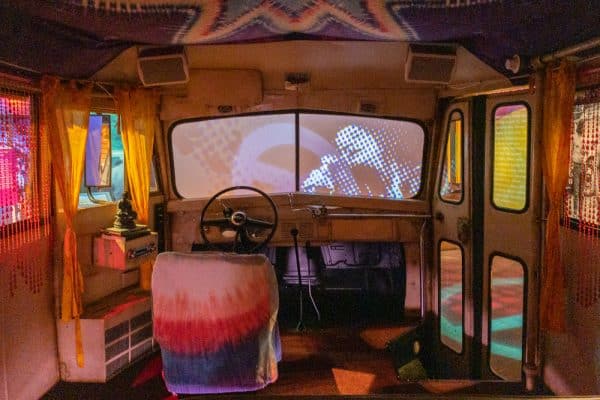 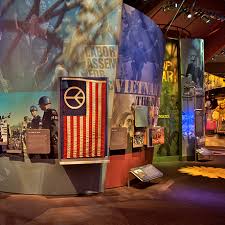 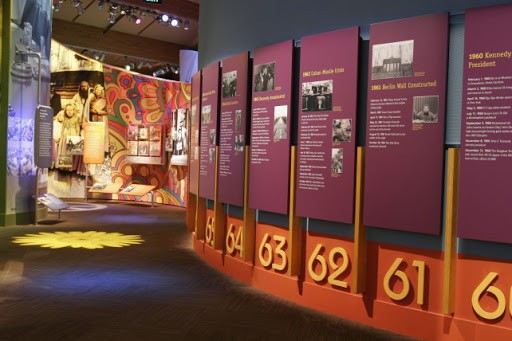 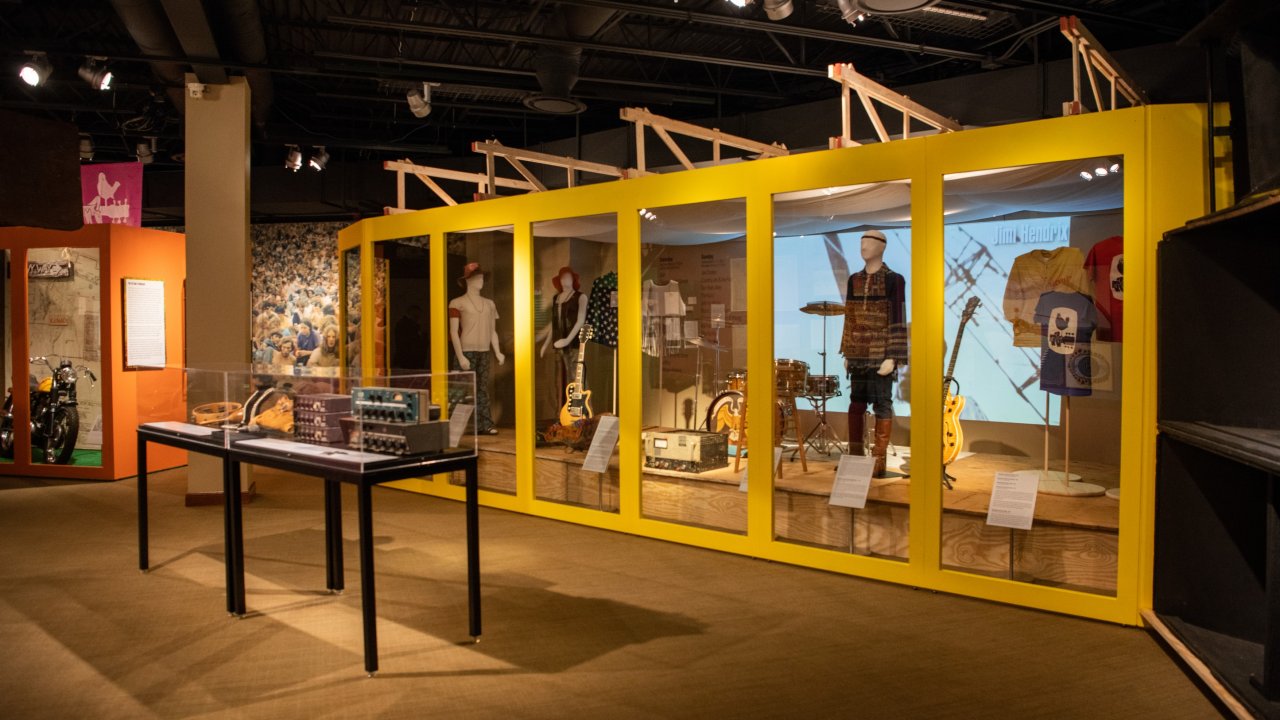 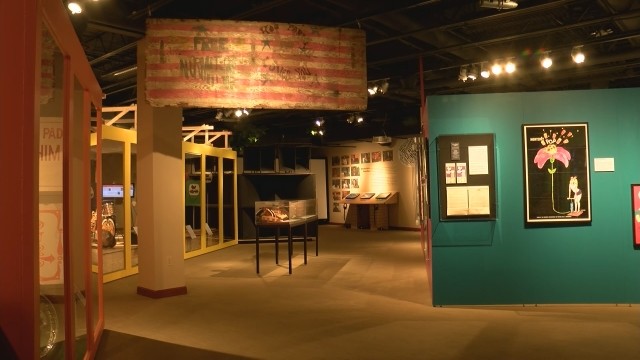 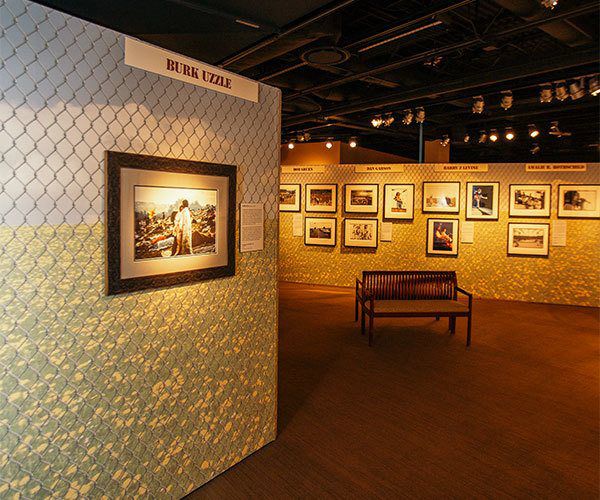 The museum in Bethel Woods will be part of a large project of the Bethel Woods Art Center, which will host various events, including open-air concerts. A show is already scheduled for this summer with Cindy Lauper, The B-52s, and The Klezmatics, the Boston Pops Orchestra, and others.

Bethel Woods is a beautiful, award-winning cultural and social center located on 800 acres around the site of the 1969 Woodstock Festival. Located 90 miles from New York City in Bethel, New York, the lush 800-acre campus includes the Pavilion Amphitheater, which seats 6,000 people, and a 10,000-person lawn. The award-winning Bethel Woods museum will be open exclusively to festival visitors at no additional cost. 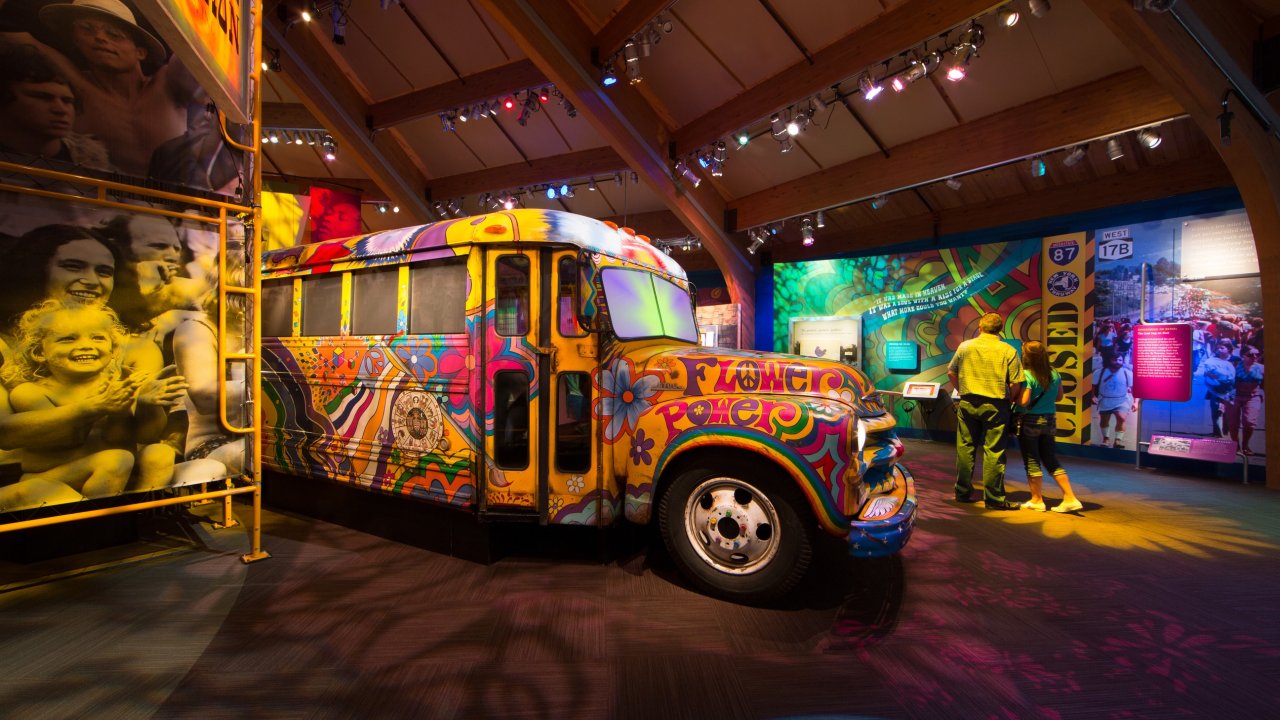 The spirit of Woodstock lives in Mountain Jam! We are happy to return to our new home in the Bethel Woods Art Center, one of the most beautiful amphitheaters in the world.

New Anna Karenina Musical Is in The Works