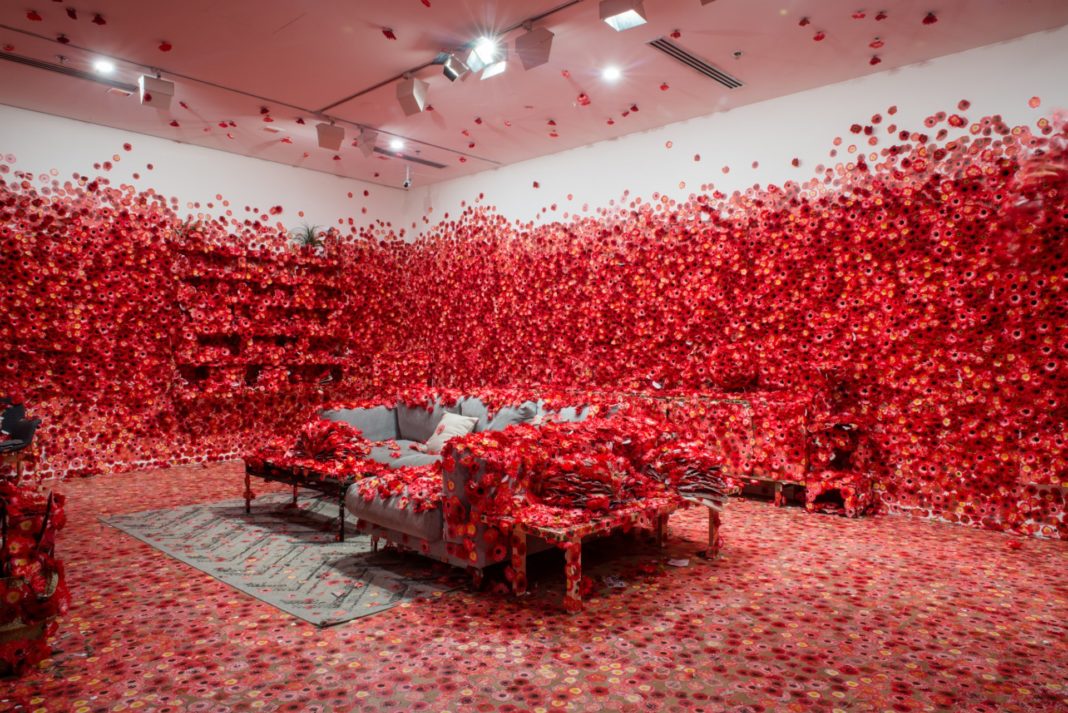 Yayoi Kusama is a contemporary Japanese artist working across painting, sculpture, film, and installation. Born on March 22, 1929 in Matsumoto City, Japan, she studied painting in Kyoto before moving to New York in 1958. Kusama proved herself a unique artist amidst the circles of Andy Warhol and Claes Oldenburg, producing hallucinatory paintings and installations such as Infinity Mirror Room (1965). Despite this initial success, mental health issues led her to return to Japan in the 1970s. Living in relative obscurity over the following decades, it was not until she represented her country in the 1993 Venice Biennale that Kusama returned to the public eye. 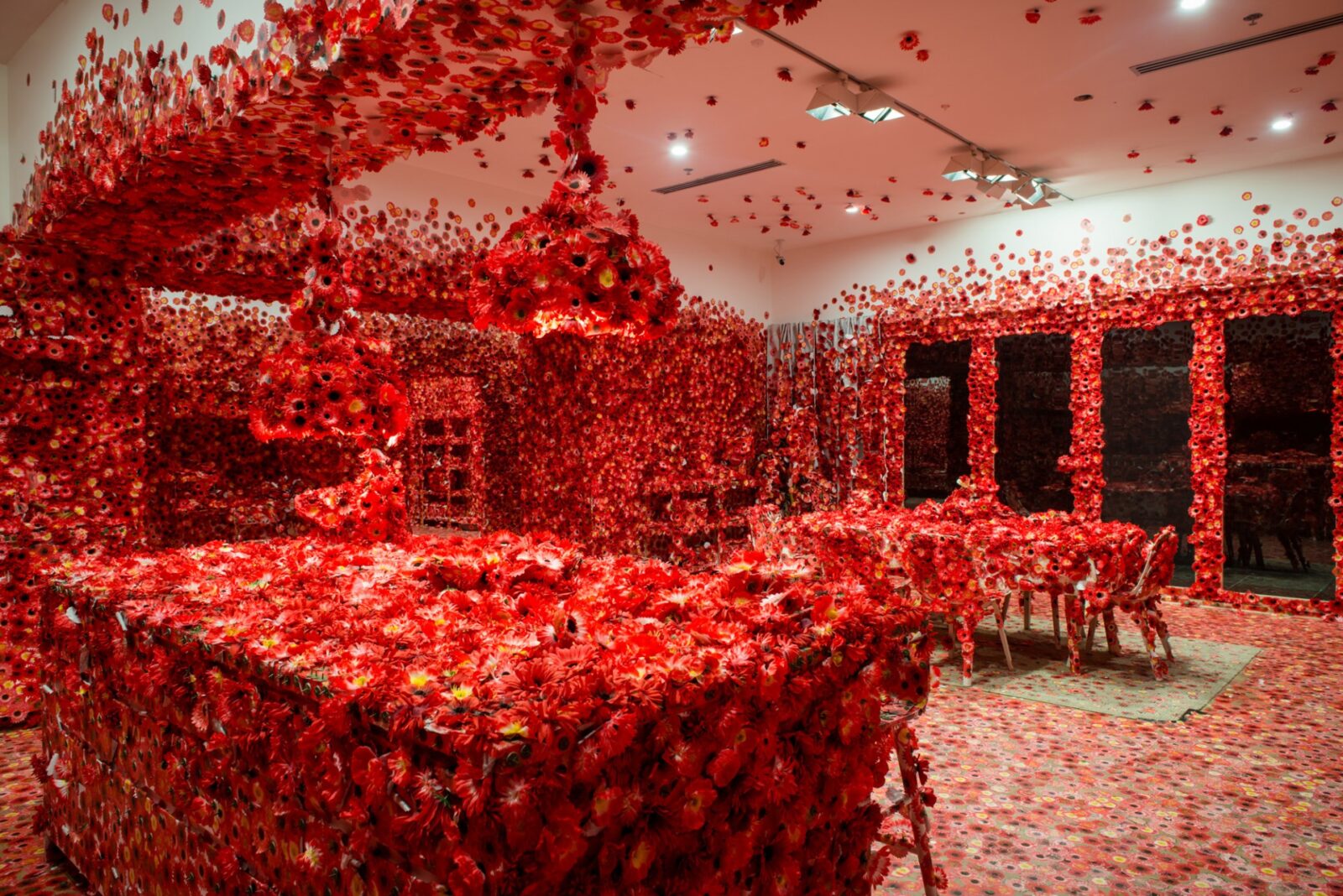 In one of her most interactive installations, the artist hands her interest in dot making over to the visitor. The Obliteration Room invites guests to “obliterate” a domestic interior by placing colorful stickers onto the walls, furniture, and floors. 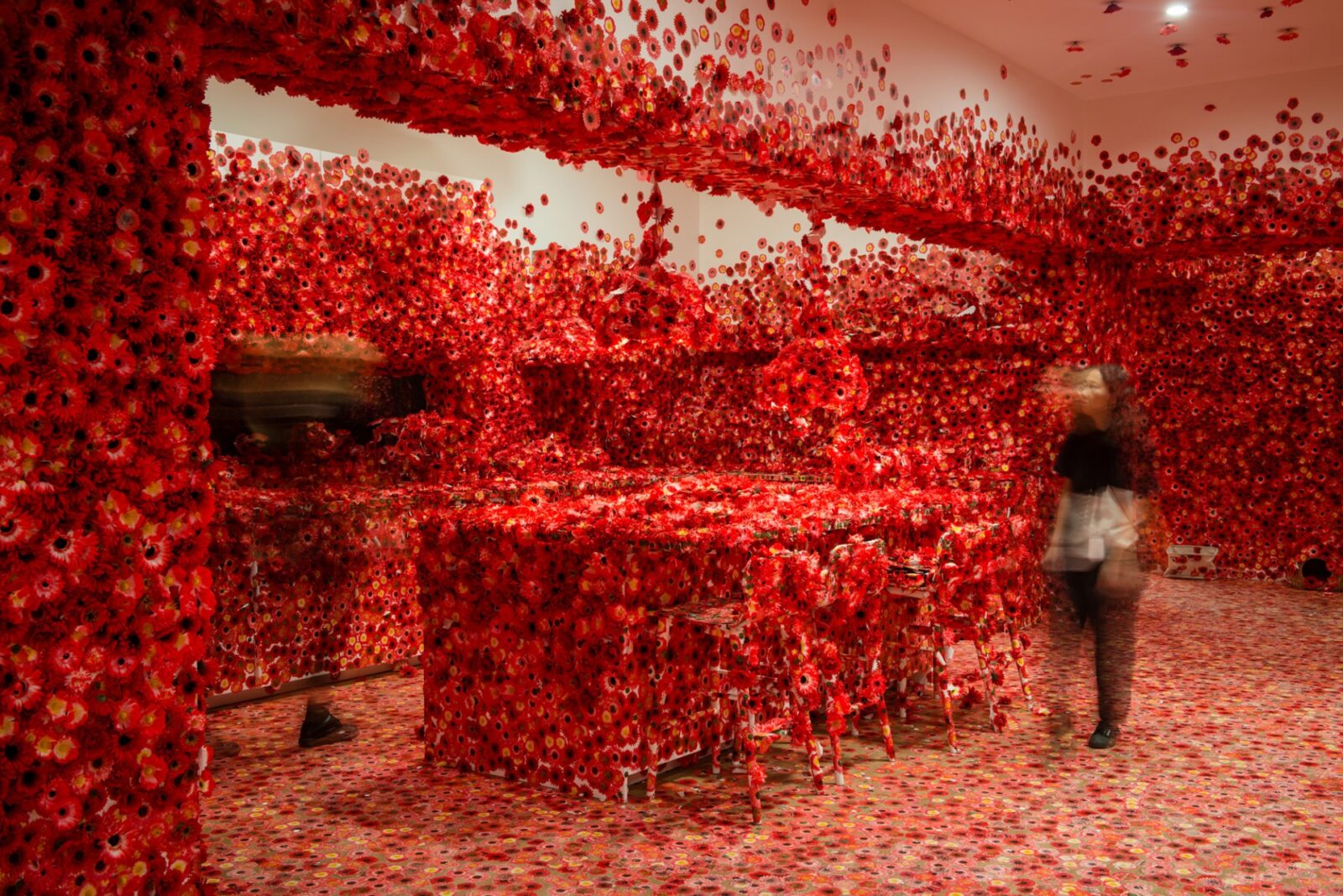 For her recent commission for the inaugural National Gallery of Victoria Triennial, the artist transformed this concept to include a flower motif. For Flower Obsession (2017) guests were given artificial gerbera daisies and flower stickers to place on any surface of their choosing, completely covering the faux-apartment by the end of the triennial’s four-month run. This floral theme taps into the beginning of the artist’s art-making, referencing a memory from her early childhood. 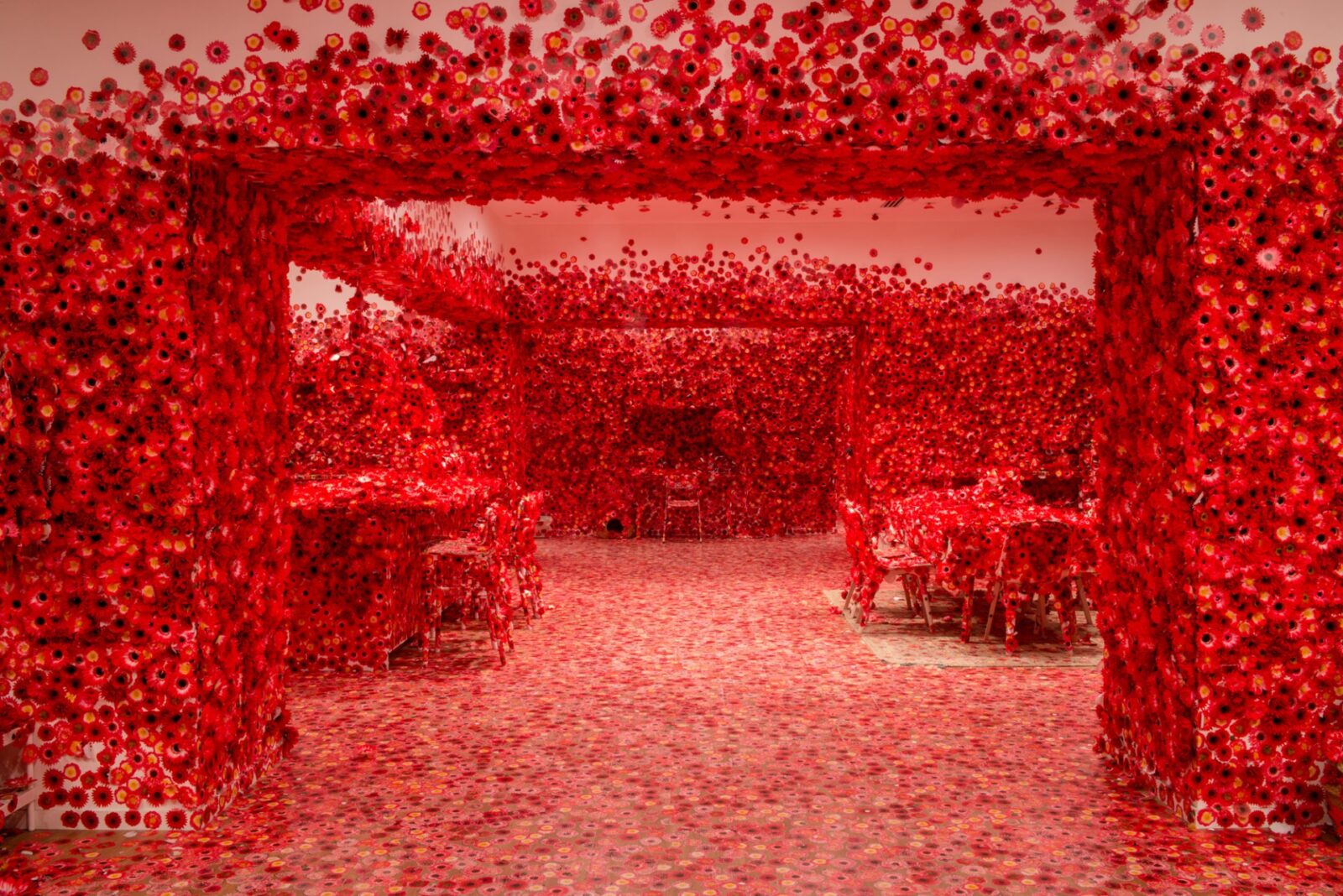 “One day, after gazing at a pattern of red flowers on the tablecloth, I looked up to see that the ceiling, the windows, and the columns seemed to be plastered with the same red floral pattern,” Kusama explains in a press release for the triennial. “I saw the entire room, my entire body, and the entire universe covered with red flowers, and in that instant my soul was obliterated … This was not an illusion but reality itself.”