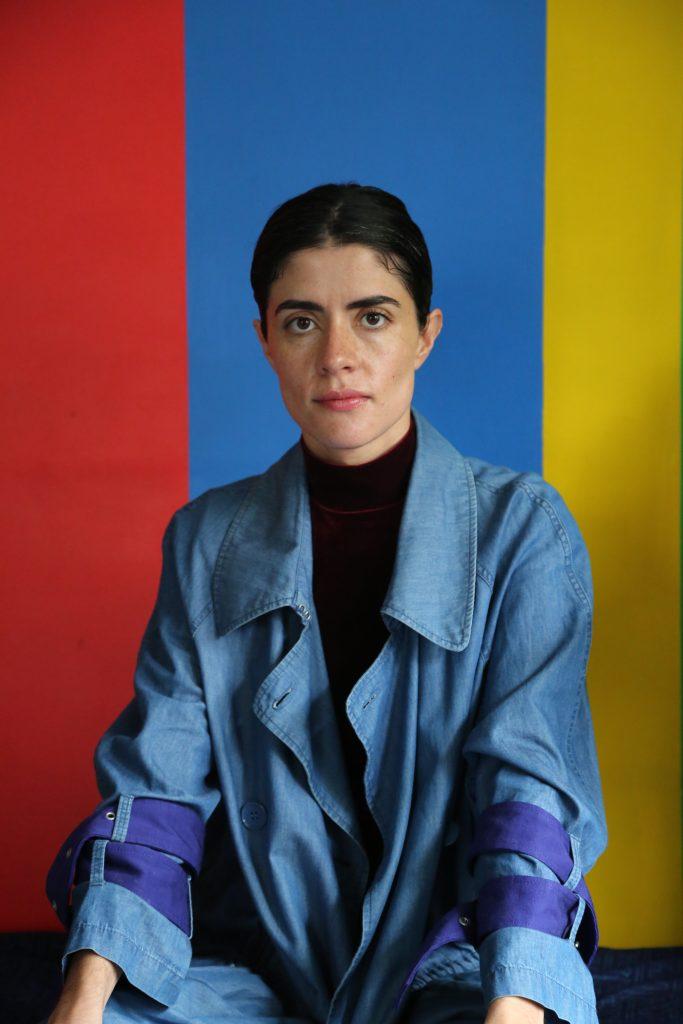 Many of us living in big cities started spending more time in nature ca. 2020—we took up hiking and contemplated moving away or “further out;” of trading it all in for fresh air, open fields, and a more relaxed routine. Multidisciplinary artist Pia Camil is one of those dreamers who made it a reality.

Primarily known for her large-scale, community-generated installations that call attention to both the machinations of brutal global commodities trading as well as the societal and ecological costs of their production, consumption, and resulting detritus, Camil’s move to Acatitlán, a couple of hours’ drive away from her native Mexico City, has inspired her to think even bigger.

“One thing that has been an underlying interest in my work is the idea of collaboration,” the artist shared from the farm where she and her partner and children reside. “I’m now trying to shift to see possibilities for collaborations in the natural world, between human and non-human species.” 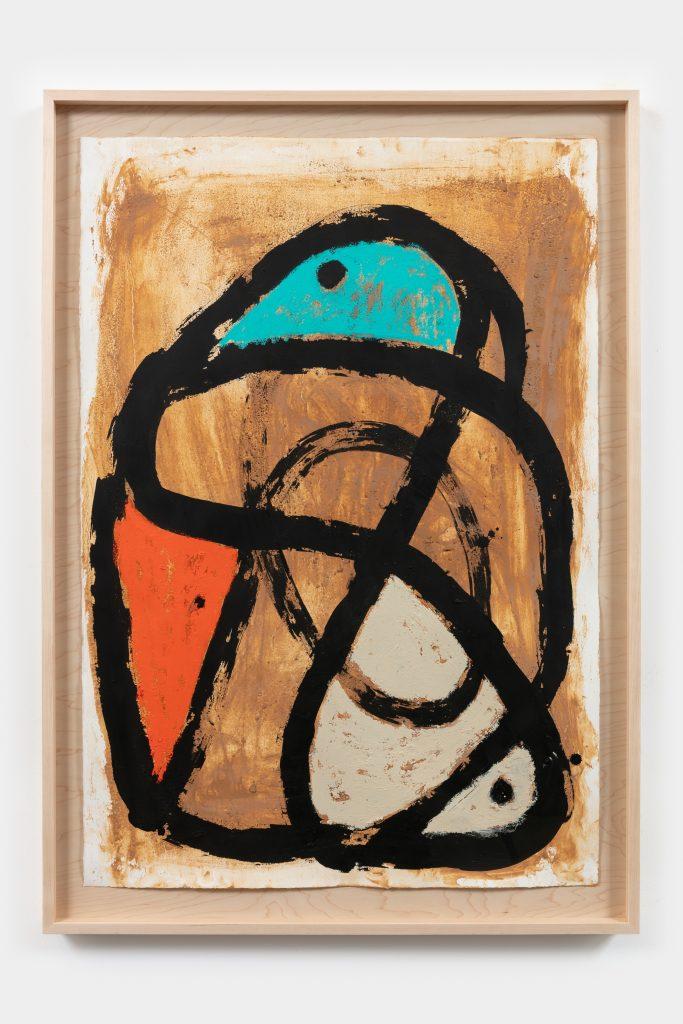 The task of facing the overlapping ecological, economic, and institutional crises that have come to a peak in the past few years has brought many artists a renewed sense of urgency to offer both critiques and alternatives to the often exhausting, extractive, and unsustainable systems of living and working that we’ve resigned ourselves to. Camil approaches these acute conditions as starting points toward new forms of connection and support.

Among the artist’s new collaborators are the permaculture plants growing together on her countryside property, and the bees that pollinate them.

Her trajectory began with a traditional art education. As a child, Camil had drawing and painting classes as well as many an afternoon wandering through museums, and, as a teenager, she worked as an assistant to a printmaker. At the suggestion of a high-school counselor, she went on to study painting at the Rhode Island School of Design (RISD), and then to attend London’s Slade School of Fine Art. 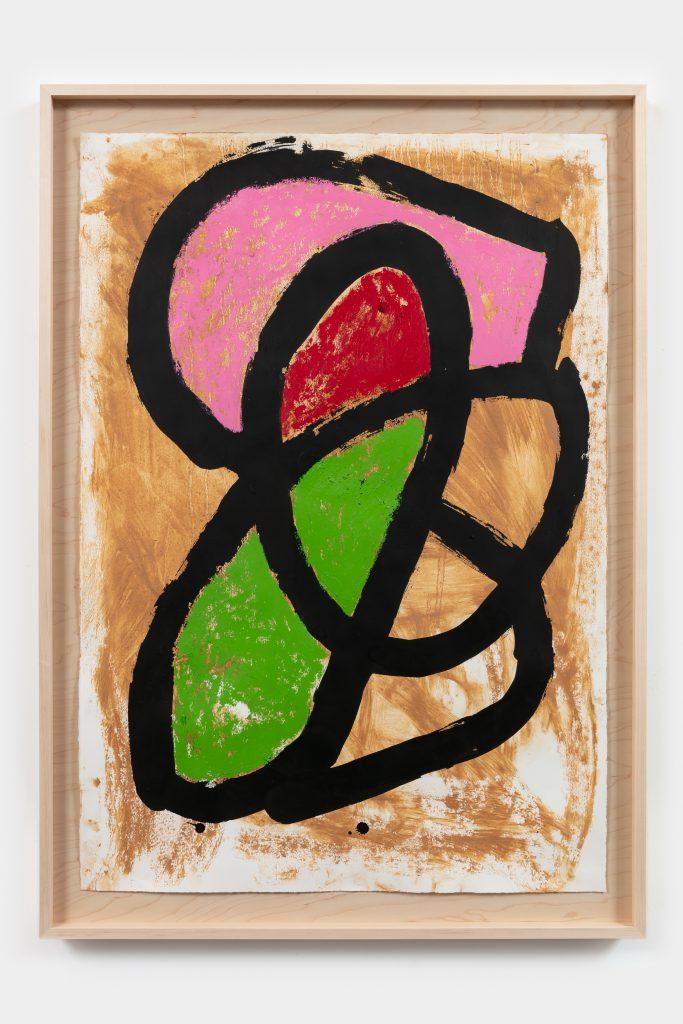 After graduation, Camil returned to Mexico City, where she was based all of the last decade. The building where she had a studio for several years was a restaurant and live-music club in the 1940s, complete with a stage, so she began hosting “La Noche Del Cisne” (“the Night of the Swan”), a series of cabaret nights, with fellow artists and performers. With Esteban and Anajosé Aldrete she formed the band El Resplandor, staging musical performances inside galleries and art spaces for which she created site-specific, room-spanning installations with intricately woven costumes to match.

“The idea was to generate a collective experience, so we would serve free mescal,” Camil said. “People could approach the sculptures, and the music might put them into sort of a trance. At the time, I wasn’t sure where it was going, but I think it’s a feeling that keeps repeating in the work.”

When the trio disbanded, Camil expand her art practice even more. “I tried to make work tackling ideas of capitalist society from a feminist or more domestic place,” she said—such as her “Espectacular” series of paintings and patchwork curtain installations that resemble the abandoned billboards around Mexico City. 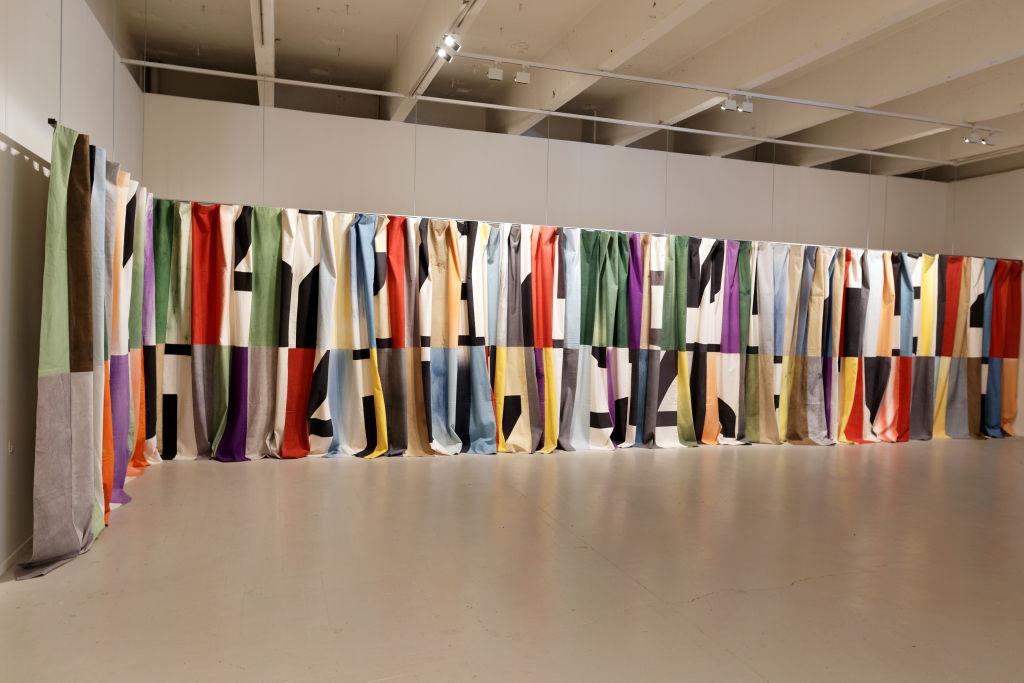 The signs’ fading capitalist messages led her to consider other recourses to commercialism. For , her 2015 Frieze Project inspired by Brazilian artist Hélio Oiticica‘s wearable “parangolé” artworks, she made—and gave away—hundreds of ponchos, creating an oasis of glee at a commercial fair.

Camil’s art is exhibited and sold in the same fairs that it often confronts—her works on paper and wall-hanging cloaks go for $15,000 to $35,000; her larger sculptures and installations for $40,000­–$80,000—and she has had pieces acquired by museums such as Mexico City’s Museo Jumex.

“I was trying to tap into ideas of exchange and the art market and—most important—to see if I could give value to things beyond money,” she said. “I wanted to heighten the importance of other kinds of exchanges with the public.” 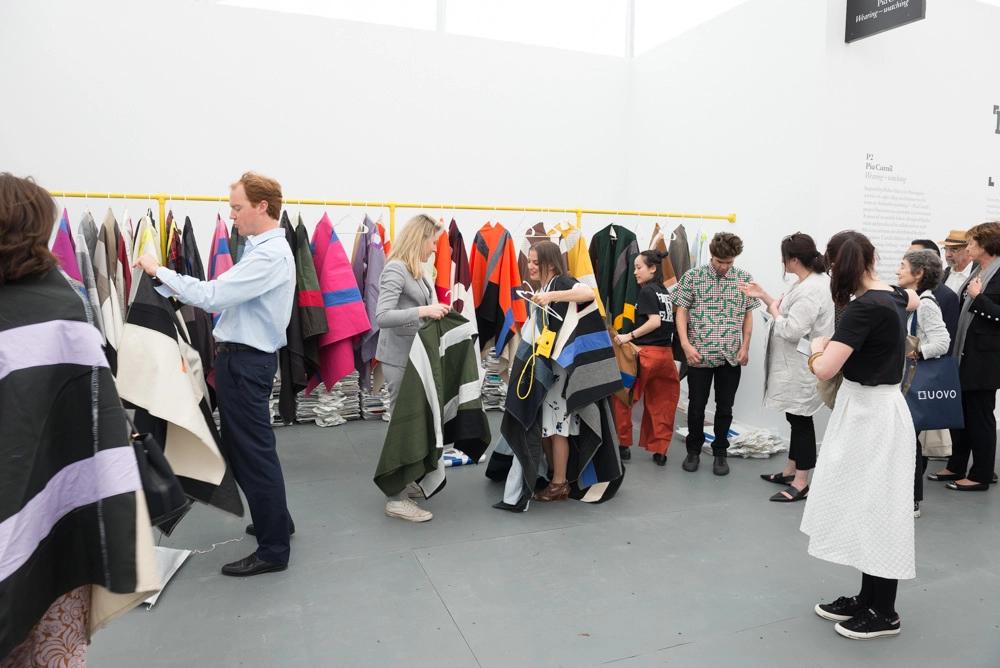 “The critique inscribed within her work draws the attention of curators and thinkers around the world in a moment of global crisis that is not only economic, but territorial and identity-based,” said Erdmann. “As a woman artist working from Latin America, the themes she’s exploring reveal a difference in perspective that must be considered as we advance towards a more democratic future.”

Likewise, “A Pot for a Latch,” Camil’s 2016 solo exhibition at New York’s New Museum, was inspired by the traditional Native American gift-giving festival known as the potlatch, which aims to redistribute wealth within the community. Museumgoers were invited to exchange a personal item of value for one left behind by someone else; wares were displayed in wall-hanging display systems typical of discount stores. 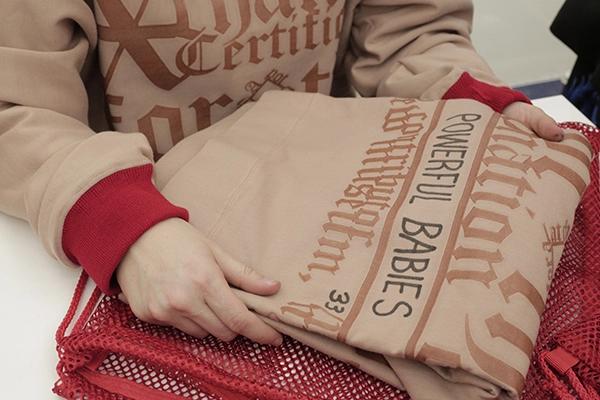 “Pia opens up space to question systems—systems of production, of value, of culture, of commerce,” said New Museum senior curator Margot Norton. “I was interested in how her work both questions and expands upon these established structures, and how brilliantly she extends these strategies to specific contexts in galleries, public spaces, and museums.”

She added: “Her work encourages viewers to reflect on their own positions within these systems, and how they might too transcend or transform them.”

“A Pot for a Latch” became a starting point for Camil’s tee-shirt works—huge installations of hanging flags, clotheslines, and quilted tapestries fashioned from tops produced in Latin-American factories for American consumers. Whether discarded or donated, they eventually landed back in Latin-American countries as donations or debris. 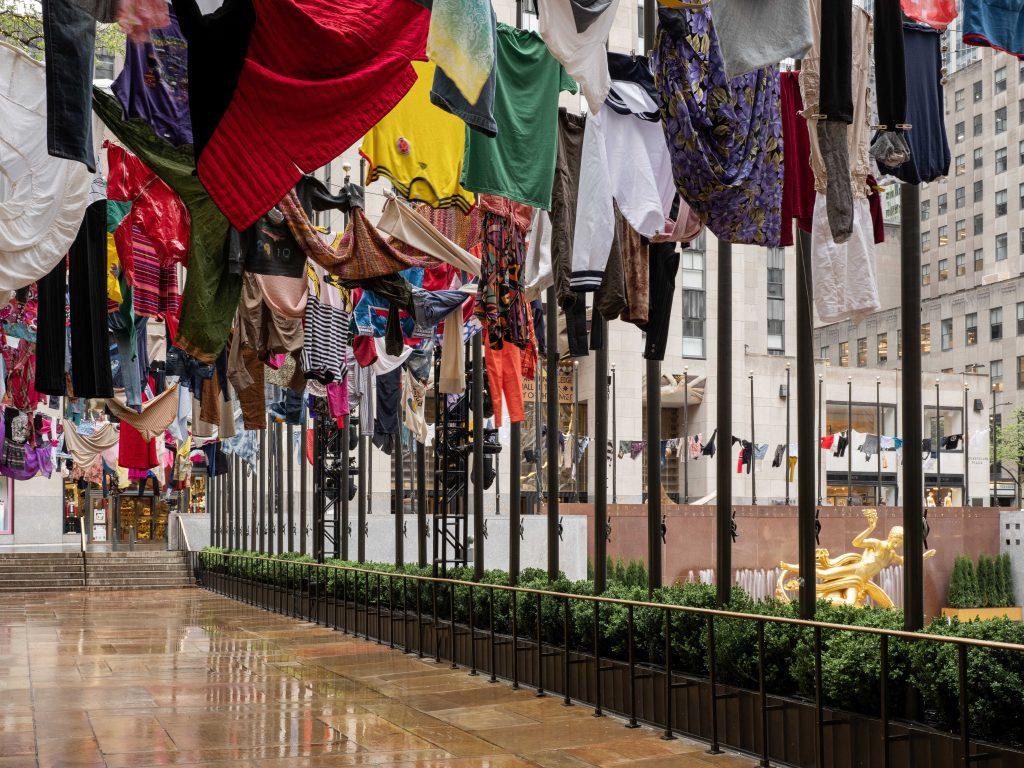 Often quilted by Mexican seamstresses in Mexico City, Camil’s enormous tee drapes close another loop in the garments’ life cycle. Among them, , a public installation by Mexico City’s MASA gallery, temporarily replaced the 193 United Nations flags at Rockefeller Center in Manhattan this past May.

Camil’s near-future plans include presenting an exhibition at her Bogotá gallery Instituto de Visión next summer, and releasing her first monograph, made with graphic designer Sofia Broid, through Los Angeles’s Inventory Press next fall.

In the meantime, the artist has been busy in her new surroundings, cultivating everything from coffee to honey on the farm. “It’s a way of rejecting the highly capitalistic and individualistic reality that we’re all living in,” she said.