The bizarre sight of a lonely church tower rising from the middle of the cave lake became popular with tourists looking to create quirky Instagram posts and even spawned Marco Balzano’s 2018 novel Resto Qui (I’m Staying Here), as well as Curon Netflix thriller (2020).

The famous 14th-century bell tower was the only visible remnant of the village, which was once home to about 900 people. Curon was part of Austria until 1919. The villagers, many of whom could not speak Italian, were ill-equipped to fight the plan to combine Lakes Resia and Curon – two of the three natural basins in the Resia Pass in the Southern Alps – thereby flooding their homes to generate hydropower.

The construction of the dike was delayed by five years due to World War II. However, despite the efforts of local residents, Kuron was eventually flooded in 1950. The village of Curon Ventosa, which overlooks the flooded city and today has about 2,500 inhabitants, was formed after the original was lost. 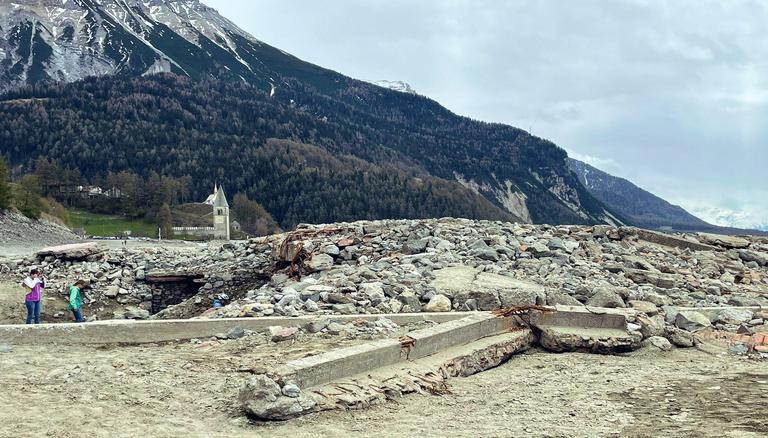 In April, the missing city began to surface when workers drained the lake to repair a hydroelectric power plant. However, the exposed stone steps, walls, and vaulted lost draw cellars have gone largely unnoticed as tourist destinations have been closed to visitors due to the global pandemic.

There are only a couple of weeks left before the Italian village Curon floods again, as the energy company that owns the dam slowly refills the lake.

The former town, known as Lake Rezia or Reschensee in German, lies close to the borders of Austria and Switzerland. Photos and videos of an abandoned village appear on social media. They show the ruins in a picturesque setting among the hills of South Tyrol.

Winter will create another tourist attraction. Legend has it that one can climb the tower on a frozen lake and still hear the ringing of church bells, although they were removed in 1950. 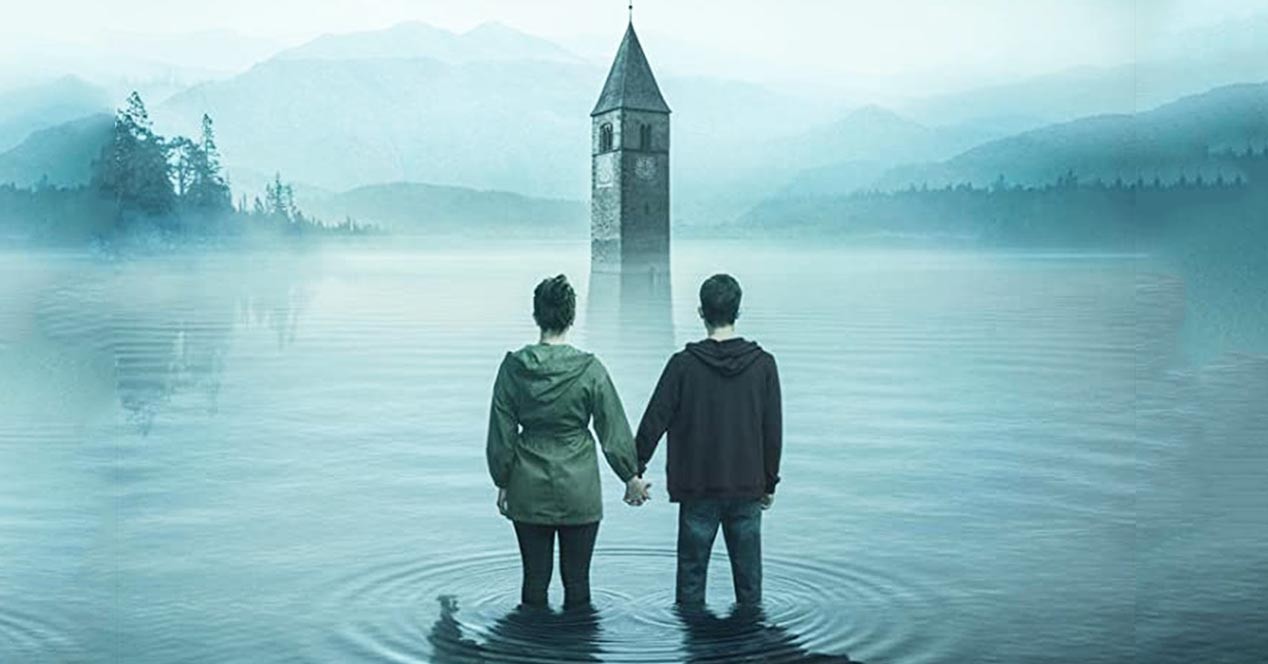 If you want to spend your weekend with a good dose of horror, then Curon Netflix is for you. Based on the Italian streaming service list, the show follows the story of a pair of twins, Mauro and Daria, who return to their mother’s hometown only to lose her within days of arriving.

They were trying to find out what happened to their mom.  And meanwhile, they had to learn the history of the city. Startling revelations await them, and things take a terrible turn as the search for their mother intensifies.

They find out the reason why she was so adamant about returning to Curon. But most importantly, they find out why she was so eager to leave him at all. The Italian village Curon becomes the third protagonist of the story and often becomes so hostile towards the twins that he almost feels like an antagonist.

It is a place steeped in history and beautiful locations that are as exciting as they are dangerous. Where is this place in real life? Where was “Curon” filmed? 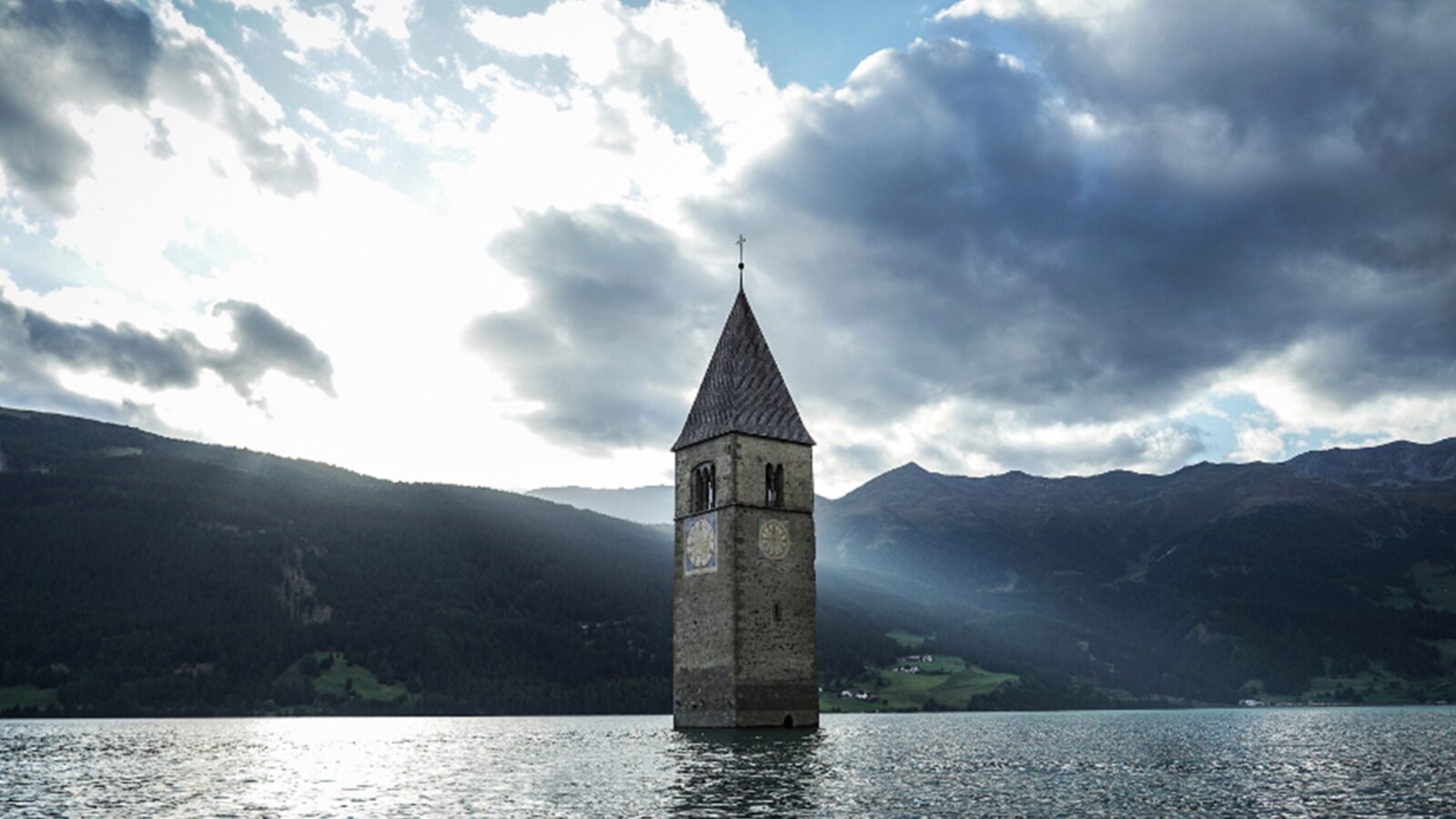 While most supernatural shows tend to take their stories into imaginary small towns that give them the freedom to create their own myths and legends, Curon is heavily dependent on an already established reputation for being a real place in Italy.

The story was written specifically for the Italian village Curon, which is evident from how important local places and local legends are to the history of the Netflix show. Most of the locations we see on the show are real, including the infamous bell tower.

Curon is a real place located in the north of Italy. Curon Netflix portrays it in a gothic light, a task made easier by the place’s inherent mystery. It is located in Trentino Alto Adige, very close to Cave Lake Resia, where the bell tower is located.

The tower, half-flooded in the lake, has its own legends that have gone down in the local history of this place. Another important place in the film is the caves, which create a claustrophobic atmosphere in the plot.

These scenes were filmed in the Gampen bunker in the Passo Palade. In addition to these locations, the film crew was also spotted filming in Trentino and Bolzano.