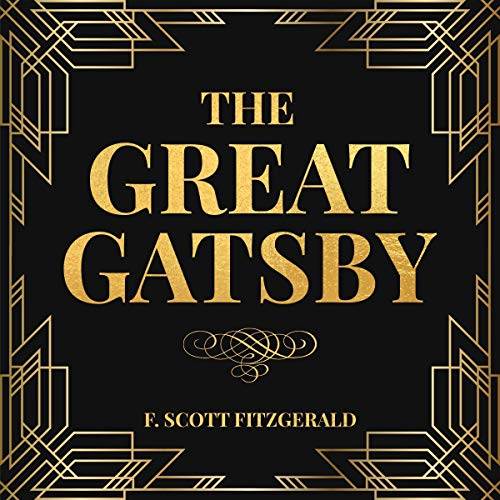 You’ve probably heard of The Great Gatsby drama film before .

The Great Gatsby by Baz Luhrmann, is the postmodern adaptation of the novel by Francis Scott Fitzgerald, the American modernist writer. The film is set in the upper aristocracy of America. It was a real challenge to adapt this sublime novel which always carefully avoids sentimentality and constantly emphasizes the unbridled romanticism of its main character.

The film captured Fitzgerald’s symbolism perfectly, and with every scene that passed, it felt like the producer took the viewer to read the novel together. Students working on essays about the Great Gatsby are often in love with the movie for how impeccable it is. With a well-crafted, chronological story and an irreproachable staging, this feature film touches our hearts with its sincerity and all the emotions that run through it. The work on the sets and costumes is impressive, as well as the special effects that are omnipresent throughout the film. It’s one of the best movies we’ve seen.

In The Great Gatsby , narrator Nick Carraway tells the story of Jay Gatsby, one of West Egg’s richest men. Gatsby was born into a poor family, but he managed to amass extravagant wealth through his work with millionaire Dan Cody. Gatsby’s desire for wealth was driven by his love for Daisy Buchanan.

Why “the American dream”?

When we analyze the main theme of The Great Gatsby more precisely , we see that it has a much broader scope than this romantic plot. Gatsby embodies the American dream: he was born poor, but he wanted to gain better status and went to great lengths to achieve higher wealth and social status.

The film as well as the novel, underlines the vanity of the excessive and hedonistic lifestyle adopted in the well-to-do circles during the period of prosperity of the 1920s (the period known as the Roaring Twenties). Research papers on the American Dream often discuss how through Nick’s eyes, we see how frivolous it all is, how lonely and ultimately unrewarding the endless parties, contraband alcohol, and general hedonism are.

Let’s go back. When World War I ended in 1918, the battling generation of young Americans confronted a communal feeling of disillusionment, as the horrible slaughter they had just witnessed had swept away Victorian social virtue, to be replaced by an empty and oppressive hypocrisy. The dizzying surge in the stock market in the aftermath of the war resulted in a fast and persistent increase in national wealth and a notable rise in materialism as individuals began to spend and consume excessively, a development that affected all tiers of the population.

However, in 1929, the Wall Street crash abruptly ended American economic prosperity.This shines through in the story of the film, where we observe a society that lives recklessly and excessively, without any control, presaging through their sins impending disaster.

Furthermore, the passing of the Eighteenth Amendment in 1919, which prohibited the sale of alcoholic beverages, produced a booming underworld aimed to fulfill the tremendous demand for alcohol, as well as smuggling among affluent and poor alike. The characters in The Great Gatsby appear to position themselves as symbols of these societal tendencies. Both Nick and Gatsby, who served in World War I, exemplify the war’s cosmopolitanism and cynicism.

Indeed, in The Great Gatsby, locations and objects only have value when the individuals give them one. The capacity to create significant and universal symbols is crucial to the American Dream, since early Americans imbued their new country with their own beliefs and values. Similarly to how Americans give meaning to their country via their aspirations, Gatsby instills in Daisy an idealistic perfection that she neither deserves nor possesses.

The green light that Gatsby fails to catch symbolizes the unattainable dream that lives in each of us. Gatsby’s continued hope for the best is similar to society’s desire for endless growth in the economy. Thus, the destruction of Gatsby’s dream and the Wall Street crash demonstrate that the American dream is unattainable or unrealistic in its proportions.

The conflict between “old rich” and “new rich” manifests itself in the two geographical areas depicted in the film: East Egg, which brings together the aristocrats, West Egg, haven of the more modest layers of the population. The fortune of Meyer Wolfsheim and Gatsby symbolizes the rise of organized crime and smuggling.

The Gatsby story helps us understand that being too focused on the American Dream can prevent the person concerned from living in the present moment. It is therefore more important to focus on things that are more tangible, lasting and authentic than money, such as social relationships. The proof, Gatsby became more fulfilled and happier when he befriended Nick and fell in love with Daisy, and not because of his wealth.

Plus, the High Line Plinth commission is announced, and Julien Creuzet wins the Etant donnés Prize.