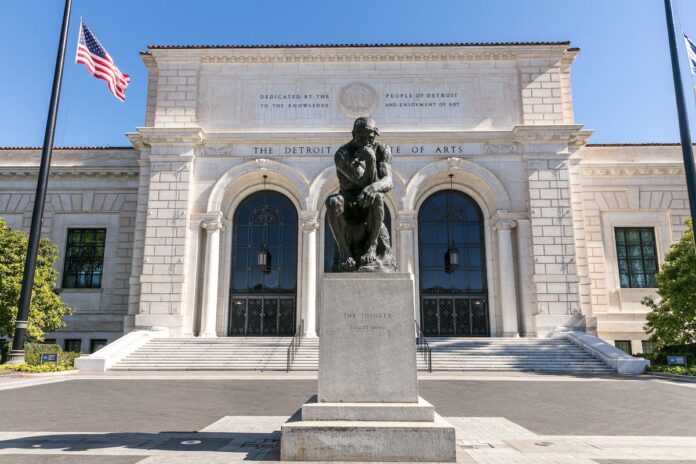 Amid disagreements over the leadership of the Detroit Institute of the Arts, seven members of the museum’s board have resigned. According to Art Newspaper, the members’ departure followed the leaked recording of the November board meeting. At that time, lawyers hired to investigate the behavior of DIA director Salvador Salort-Pons revealed ways in which his behavior allegedly contributed to the formation of hostile work culture in the institution.

Investigators reportedly detailed Salort-Ponce’s lack of capacity to address racial issues, incidents of gender insensitivity from the director, and fear of retaliation from staff.

DIA Chairman of the Board Eugene A. Gargaro Jr. said that since the release of this confidential recording, he was engaged in constructive and frank discussions. He pointed out that they were being conducted to achieve consensus in a fair and reasoned manner, in order to identify and recommend solutions to the serious problems that the board is currently addressing, while the executive committee of the board meets regularly.

The statement went on to say that at the March 26 executive committee meeting, there was a consensus in favor of continuing the action taken by the council late last year. It included frequent monitoring and reporting on progress to the executive committee and council. Some members disagreed and decided to leave the board.

Last year, Salort-Pons`s separate investigation focused on a complaint alleging that the director acted unethically by exhibiting work belonging to his family at the museum. This investigation found no evidence of misconduct on the part of Salort-Ponsa or Gargaro, who was named in the second version of the original complaint.

Detroit designers have always been at the forefront of car design. Futuristic concept cars, roaring muscle cars, and graceful racers designed in and around the city shape our understanding of what a car can be. Working on paper, clay, and metal, their ideas define American automotive culture and define how we live every day.

This exhibition highlights the influence of Detroit’s automotive designers from 1950 to the present. It brings together 12 coupes and sedans developed over this 70-year period to highlight significant advances in style and technology.

These 12 vehicles include unique pieces of experimental show cars designed for demonstration and iconic production models sold to the mass market. A collection of paintings and sculptures highlight the dialogue between the world of American art and automotive culture from the 1950s to the present day.

Robert Blackburn and Modern American Printmaking celebrate both the artist and the democratic and diverse creative community he has created. Blackburn was born to immigrants from Jamaica and raised in Harlem. He was an inventor-engraver and an influential teacher. Blackburn explored avant-garde ideas, promoting a new collaborative approach to printing.

The exhibition features over 75 works, including lithographs, woodcuts, gravure, and watercolors by Blackburn and artists with whom he collaborated, including Elizabeth Catlett, Grace Hartigan, Robert Rauschenberg, and Charles White. 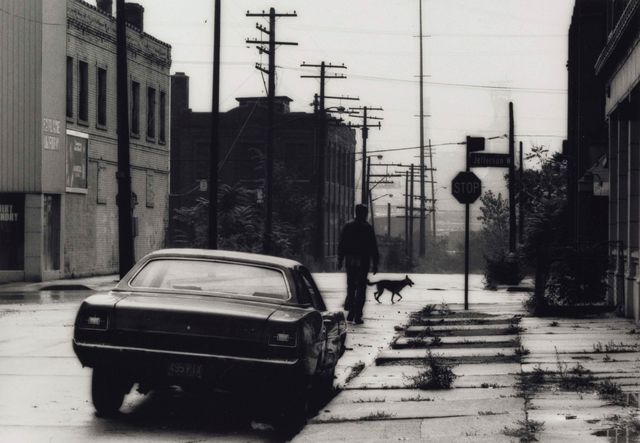 Detroit Institute of the Arts presents an overview of over 90 photographs by Russ Marshall. His black and white images have been inspired by Motor City streets, architecture, music, and factory workers for over 50 years.

The exhibition includes a special supplement that features photographs of Marshall taken from the public life of England and Eastern Europe during the recession of the Cold War in 1987-1990. Marshall interprets more than five decades of the lives of workers in Detroit and its environs with photographs that capture the heart and soul of the city, sometimes read as a melancholy poem, but more often as a sympathetic narrative of persistent people, places, and times that are gone. 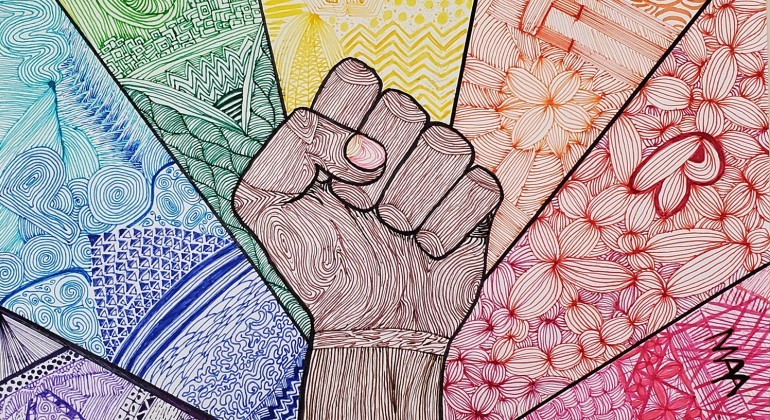 The DPSCD partnership is the longest-standing ongoing relationship between the Detroit Institute of Arts and an educational organization. Most of the students whose work has been featured in past exhibitions have pursued successful careers in the arts, including, among others, Mario Moore, a contemporary artist from New York, whose work has been featured in national exhibitions and is listed on the DIA’s permanent collection list.

To create the art of our time, artists often draw on their own worldly experiences – from personal to political, from aesthetic to commercial, from individual to collective, from spiritual to material.

While the Detroit Institute of the Arts presents Detroit Style: Automotive Design in an Automotive City 1950–2020 in contemporary art galleries, please enjoy this small selection of pieces acquired over the past decade as lavish gifts or purchases.

This installation is divided into three parts, which explore the use of abstraction and figuration, experimenting with traditional and new materials, and defining oneself and others. All these works invite you to take a closer look, ask questions and share your experience.

The Detroit Institute of Arts strives to collect and present the work of artists from different backgrounds and cultures. DIA shares the individuality and versatility of experiences, ideas, and concerns around the world and at home.

Black Is Beautiful: The Photography of Kwame Brathwaite

This Detroit Institute of Arts exhibition features over forty large-scale color and black-and-white photographs of Kwame Brathwaite. His work helped promote one of the most influential cultural movements of the 1960s, Black Is Beautiful, when black women and men turned to natural African-inspired hairstyles and clothing.

Black Is Beautiful: The Photography of Kwame Brathwaite is the first major exhibition dedicated to Brathwaite, a vital figure in the second Harlem Renaissance.

In 2022, the Detroit Institute of the Arts will celebrate the 100th anniversary of the purchase of Vincent Van Gogh’s 1887 self-portrait, the first painting by this iconic artist to be purchased by an American museum. In honor of the centenary of this landmark acquisition, and as one of the first defenders of the artist’s work in America, the Detroit Institute of the Arts will present the first exhibition dedicated to the presentation and early perception of Van Gogh’s work in the United States.

The exhibition will bring together about sixty paintings, drawings, and prints by Van Gogh from museums and private collections around the world. It will showcase the significant efforts made by the early promoters of modernism in the United States – dealers, collectors, private art organizations, community organizations, institutions,

and family of the artist – to create his biography and introduce him to his work in the United States.

Off-Site | Visions of American Life: Selections from the Nancy and Sean Cotton Collection of American Art

American artists have always seen beauty in the people, landscapes, and distinctive cultures that surrounded them. The forty paintings included in this exhibition, created between 1850 and 1940, offer unique views of the world and objects that inspired their creators.

Through these works, one can see the evolution of the United States from a young republic to a modern nation with global ambitions in the twentieth century. Their plots range from iconic ones, such as the majestic views of the natural world created by artists associated with the so-called Hudson River School in the mid-1800s, to unexpected ones, as seen on ticket stubs, newspapers, and carefully crafted peanuts. in realistic detail created by artists from the trompe l’oeil era at the turn of the twentieth century. 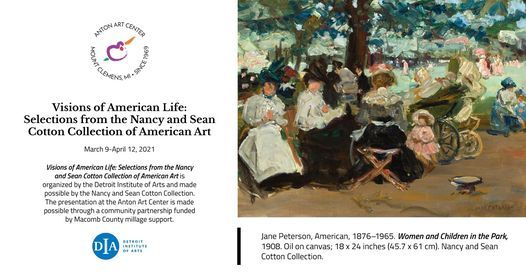