Home Exhibitions The biggest exhibitions opening around the world in 2021

Now more than ever, in the current situation, there is an urge to devote one’s free time to the field of art. What can compare to a visit to a museum, where you can learn something new, stimulate your imagination, or simply dream of the beautiful? Whether it’s the great masters, contemporary art, fashion icons or popular movies, this fall the capital offers a range of exciting exhibitions. Let’s support culture and go to museums!

“Matisse as a Novel” at the Centre Pompidou

On the occasion of the 150th anniversary of Henri Matisse’s birth, the Pompidou Center pays tribute to the artist with a large-scale exhibition that explores the close relationship between image and text. The exhibition of the most important works (drawings, paintings, sculptures, illustrated books) echoes Henri Matisse’s book The Novel, published by Louis Aragon in 1971, offering a new reading of this “life lived for art”.

In close collaboration with the British Tate Gallery, the Jacquemar-André Museum will host a retrospective exhibition featuring the work of William Turner, a central figure of the Golden Age of English watercolor. The exhibition will reveal the artist’s entire creative development from his realistic beginnings to his mature works filled with light and clarity. You will be able to admire 60 watercolor works and a dozen oil paintings.

The Quai Branly Museum gives visitors the opportunity to travel through time and space with an exhibition on the Olmec culture! Discover one of the greatest Mesoamerican civilizations (1600 BC – 100 AD), whose name comes from the word Olmán – “land of rubber.” More than 200 objects recreate three millennia of traditions, rituals, and customs characteristic of this little-known world.

And here is another exhibition that will attract fans of haute couture. The Palais Galliera reopens after a major renovation and presents the first retrospective exhibition in France dedicated to the designer and couturier Gabrielle Chanel. There will be 350 exhibits divided into 10 “chapters”, including the discovery of iconic Chanel items (jersey tunic, little black dress, tweed suit, etc.). There’s no doubt about it: Chanel is timeless!

“The Image of the Artist” at the Louvre Museum

The Little Gallery is hosting the exhibition “The Image of the Artist,” a continuation of the cycle dedicated to the great Renaissance art geniuses, in particular Da Vinci, Donatello, and Michelangelo. And, like a signature or a self-portrait, the use of images of the artists appears in history as a form of appreciation and affirmation of the significance of their work.

Umm Kulsoom, Asmahan, Fairouz, Soad Hosni, Dalida… These names may not evoke any emotion for you personally, but in their own countries, they represent stars of the first magnitude. These are legendary singers and actresses who became “divas”. The exhibition features various photographs, excerpts from films or concerts, glamorous posters and extravagant stage costumes, showing the enormous influence that these women had on the art world and on Arab society in general at the time.

“Black and White: a photography aesthetic” exhibition at the Grand Palais 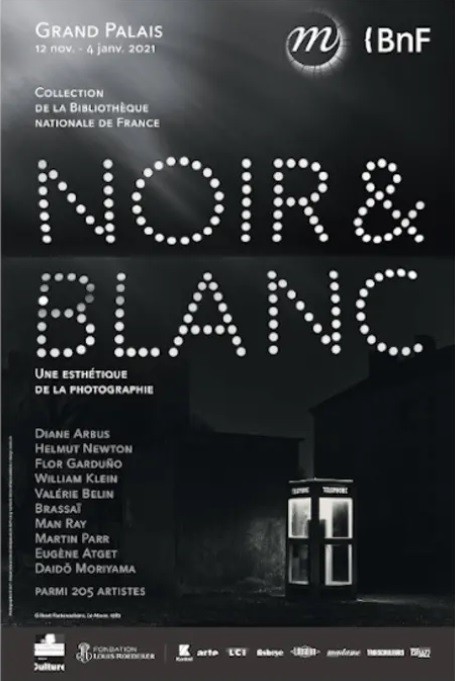 “Origins of the World. The Invention of Nature in the 19th Century” at the Musée d’Orsay

In close collaboration with the National Museum of Natural History, an exhibition at the intersection of science and art is opening at the Musée d’Orsay. It illustrates the questions posed by artists during the great discoveries of the nineteenth century and the evolution of the natural sciences. The place of man in nature is being questioned, new figures are emerging in art, new currents are being formed.

The exhibition “At the table! A meal, an art” in Sèvres

As the famous French advertising slogan goes, “Happiness begins with good food.” And for the French, nothing is more true than that expression! To mark the 10th anniversary of the inclusion of French gastronomic culture in the UNESCO World Heritage List and the 280th anniversary of the Sèvres manufactory, the museum is hosting an exhibition on the history of this trend in France, from antiquity to the present day. There are 1,000 incredibly fascinating exhibits on display, inviting you to a gourmet feast!

The retrospective exhibition dedicated to Cindy Sherman, originally to be held at the Louis Vuitton Foundation from April 1 to August 31, 2020, has been rescheduled to run from September 23, 2020 to January 3, 2021. A great opportunity to admire the New York photographer’s 300 images taken between 1975 and 2020! The artist is known for her conceptual photographic portraits. In her work, she questions ideas about the role of women, especially in American society in the 1960s and 1970s.

Artist Diana Markosyan’s project is called “Santa Barbara,” in honor of the very series from the 1980s that she watched with her mother in Moscow when she was very young. In her work Diana tried to rethink her mother’s emigration from Russia to America. She went overseas as a bride from a marriage agency catalog: someone chose her and she went in search of a better life for herself and her children. Markosian invited several actors to play the roles of her relatives and made a film with them on old film. One of the screenwriters of the real “Santa Barbara” even participated in the creation of the tape. His dialogues were never included in the final version, but they are in the Aperture Publishers monograph published for the opening of the exhibition.

South African artist Tracy Rose, in her twenty-fifth year, decided it was time to look at her own work from the outside. The exhibition Shooting Down Babylon is named after one of her 2016 audiovisual works. In it, Tracy explored Eastern rituals of purification and exorcism, and attempted to answer the age-old questions: can colonial trauma be healed and how can it be done? And information for true fans of Rose – a book about her quarter-century-long career will be timed to coincide with the opening of the exhibition.

American artist Martin Sims decided not to enclose her texts, photographs and videos in heavy frames or confine them to screens, but instead to walk on walls, floors and furniture as if they were sun bunnies. As winner of the prestigious Future Fields Commission award, Martin revisited her longtime heroine named Athena, a professional golfer who first appeared in her short film Capricorn. The new work is a fusion of music, video and augmented reality.

In the 1950s, Ghana was going through an era of change, and the people of Accra went to James Barnor’s studio to have their photographs taken. The latter managed to capture the types and events of that era quite brilliantly. “Any significant metropolitan celebration, any procession, it was all happening right under our noses,” the photographer recalls. Happy lovers, young children, famous actors and athletes posed in front of his wallpaper with clouds. Meanwhile, outside the window, protests and election battles were raging. In the early 1960s, he moved to London, where he also did not sit idly by and recorded on film intoxicating pop culture of the time. All of this will soon be on view at the Serpentine Gallery.

Diane Lawson is the first photographer to win the Guggenheim Museum’s Hugo Boss Award. Her staged, sometimes even solemn sketches of family life are the basis of a solo exhibition that will open in the spring. Lawson says these enigmatic images are a mirror of everyday life and also a projection of her own wishes. “New standards and new values are being set here, and I’m sort of reminded that everyday life in the black community is beautiful and meaningful and very meaningful.”

The Politics of Relation, Felix Gonzalez-Torres

Mountains of fortune cookies, stacks of posters, beads – Felix Gonzalez-Torez (who died in 1996) invites viewers to somehow interact with his body through objects that can be touched, taken away with him, and even eaten. A variety of things speak in their own way about love, illness, and the problems of migration. The Politics of Relation exhibition is an attempt to explore Felix’s creative legacy through the lens of Spanish, Latin American, and Caribbean cultures, authoritarianism, and passion.

The underground spaces and labyrinths of 180 The Strand – home to the Vinyl Factory recording studio and London Fashion Week – are turned upside down, all for an exhibition of Japanese Reji Ikeda, who works in the genre of light and sound installations. The artist has never had such a large-scale exhibition in Europe before.

‘You draw what you are’. Dutch artist Marian de Wit

The Fall of Cherry Blossoms in a French Hotel