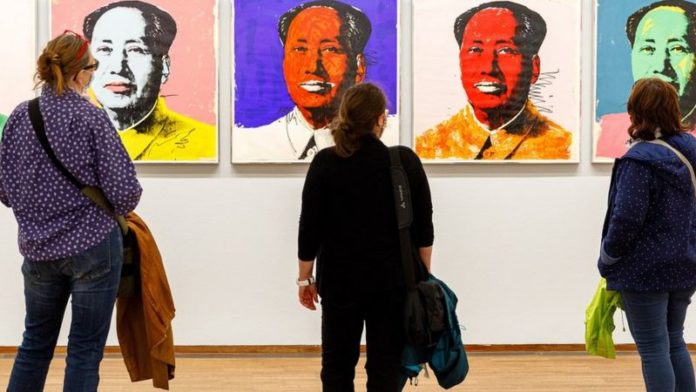 The new year in the UK began with another national lockdown (already the third in a row), but this doesn’t mean that representatives of the art world have stopped planning grand events. Already at the end of March, museums and galleries of London will return to work, and with the biggest premieres – exhibitions of both modern and classical artists. Which ones can’t be missed? And where should you reserve tickets in advance?

Banksy’s Art in the Heart of Covent Garden

This spring, Art of Banksy, the world’s largest touring collection of works by a renowned street artist, will open in London. The curator of Art of Banksy, international street art expert Chris Ford, called the event the only one of its kind. The exhibition will unfold in 12,000 square feet of space in Covent Garden. It will feature prints, canvases, stencils, sculptures, unique works, and limited-edition pieces from 1997 to 2008, the period when Banksy created his most recognizable creations.

All pieces are provided by private collectors.  The exhibition has already visited Sydney, Miami, Amsterdam, Istanbul, Tel Aviv, and Toronto, where it was seen by more than 750,000 people. In London, the exhibition opens at 50 Earlham Street, Covent Garden, on March 25th and runs through September 26th.

Digital Paintings by David Hockney at the Royal Academy of Arts

In the midst of a pandemic, iconic British artist David Hockney captured the arrival of spring on his iPad while at his home in Normandy. Using digital tools, he created 116 new works praising the beautiful natural world. Hockney has exhibited canvases painted on iPads before. For example, in 2012, at the Royal Academy opened the exhibition “David Hockney: A Bigger Picture” (“David Hockney: A Bigger Picture”), which presented about 300 works of the artist. Among them – digital albums with sketches and drawings. The exhibition was successfully shown in London and other European cities, including Bilbao and Cologne.

The opening of the new exhibition The Arrival of Spring, Normandy, 2020 will take place at the Royal Academy of Arts exactly one year after the works were made by the artist. It is scheduled for March 27, 2021.

“Alice in Wonderland” at the Victoria and Albert Museum

Lewis Carroll’s magical story of Wonderland has fascinated young and adult readers for generations. Now Alice’s adventures will be the subject of a new large-scale exhibition at the V&A that will reflect the entire evolution of the story, from the first manuscript to the global cultural phenomenon that inspired such masters as Salvador Dali, Walt Disney and Tim Walker.

The theatrical journey of Alice: Curiouser and Curiouser will bring together more than 300 objects within the walls of the museum. Major exhibits include original drawings by John Tenniel, sets from various film adaptations, album covers for Little Simz and Bob Crowley’s costume for Queen of Hearts from the 2011 production of the Royal Ballet. The exhibition is scheduled to open March 27, and tickets can be purchased now on the museum’s website.

“Infinity Rooms” by Yayoi Kusama at the Tate Modern Gallery

The long-awaited Infinity Rooms exhibition at London’s Tate Modern gallery will feature immersive mirror installations created by renowned Japanese artist Yayoi Kusama. During her long career, Yayoi Kusama has worked in painting, sculpture, illustration, performance art, film and fashion. Today she is immensely popular thanks to her successful collaborations with major brands such as Louis Vuitton and Ferragamo, and her status as one of the most expensive living artists. Interestingly, her unique art has its origins in hallucinations, which Kusama has suffered from childhood. Therefore, the artist spent the last 30 years of her life in a psychiatric hospital.

In 2012, the Tate Modern already held a retrospective exhibition of the artist. The new installation is scheduled to open on March 29, 2021 (the exhibition will run until March 27, 2022).

Artworks by Jean Dubuffet at the Barbican Center

A retrospective exhibition entitled Brutal Beauty will introduce Londoners to the work of the French artist Jean Dubuffet, one of the most unusual and provocative voices in the world of post-war contemporary art. The artist first gained scandalous fame with his series of works entitled Women’s Bodies (1950) – depictions of nude figures as if dented into picture planes. The exhibition at the Barbican will be a continuation of Dubuffet’s rebellious philosophy and, opposing conventional notions of beauty will try to convey the poetry of everyday life with harsher and more authentic images.

The four decades of the artist’s career will be reflected in the diversity of his work: from early portraits and fantastical statues to giant colorful paintings and assemblages of butterflies made in the “assemblage” technique, the collage series Little Pictures of Butterfly Wings (1953), which Dubuffet called assemblages d’empreintes (“assemblages of prints”). It will be possible to look at them and more this spring (they were scheduled to open on February 11, 2021. The center will probably announce new dates in the near future).

Retrospective by Marina Abramovic at the Royal Academy of Arts

The long-awaited retrospective exhibition spanning the 50-year career of Serbian artist Marina Abramović will be one of the biggest events in the art world in 2021. It will feature iconic works and performances, as well as some of the new works created especially for the exhibition at the Royal Academy of Arts. According to Abramović, they are intended to reflect changes in the “artist’s body” and her “perception of the transition between life and death.”

The exhibition is scheduled for September 25. It is reported that it will run at the museum until December 12, 2021. Tickets can be purchased now on the Royal Academy’s website.

Like many events this year, the opening of the American Academy of Motion Picture Arts and Sciences Museum has been postponed because of the coronavirus pandemic.

The tentative completion date for the project is set for Sept. 25, 2021, with exhibits, film screenings and educational programs, available to the public beginning Sept. 30. The Film Museum is set to become the world’s leading institution dedicated to the industry, films, directors and actors from around the world. 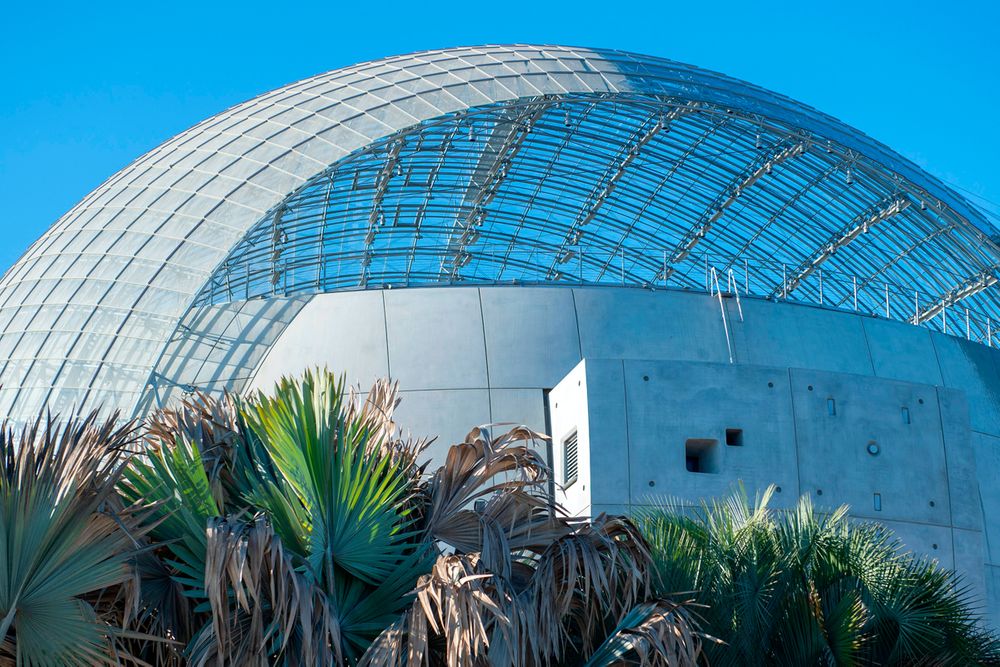 The construction of the Museum by the American Academy of Motion Picture Arts and Sciences was announced in 2012 and was supposed to be completed in 2017, but the realization of the idea has been delayed. The ambitious project was undertaken by Pritzker Prize-winning architect Renzo Piano, who once built the Pompidou Center in Paris.

The museum was originally earmarked $250 million and was supposed to go toward restoring the historic 1939 Saban building, building a spherical glass dome overlooking the Hollywood Hills and a Barbra Streisand glass bridge that would connect the two buildings. 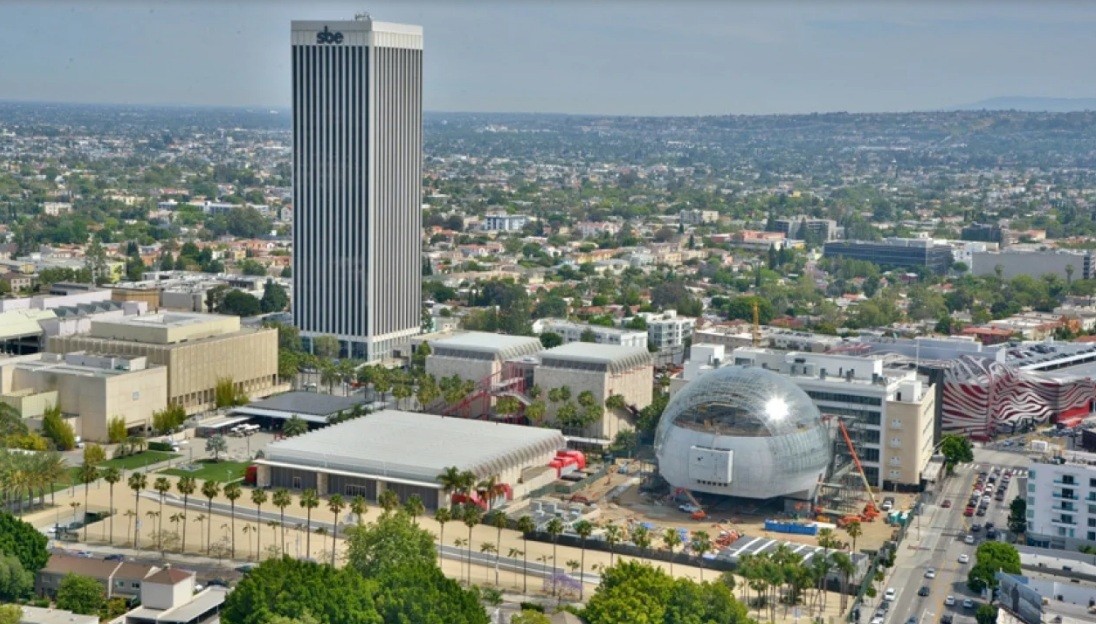 The film academy museum will be housed in 30,000 square meters and will include classrooms, exhibit halls, galleries, a 1,000-seat David Geffen movie theater with handmade Italian chairs and seating areas. The cost of the project has risen during construction and is now estimated at $388 million.

One of the first exhibitions will be devoted to the animation retrospective of Studio Ghibli, the legendary director Hayao Miyazaki. There are plans for an Oscar award and screenings of nominated films. 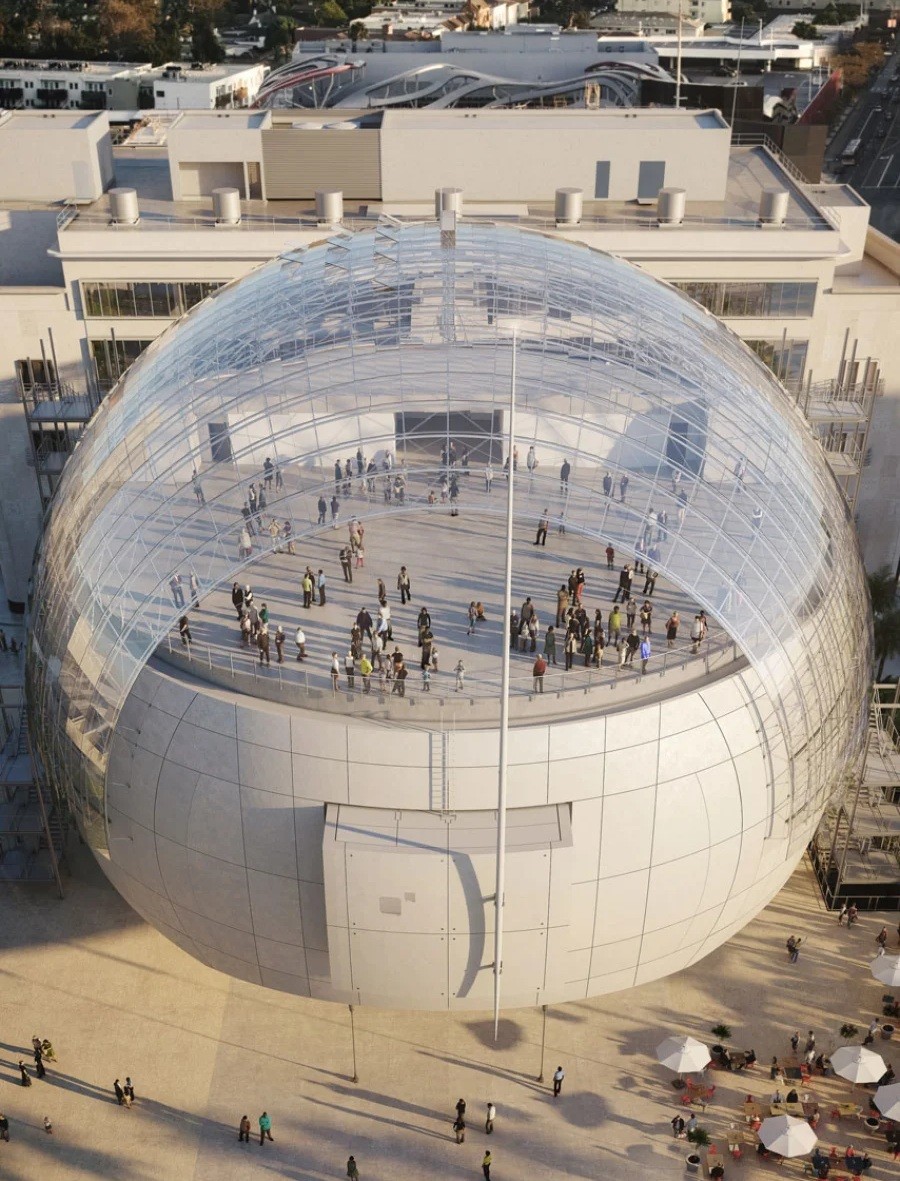 Ted Sarandos, chairman of the Academy Museum Board of Trustees, is optimistic despite the postponement of the opening. He assured patrons that a lot of work has been done this year and they were able to get LEED Gold certification and have the exhibits installed. 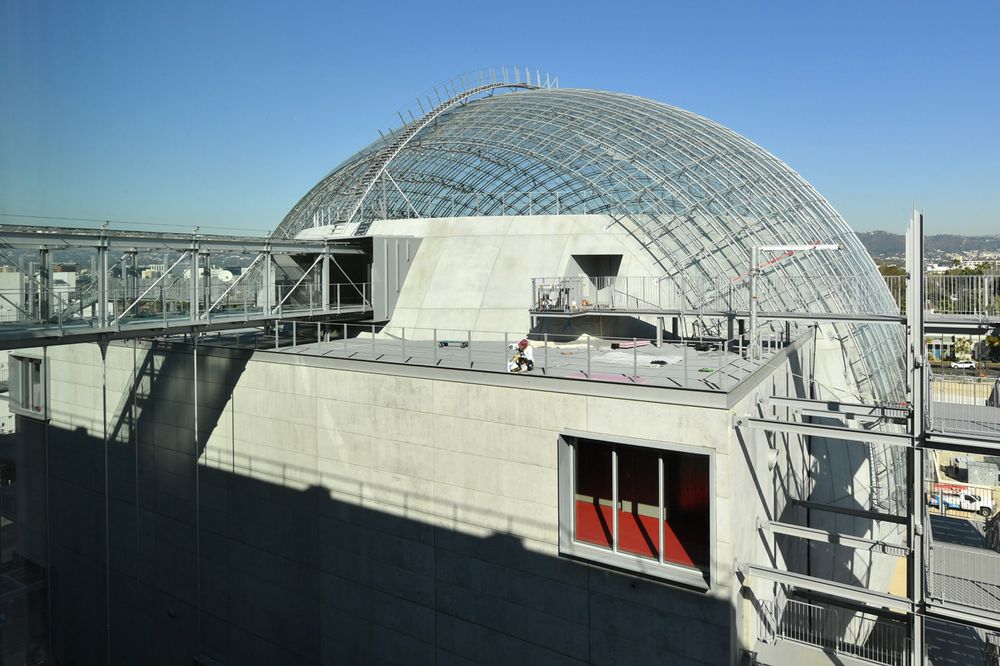 “We are fortunate to have one of the most exciting new cultural institutions in the world ready to go. Now it’s just a matter of patience for all of us as we look forward to opening our doors on September 30,” said Film Museum Director Bill Kramer.

The opening of François Pinault’s private Bourse de Commerce museum in Paris is scheduled for January 23, 2021. The cost of the museum, designed by Tadao Ando, is 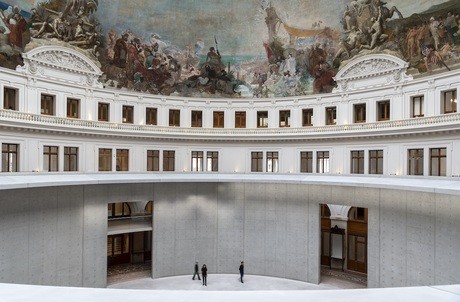 estimated at $170 million. In a statement, Pinault stressed that the opening of the museum will not only be an addition to the landscape of European contemporary art museums but also “will contribute to the revival of the Parisian cultural sphere after the difficult year that France and the world experienced in 2020. Among the world’s leading collectors, François Pinault has amassed an extensive collection of contemporary art, including works by Olafur Eliasson, Urs Fischer, Damien Hirst, Jeff Koons, and others. Paris leased the Pinault Stock Exchange building in the Le Alle district for 50 years for Pinault to do restoration work, to be overseen by Pritzker Prize winner Tadao Ando, who had already done projects for Pinault in Venice (Palazzo Grassi and Punta Della Dogana). The museum was supposed to open back in the summer of 2020, but the ceremony was postponed due to the ongoing COVID-19 pandemic.