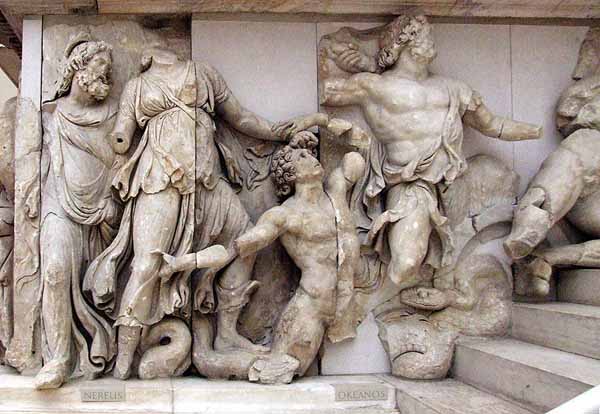 The Kiss by Rodin

The Kiss by Rodin is one of the most famous sculptures in the world.

The passionate love of Francesca da Rimini and Paulo Malatesta inspired not only Dante to create the image of tragically in love, but also the French sculptor Rodin to create the Kissing composition. He planned to use the statue in Hell’s Gate, but feeling that it did not suit the mood, he decided to make a separate composition. The master used light and shadow to create a sense of reality in the same way that his contemporaries, the Impressionists, used colors.

Auguste Rodin’s most famous sculpture, The Thinker, like many of his other creations, was conceived as part of a composition based on Dante’s Divine Comedy. It was planned that the sculptural group would decorate the gates of the Museum of Decorative Arts in Paris.

Rodin called his work “The Poet” because it depicted Dante himself, whose sculpture was to be placed above the gate. However, the master realized that the statue has a broader, more universal theme: a man who is going through a fierce internal struggle.

A copy of the Venus de Milo often adorns the halls of museums, government agencies and private mansions. So it is impossible not to recognize it as one of the most popular sculptures in the world.

The author of the statue, which is now exhibited in the Louvre in Paris, is unknown, as well as the time of its creation. The sculpture was found by a peasant on the island of Milos, located in the Aegean Sea. During the ups and downs associated with the transportation of the sculpture to France, the hands of Venus were lost. However, they say that in one hand the goddess held a shield, and in the other a mirror. There is also a version about an apple given to Aphrodite by Paris.

The Discobolus or “discus thrower”

“Discobolus” by the ancient Greek sculptor Myron became one of the most famous sculptures and a masterpiece of the classical period.

The Greeks defeated the Persians in a battle of marathon, the desired peace came and the artists, supported by a spirit of optimism, began to create new masterpieces in a more realistic manner. The original statue is made of bronze and is kept in the Roman National Museum.

The statue of “Hermes” is the only known masterpiece of the ancient Greek sculptor Praxiteles, which has survived to this day. The sculpture was created around 343 BC. e. in the city of Olympia, where it is now kept in a museum. Praxiteles is known for his talent for reproducing facial and head features, in particular hair. The bust of Hermes has been repeatedly investigated, trying to discover the secret of the sculptor. However, so far, any attempts remain unsuccessful.

Stand back: Rijksmuseum showcases huge works on paper—some the size of an entire room—in new exhibition