Home News A 26-Year-Old Artist With an Unprintable Name Gets a Show at Cheim... 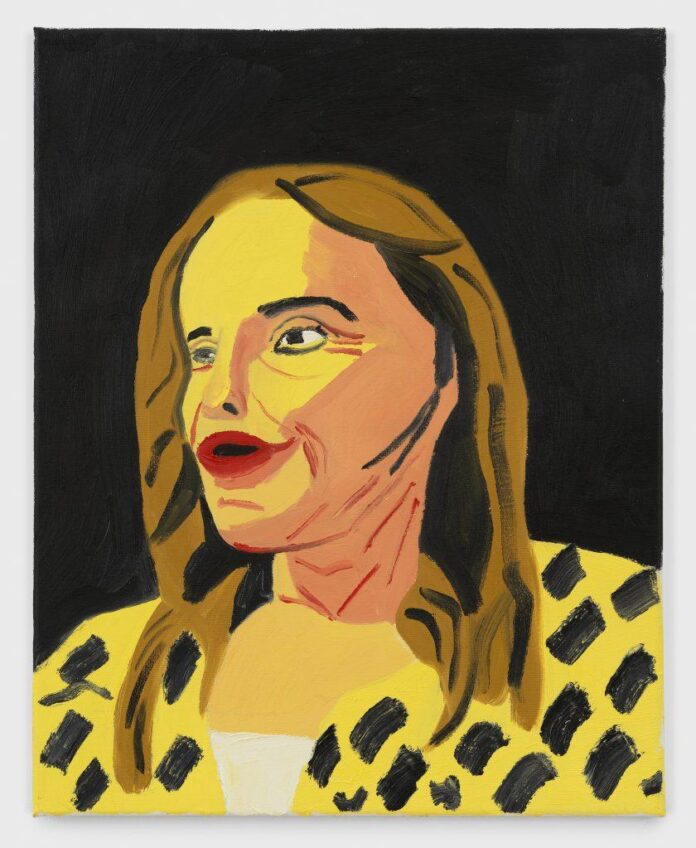 WHAT YOU NEED TO KNOW ABOUT CUMWIZARD69420 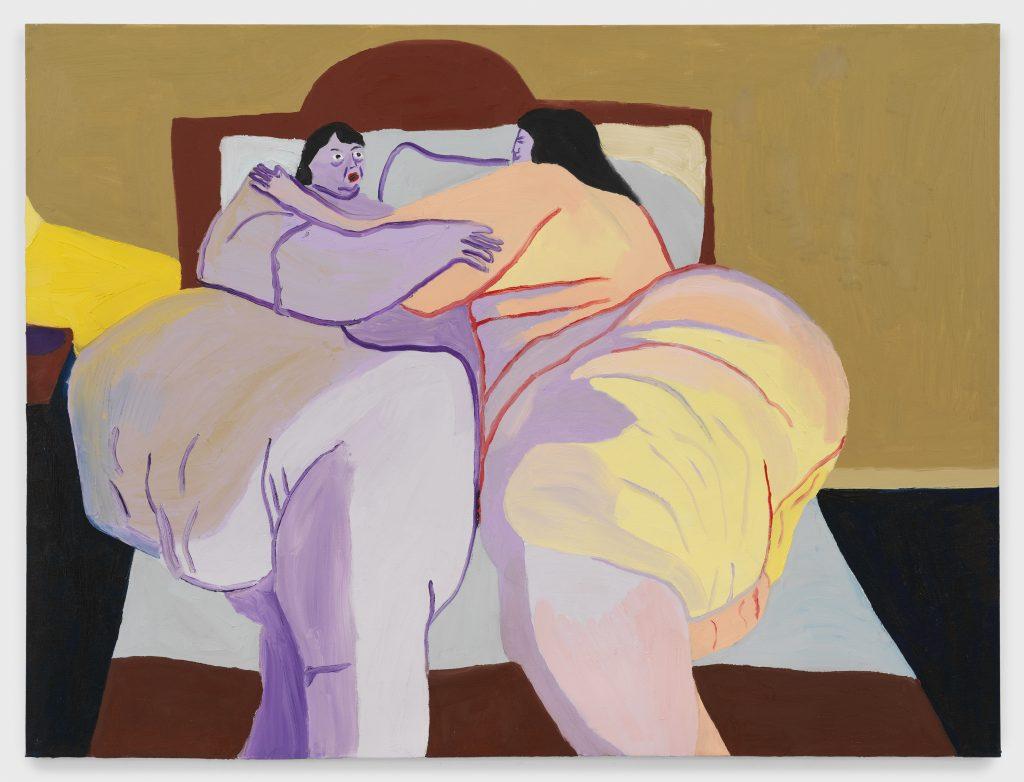 “You were asking about how the gallery determined to do a show of Cumwizard?” is a question I never imagined coming out of the mouth of the illustrious art dealer John Cheim. But here we are.

During what is normally a slow time for press releases, the following subject line announcing two upcoming shows stopped me in my tracks: “Diane Arbus: Untitled and Cumwizard69420: The Americans at Cheim & Read.” And I wasn’t alone.

I mean, I assumed that some intern had the spectacular phrase as a placeholder and probably got the can when they accidentally hit “send” without double-checking the copy. That made more sense to me than Cheim & Read, which has shown the likes of Louise Bourgeois, Joan Mitchell, and Sean Scully, promoting an artist with that name.

But no, upon further research, Mr. 69420 is indeed a real artist, and his debut exhibition at Cheim & Read—in fact, his first gallery exhibition —opens on January 12 at the gallery’s Chelsea location.

“I get my inspiration from Google, Bing, and social media,” Cumwizard69420, whose real name is Michael Clark, told me. He’s 26 years old and lives in Pennsylvania. As for the jarring moniker, he explained that it was the first thing that came to mind when he had to make an online username (“The numbers were easy to come up with”). He started painting while in college as a hobby, and picked it back up during the COVID-19 lockdown. “I started to post my paintings online because I had nothing to lose,” he said.

And in fact, he had much to gain, as it was around this time that Cheim discovered the Sunday painter on his Instagram explore page and started collecting his works.

“I am attracted to his brazen subject matter and the very clear and direct painting method,” Cheim explained to Wet Paint. “They are funny, scary, representative of our present moment, but ultimately good paintings.” 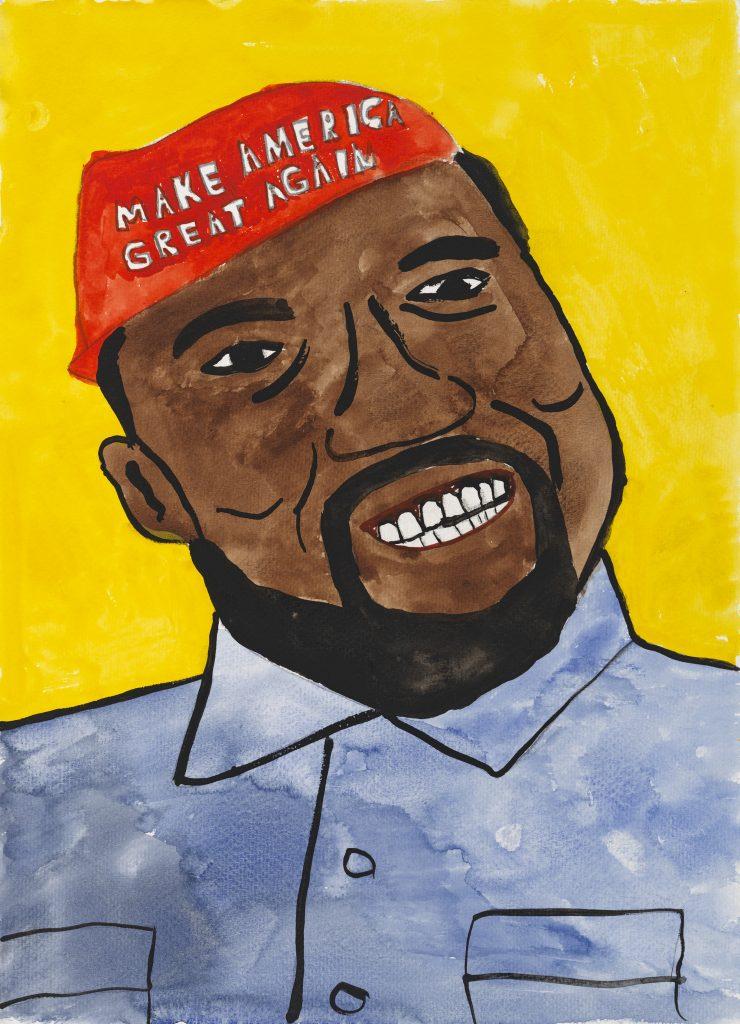 The gallery sent over a selection of images which, if you ask me, are much more brut than they are art, but who am I to yuck someone else’s yum? It does seem that the market has an increasing taste for paintings made with an emphatic lack of technical skill and overbearing kitsch.

True to his name, Cumwizard’s artwork depicts almost exclusively people having sex or contentious figures in American culture and politics like Jeffrey Epstein, Chris Christie, and Bill Clinton. The contents have gotten him reported and kicked off Instagram more than once.

“I don’t know about my aspirations for my art career,” the wizard said. “I do not see my artwork [going to] museums. I didn’t see getting this far in a short amount of time at all. I know the works aren’t for everyone.”

Perhaps the wizard’s ascent is a sign that people are over the stuffy conventions of the elitist art world! Let’s call it the Elon Musk Effect, where suddenly, the American populace feels a great admiration for Internet trolls trolling their way to the top.

What I’m trying to say is, the presence of Cumwizard69420 in a sage art space like Cheim & Read may not be something to laugh at and then pass over. Currently, his paintings are listed online for a very meager price range between $1,000 and $4,000. At the gallery, prices will be similar, ranging from $800 to $4,800. Get ‘em while they’re hot. 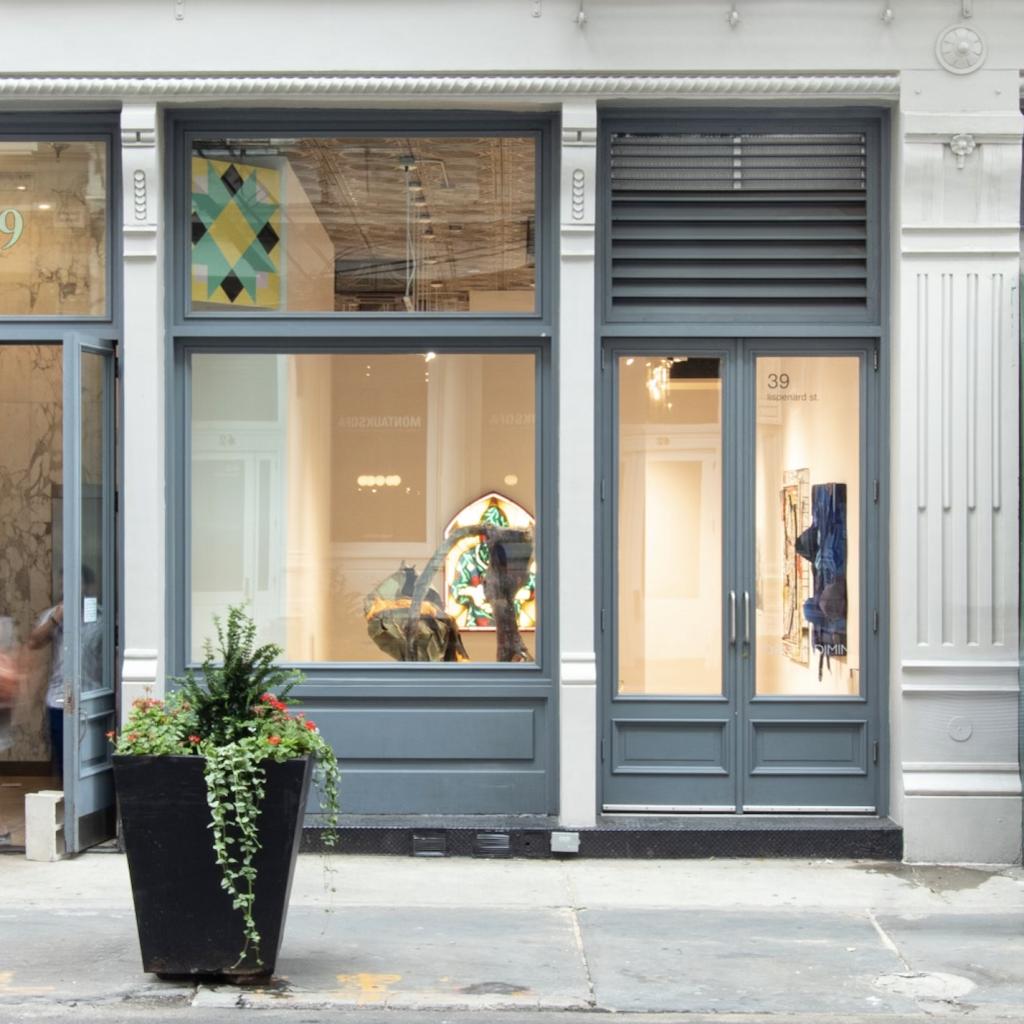 The exterior of Denny Dimin Gallery.

Is it just me, or are there an outsized number of galleries going through break-ups right now? Last week, I announced that Anton Svyatsky is leaving his role as coowner of Fragment Gallery alongside his partner Sergei Gushchin to start his own space, and the week before that, well, the whole Downs & Ross disintegration transpired. I’ve heard of a few other gallery splits that I can’t quite report yet, but stay tuned.

On top of all that, I can reveal that two OGs of this generation’s Tribeca galleries, Denny Dimin Gallery, are splitting up. Isn’t this supposed to be cuffing season?!

“It makes a lot of sense to me,” one artist who works with the gallery told me, noting that the relationship between the two had soured over both the workload and who was getting credit for that work. After a stint at Hasted Kraeutler (another double-billed gallery that ended not very amicably), Denny founded her own shop in the Lower East Side in 2013. Two years later, Dimin joined as a partner and the gallery got a new name.

The gallery—which joined the wave of spaces moving to Tribeca in 2019—is noted for launching the careers of emerging artists such as Ann Shelton, Stephen Thorpe, Paula Wilson, and Sheida Soleimani. This isn’t the gallery’s first scandal, as last year, Wet Paint reported on a screaming match that went on in the gallery with one of their artists, Pamela Council.

Sources say Denny was the one who prompted the split, but both she and Dimin declined to comment to Wet Paint. No word yet on what will happen to the current space at 39 Lispenard Street or whether Denny will continue to operate it.

Dimin, meanwhile, will open his own space, called DIMIN, at the top of next year, which will act as “a contemporary art gallery that will help artists navigate the complexities of the art world, provide stewardship to artists’ careers, and develop emerging talent.”

Screenshot from the Real Real.

Somebody is offloading their Marc Chagall on high-fashion resale website The Real Real for a cool $325,000, and the website has the piece, Le Clown Flûtise au Coq, listed as “Size: Small”… Jamian Juliano-Villani’s downtown gallery O’Flaherty’s has finally signed the lease on a new space at 44 Avenue A, which is, as rumored, the second location of Andy Kaufman‘s apartment, but I’m sure will be equally as fun and chaotic … Nicelle Beauchene has picked up representation of Quentin James McCaffrey … A hack twitter account @meansexrat is posing as Nino Mier and trying to start fights and posting photos of *checks notes* Russian YouTuber Hasbulla … After almost six years, Artnet News’ beloved executive editor Julia Halperin is leaving the company in the New Year. Even more than we’ll miss her unparalleled editing skills, encyclopedic art-market knowledge, and knack for hard-hitting, data-driven journalism—I mean did you SEE the Burns Halperin Report??—we’ll miss her kindness, supportiveness, and collaborative spirit!

*** Adam Lindemann with an inflatable John Waters doll at hotspot The Nines, which sounds like the most bizarre Clue guess I could possibly imagine *** A proper noun grab-bag of equal proportion: Marina Abramović presented Bill Clinton with an honorary doctorate from New York University *** LOMEX hosted perhaps the of Christmas parties this week with an appropriately macabre holiday performance by Mykki Blanco, who showered guests with “de-colonial cock tales,” a barely dry painting by Jamian Juliano-Villani (it was finished less than three hours before the performance began), and a rollicking afterparty at Maneros *** Jeff Koons and his formerly estranged son (and current NFT star) Ludwig spending the holidays together somewhere in the desert, astride camels***

Last week, I indulged my narcissism and asked you which Wet Paint from this year you thought was the most salacious. I got what I deserved, and the overwhelming responses were the two scoops that caused me those most internal, existential duress about reporting: Unmasking the art world’s worst tippers and revealing the skinny on Mickalene Thomas and Racquel Chevremont’s profit-sharing arrangement. Glad to know my lost sleep wasn’t in vain!

I’ll be taking some time off for the holidays and Wet Paint will return on January 13. In the meantime, while you are all reveling in Christmas cheer, I challenge you to ponder: Which art collector throws the best parties?

"Day Jobs" at the Blanton Museum of Art is the first major show to examine the impact of day jobs on art history.