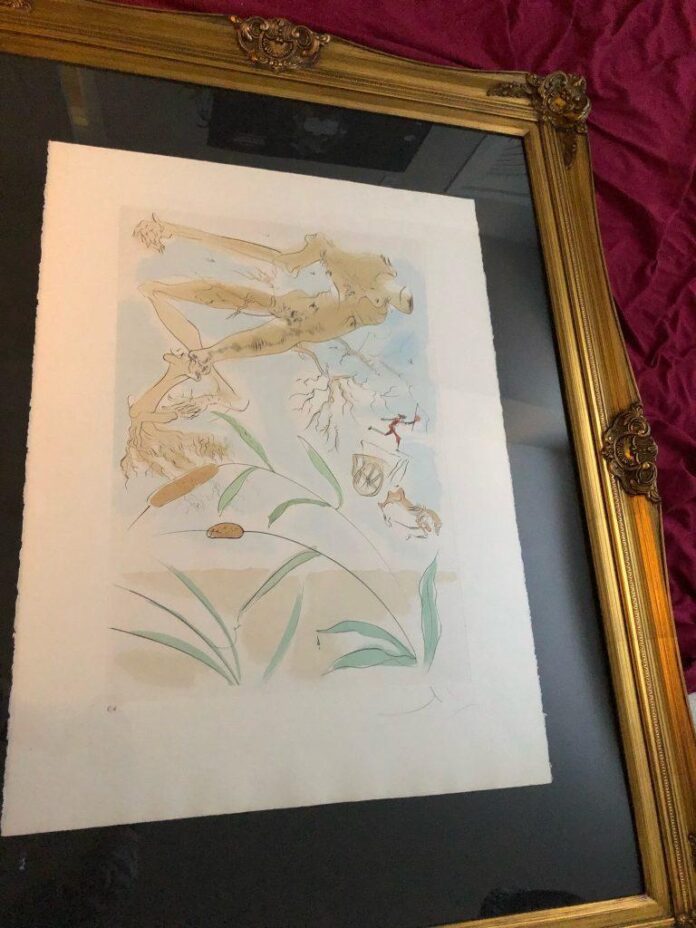 A spontaneous decision to turn off the highway and check out an art auction led to the purchase of a lifetime for 28-year-old Colorado resident Danielle Allen.

After watching lots sell for up to $100,000 at a Global Art Auction USA event, Allen, an entrepreneur, firefighter and self-described Renaissance woman, “just wanted to raise a hand” and promptly did so on Salvador Dali’s . The 1974 etching by the Spanish surrealist was expected to sell for $15,000, but her bid of $4,000 was unsurpassed.

Allen reenacted the drama of her winning bid in a trio of TikTok videos, the first of which has been viewed 3.3 million times. Allen, a newcomer to the app, had only uploaded a handful of videos before her viral moment. “I needed other people to laugh at my misfortunes so I wouldn’t feel so silly,” she told Artnet News, before adding, “I mainly wanted to share it with my family.”

Dali is one of several prominent artists including Marc Chagall and Gustave Doré to have depicted Jean de la Fontaine’s 17th century fable which imparts the importance of being flexible and not obstinate. But, as Allen noted, the Spaniard “does the Dali thing with it,” turning the oak into a withering man and including details such as a horse and buggy. 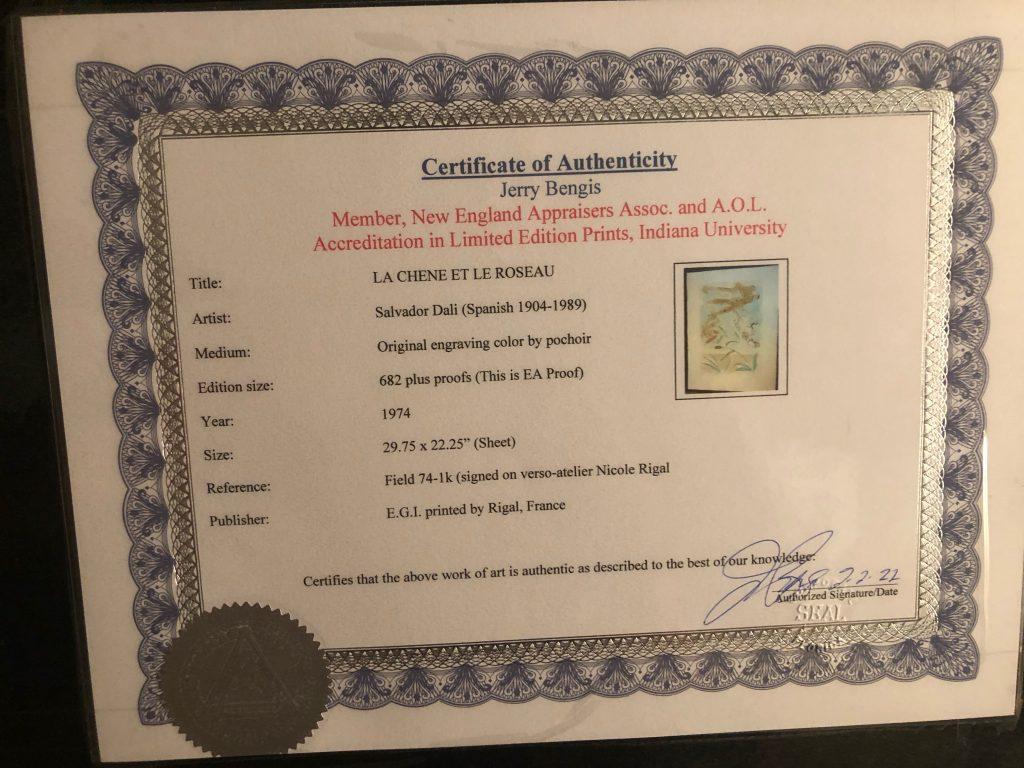 The certificate of authenticity that accompanied the artwork. Courtesy of Danielle Allen.

“The Dali was not at all what I’d imagined,” said Allen, describing the experience of looking at the work at home after checking the work’s certificate of authenticity. “But compared to the other renditions of , this one is certainly my favorite.”

Allen’s interest in the auction was first piqued by the sale of an untitled Klimt sketch that’s “a bit of a precursor to ,” a work she also purchased. It was the first time she’d ever bid on work at auction with her curiosity in art history stemming from an “interest in human expression, but also what we prescribe value to—it’s a little petri dish of understanding how society was at a certain point in time.”

For now, Allen intends to hold on to the piece, though as she jokes in one TikTok video, anyone with “funny money or who wants to turn it into an NFT and sell it for two million dollars, let me know.”