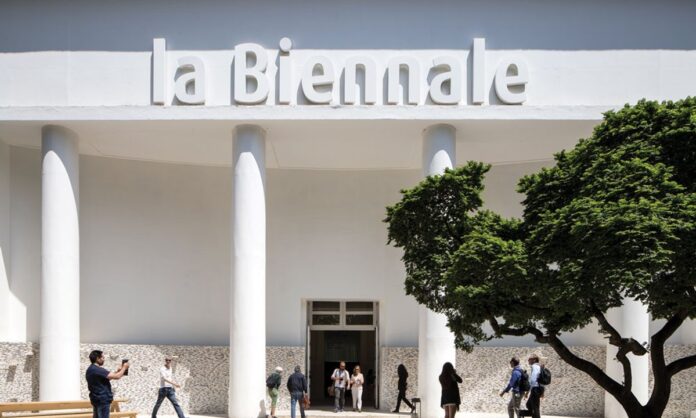 In April 2022 Venice Biennale is going to be held. The Fundação Bienal de São Paulo, which manages Brazil’s participation in the 2022 Venice Biennale, has announced the curator and artist of the Brazil Pavilion. The curator is Jacopo Crivelli Visconti, who was also the chief curator of the 34th Sao Paulo Biennale, and the artist he chose is Jonatas de Andrade.

Jonathas de Andrade is known for his extensive body of work, which ranges from videos, photographs, and installations, and focuses on the various histories and legacies of colonialism and slavery in Brazil and how they influence national identity and labor practices.

His most famous work is the film installation O Peixe (The Fish), which debuted at the 2016 São Paulo Biennale and was later shown at the New Museum in New York. This fragment, which has neither dialogue nor text, shows a fisherman in what appears to be a ritual of holding a freshly caught fish until its last breath.

Jonathas de Andradealso had solo exhibitions at the Museum of Modern Art Chicago, Power Plant in Toronto, Museo Jumex in Mexico City, and Museu de Arte do Rio in Rio de Janeiro. His work has been included in the 2019 Istanbul Biennale, the 2010 Sao Paulo Biennale, and other venues.

In a statement, the Jonathas de Andrade said that this invitation was a surprise and an honor for him. However, the idea of ​​representing Brazil today, wherever it is, is a big challenge, above all for responsibility, in the context of the critical challenges that the country is currently facing.

Jonathas De Andrade will create a new piece for the Brazil Pavilion that will be in line with the theme of the Biennale’s main exhibition, Milk of Dreams. The title for the exhibition, referring to the book by surrealist artist Leonora Carrington, was chosen by Cecilia Alemany, curator of the exhibition, who talked about how Carrington describes a magical world where life is constantly reimagined through the prism of imagination, and where everyone can change, transform, become something – and someone else.

In a statement, Crivelli Visconti, curator of the Brazilian pavilion, said of Оonathas de Andrade that in his work the artist seeks the idea of ​​truly popular culture in every possible sense and the intrinsic complexity of the term. Jonathas de Andrade takes the body as his guiding axis for dealing with themes such as the world of work and the worker, along with the human person in modern times, through metaphors that oscillate between nostalgia, eroticism, and political and historical criticism.

The 2022 Venice Biennale will be held from April 23 to November 27, 2022. Pre-openings are scheduled for April 20, 21, and 22 curated by Cecilia Alemany. She stated that she intends to enable artists to create unique projects that reflect their vision and our society. Cecilia Alemany is a curator who has organized many exhibitions of contemporary artists. She is currently Director and Chief Curator of High Line Art, a public art program for New York’s City Park, and former Curator of the Italian Pavilion at Biennale Arte 2017.

‘A fig for your barriers of wire’: Diego Rivera’s dream of a united America explored in major show