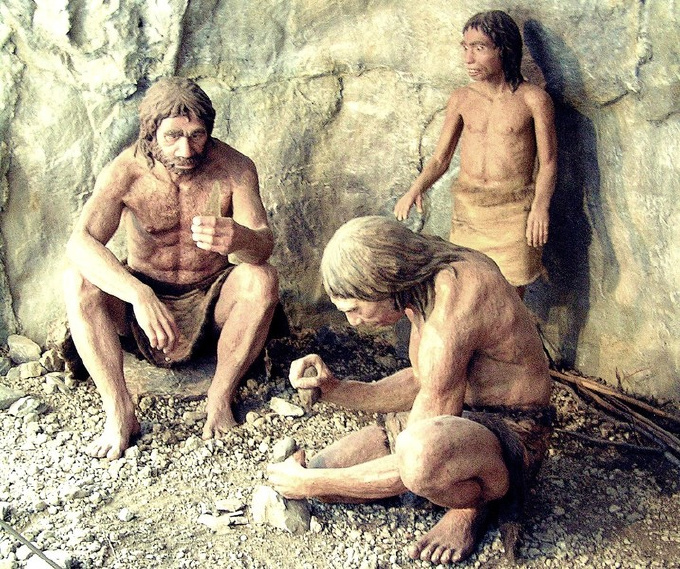 Scientists found a phalanx of a giant deer’s finger with an ornament on it in northern Germany. The artifact is 51,000 years old – it is the oldest ornament in the world. According to researchers, it shows that Neanderthals had a penchant for aesthetics. The journal Nature Ecology & Evolution reports this.

According to employees of the State Cultural Heritage Service of Lower Saxony in Hanover, it is elaborately carved. The ancient ornament was discovered by archaeologists at the entrance to the Unicorn Cave in the foothills of the Harz Mountains in Germany.

It had a flat base that could be placed vertically, suggesting that it was an ornament. The ornament is engraved on the bone. It is suggested that the ornament had a symbolic meaning and was a pre-conceived artwork.

“This is an outstanding example of their cognitive abilities. The engraved bone is unique to Neanderthals. This makes the object very interesting because it is a very distinct pattern consisting of deep incisions. It would take about 90 minutes to carve such patterns. The notches carved into the bone are half an inch to an inch long and are at a 90 degree angle, which means that they are not meat-type incisions. This shows that Neanderthals were capable of complex behaviors, including creating artwork,” said study leader Dr. Dirk Leder.

Giant deer were rare north of the Alps at the time, which supports the idea that ornamentation has a symbolic meaning. The carved bone was found not far from the Unicorn Cave. Curiously enough, since the 15th century many treasure hunters have tried to find evidence of unicorns there.

It is located along the northernmost “border of the world”. It was once occupied by Neanderthals, who hunted large mammals. This is evident from the remains of cave bears, including a skull and two scapulae. Bison and red deer were also excavated. Including species whose antlers grew to 5 feet in length and reached a massive 12 feet in spread. These are the largest deer that ever existed.

This species is known to science as Megaloceros giganteus. It was seven feet tall and had four long toes on each foot, one of which was used in this artwork. Microanalysis revealed that the beast’s bone was first boiled in hot water to facilitate cutting with stone tools.

“This means that there was a plan behind all these necessary steps, from hunting the animal to boiling the bone – and engraving it,” he explained.

Using digital microscopy, the researchers found that the incisions were made with razor-sharp stone splinters, not hand axes. The research found no evidence that the engraved object was used as a pendant or on a string to be worn on the body – it was jewelry.

“Our results show that they were capable of creating symbolic images even before Homo sapiens arrived in Central Europe,” Dr. Leder said.

Dr. Silvia Bello of the Natural History Museum in London, who was not involved in the study, said that humans interbred with Homo sapiens 50,000 years ago: “We cannot rule out the same early exchange of knowledge between modern humans and Neanderthals. It may have influenced the creation of the engraved artifact.”

This finding probably places Neanderthal intelligence at a higher level than previously thought. Perhaps even higher than that of early Homo sapiens. Neanderthals are known to have used a variety of pigments. They also buried with their dead the collected bird feathers and claws. In addition, they possessed some habits that were once thought to be quite unique to Homo sapiens.

In Pictures: A New Show in Paris Reveals the Surprising Connections Between Claude Monet and Joan Mitchell