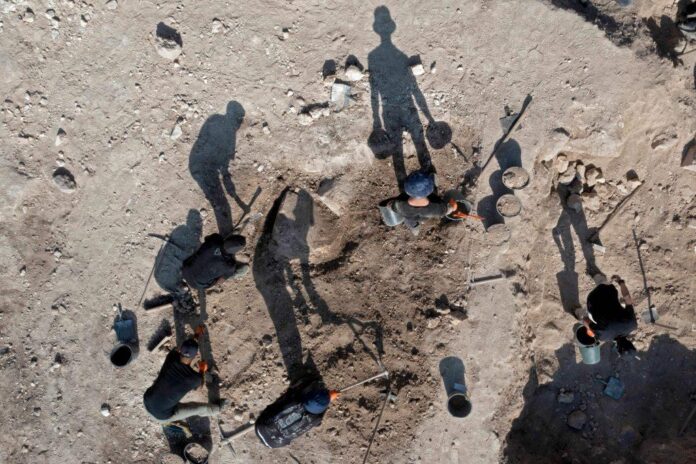 When looters broke into a burial cave in Israel’s Judean Lowlands in the 1980s, they set off a chain of excavations that continue to this day.

First came a prolonged dig led by Israel Antiquities Authority (IAA) that labelled the site as the Salome Cave, on account of the belief that it served as the resting place for Jesus’s midwife. Now, the same government entity is expanding its excavation to focus on the connected 2,000-year-old tomb complex of a wealthy family.

“Once the restoration and development works are completed, the forecourt and the cave will be opened to the public,” said Saar Ganor, director of IAA. 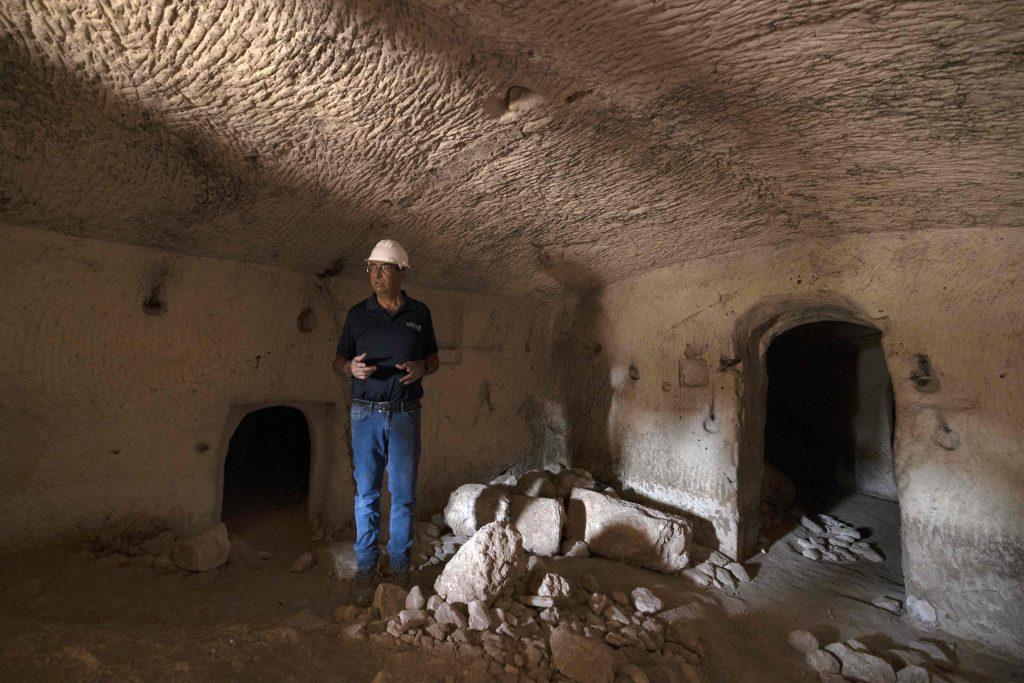 Saar Ganor from the Israel Antiquities Authority stands inside the Tomb of Salome. Photo by Menahem Kahana / AFP via Getty Images.

With a court spanning more than 3,700-square-foot, mosaicked floors, and cave entrances elaborately carved with rosettes and pomegranates, the burial chamber is believed to originate in the Roman period before being taken over by a Christian chapel.

The IAA has described it as one of the most impressive private burial sites uncovered in the country. The design and layout are proof, archeologists add, that the family responsible was extremely wealthy and capable of investing over a sustained period of time.

“The family tomb attests that its owners were a family of high status in the Judean Shefelah in the second temple period,” the IAA said in a press release. “The cult of Salome, sanctified in Christianity, belongs to a broader phenomenon, whereby the fifth-century C.E. Christian pilgrims encountered and sanctified Jewish sites.” 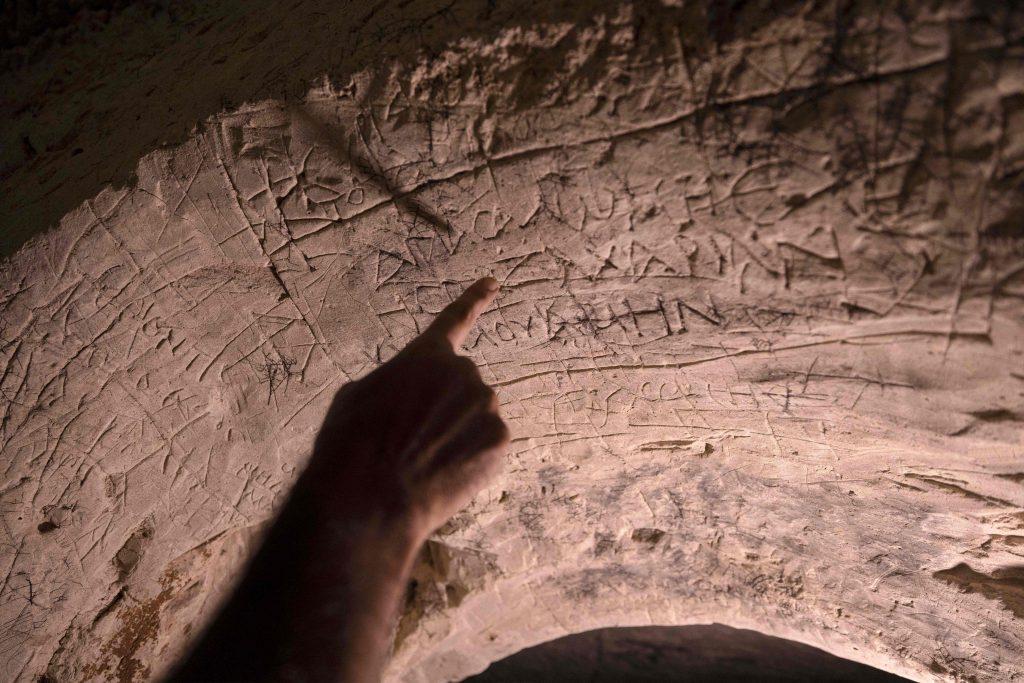 An inscription engraved in stone in Ancient Greek carrying the name of Salome inside the Tomb of Salome. Photo by Menahem Kahana / AFP via Getty Images.

This process of sanctification has been clarified at the site through the uncovering of a small marketplace outside the cave that, among other things, sold clay lamps to visitors, ones that have been found by the hundreds in the cave. Inside, an interior chapel dedicated to Salome is riddled with crosses and inscriptions written Greek, Syriac, and Arabic, evidencing the site’s importance from the Byzantine era through the Islamic period.

Christian belief holds that Salome hailed from Bethlehem and was called to help deliver Jesus. She became a follower of Jesus and is mentioned in the gospels.

The excavation is part of the Judean Kings Trail, a government-led project that brings together important archaeological sites spanning 60 miles. The endeavor, however, is controversial given it is located outside of Israel’s occupied territories and the IAA has been criticized for continuing its work without consulting local Palestinians.