Home News A College Student Bought an Illuminated Manuscript Page for $75 After Realizing... 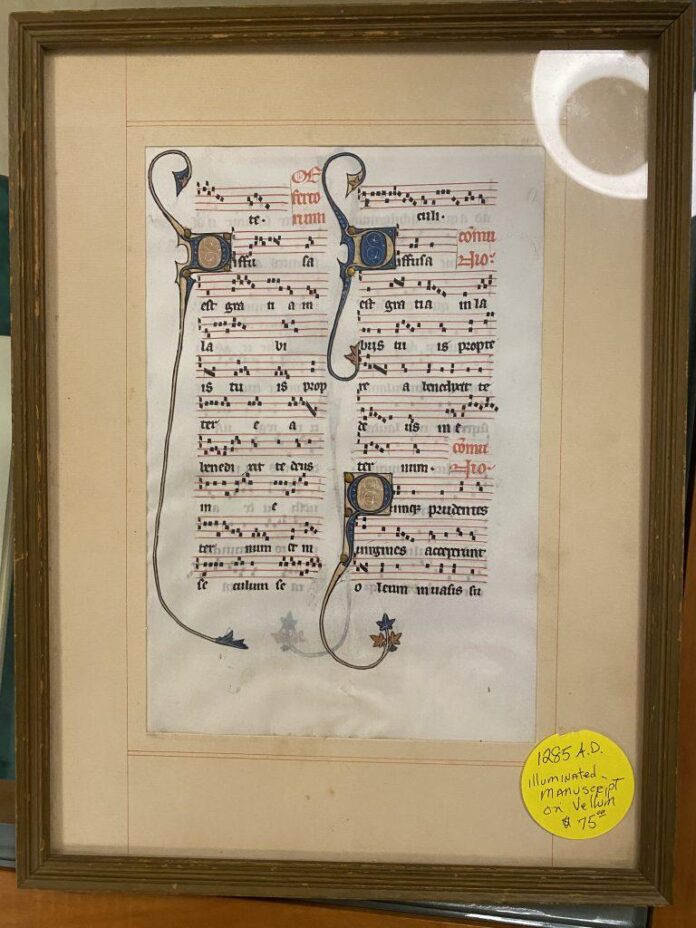 Whoever said it doesn’t pay to learn art history ought to talk with Will Sideri—a 24-year-old from Colby College who just scooped a long-lost page from a fabled illuminated manuscript at an estate sale in Maine for a meager $75. Its value has since been confirmed between $5,000 and $10,000.

Sideri was perusing the sale earlier this month on a whim when he noticed a framed page of Latin script and musical notes in rich inks. Its sticker read, “1285 A.D. Illuminated manuscript on vellum. $75.” Right beneath their noses was an object alleging to be over 700 years old.

Sideri sent his former medieval literature professor Megan Cook an image of the item in question. “I have a question for you,” Sideri paraphrased for The Maine Monitor. “I think this might be real.”

“Students will often want to show or talk to me about an old book they own, but I’ve never had anyone approach me with material like this before,” Cook told Artnet News over email.

It did look familiar to her. Colby College had recently acquired a collection of manuscript leaves from the 20th-century book dealer Otto Ege. She uses these relics to teach class each semester, and once invited medieval manuscript expert Lisa Fagin Davis up from Simmons University in Boston to give a talk on Ege.

Upon receiving the photo from Sideri, Cook texted Davis, who confirmed that the page hails from the Beauvais Missal, a 309-page Catholic prayer book she’d discussed at length in that lecture.

A photo Cook posted to Twitter shows Sideri’s find is better preserved than even the one in his school’s collection. 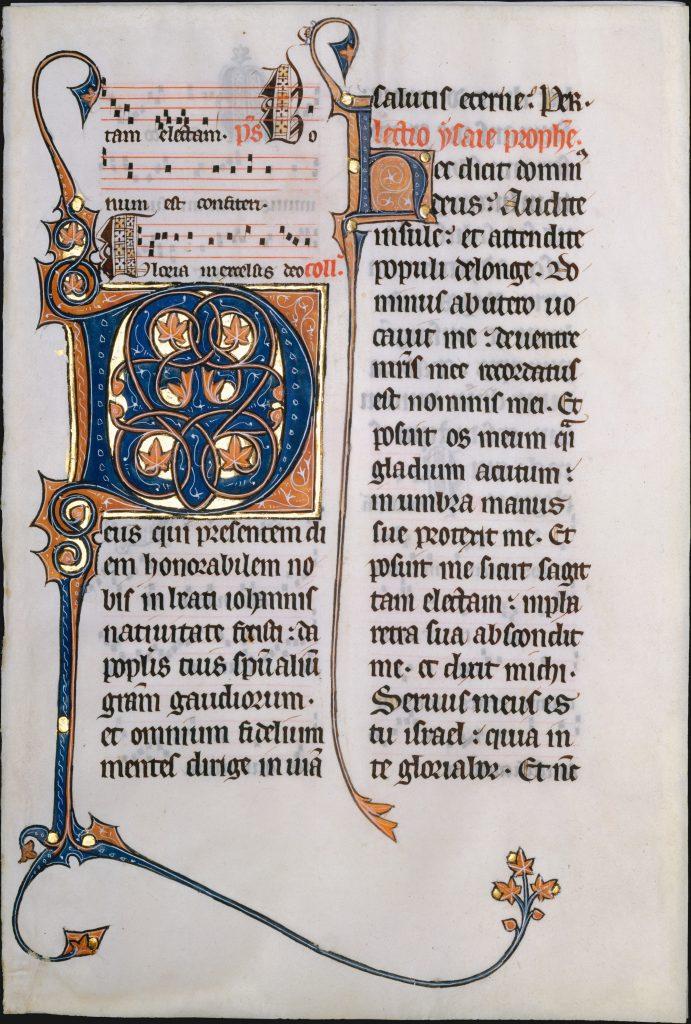 Another unrelated page from the Beauvais Missal. (Photo by: Sepia Times/Universal Images Group via Getty Images)

Media magnate William Randolph Hearst last owned the full Beauvais Missal manuscript. After his death, in 1942, it became one of many manuscripts disassembled by the likes of Ege for a quick profit. Davis has publicly documented her own efforts to assemble more than 100 pages of the Beauvais Missal so far.

“There are perhaps a few hundred people in the world who would recognize a leaf from the manuscript if they saw it, so really an extraordinary stroke of luck there,” Cook said.

“It seems like Will’s leaf was likely sold by Philip Duschnes, a New York book dealer who owned the manuscript before it was sold to Ege,” she said. “Will’s leaf had been owned by the former head of financial aid at Colby, who apparently grew up near Philadelphia, and there’s a brief typed description of the manuscript on the back of the frame with a Philadelphia address on it, suggesting it was bought and/or sold there.”

Unlike Hearst’s executors, Sideri doesn’t plan to capitalize on the scoop. “This is something at the end of the day that I know is cool,” he told the AP. “I didn’t buy this expecting to sell it.”

Time will tell if he’d relent in order to reunite the Misal in full. Cook, however, noted that “once a manuscript has been dismembered, as the missal was, you can’t unring that bell. Even an assemblage of all the leaves would be missing some of the codicological and bibliographic information that the original book contained; conversely, the dismemberment is part of the manuscript’s story now too.”