Home News A Danny Boyle dance show inspired by The Matrix and an inflatable... 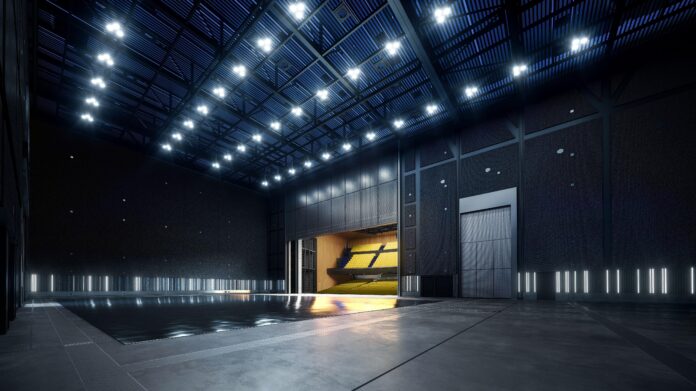 A contemporary dance show directed by the filmmaker Danny Boyle and designed by the British artist Es Devlin will officially open Factory International, the long-awaited arts centre in Manchester, England.

The new space, which has cost a total of £186m and is designed by the firm Office for Metropolitan Architecture (OMA), will act as the permanent home for the Manchester International Festival, which next year runs from 29 June to 16 July.

The opening of the festival will be marked by an immersive exhibition in Factory International of the Japanese conceptual artist Yayoi Kusama, titled You, Me and the Balloons (29 June 2023-28 Aug 2023), showing three decades of her inflatable artworks. The cultural space will then officially open to the public in October with Boyle’s show, titled Free Your Mind (18 October 2023-5 November 2023).

In an interview with The Art Newspaper, the Oscar-winning filmmaker of Trainspotting and Slumdog Millionaire, who was born in Radcliffe, Greater Manchester, said Free Your Mind “will liberate the building”.

Free Your Mind is inspired by the 1999 action film The Matrix, and will reunite a selection of the performers Boyle collaborated with for the opening ceremony of London’s 2012 Olympics. As well as designs by Devlin, Boyle has collaborated with the playwright Sabrina Mahfouz, choreographer Kenrick Sandy and composer Michael Asante. Together, they will cast and direct hundreds of volunteer performers from across Manchester. The first 5,000 tickets for the show will also be made available for £10 or less. “The show will belong to everyone,” Boyle says.

The contemporary dance show is inspired, Boyle adds, by a persisting feeling that modern reality is not as it seems. “I often have this feeling these days where I just ask myself: ‘What the fuck is going on?’ When you look at politics and economics at the moment, and you look at all these geographical structures, you genuinely think: ‘What the fuck is going on?’ The Matrix film addressed that. It was a warning. It was popular entertainment that addressed the warnings of today.”

Speaking of the design, Devlin says, “We’re going to pay respect to each aspect of the space. The space is a huge gift to a designer. It’s an absolute invitation to culture, so my job is to respect that.”

Factory International will look to continue this legacy. It is located close to the city’s Old Granada Studios and on the banks of the Irwell river in the post-industrial St John’s district. The centre will span 144,000 sq. ft, with a roof looming 60ft above ground. The fully soundproof warehouse space will have a standing capacity of 5,000 people and an adjoining performance hall has a seating capacity of 1,600. The centre will be used for art exhibitions, installations, opera, theatre and raves.

The design of the building has been overseen by Ellen van Loon, a partner at OMA, who said during a press tour that she pitched the idea of “Opera Extra Extra Large” when the firm first competed to design the space. Factory International will have a “unique flexibility” for a cultural venue of its size, she added. The warehouse and performance hall will be separated by a removable, floor-to-ceiling and entirely acoustically soundproofed wall, meaning the performance hall and warehouse can be split in two, opened into one, or partly separated. The moveable wall also means the stage in the performance hall can be deepened to a full 35m.

The building’s heritage features from Manchester’s industrial past have been retained; the warm terracotta of the original Victorian railway arches are juxtaposed against smooth and stark industrial concrete.

The development has been spearheaded by Manchester City Council, who gained a £100m grant from the UK government via Arts Council England, originally as part of Chancellor George Osborne’s Northern Powerhouse agenda. But the opening of the show will come as a relief to some Mancunians; the cultural space has cost £76m more than its initial budget and is opening four years later than anticipated, with the impact of Covid blamed for the construction delays. Manchester City Council originally earmarked £20m of funding towards the creation of the building, but have spent upwards of £50m during a period of sustained cuts to the council’s overall operating budget.

But Bev Craig, the leader of Manchester City Council, believes it to be money well spent. At an event organised to announce Factory International’s programme, she said the art centre would provide 1,500 local jobs and add £1.1bn to the city’s economy over the next decade. “Factory International has been built by and for Mancunians, and will redefine Manchester’s offer to the global stage,” she said.

The event was also attended by Conservative MP for Pudsey Stuart Andrew, who was appointed as Parliamentary Under Secretary of State at the Department for Digital, Culture, Media and Sport on 20 September 2022. In a short speech, Andrew said the UK’s current government was “intent on redrawing the cultural map” and linked the creation of Factory International to the government’s ongoing Levelling Up agenda, aimed at making the standard of living across different UK regions more equal.