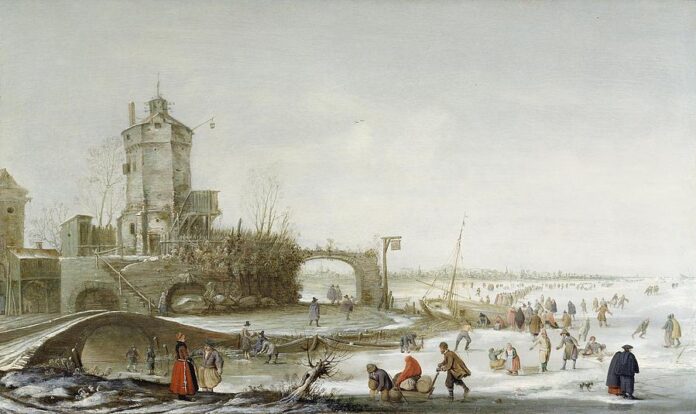 The Worcester Art Museum is on the verge of recovering a painting nearly 45 years after a brazen art heist—and it’s all thanks to an $18 throw pillow.

The robbery took place way back in 1978, at the Worcester home of Helen and Robert Stoddard. He was a former museum trustee who had promised to donate much of his art collection to the institution. Under cover of night, burglars made off with 12 pieces currently estimated to be worth $10 million, including an Pierre-Auguste Renoir canvas and a J.M.W. Turner watercolor.

One of those works, Hendrick Avercamp’s could soon be on its way back to Massachusetts, courtesy of some impressive online sleuthing by Clifford Schorer, the Worcester Art Museum’s former board president, reports  magazine.

A simple reverse image search of the 17th-century Dutch master’s winter scene turned up a throw pillow featuring a print of the canvas—but in much higher fidelity than any known photographs taken of the work prior to the theft. 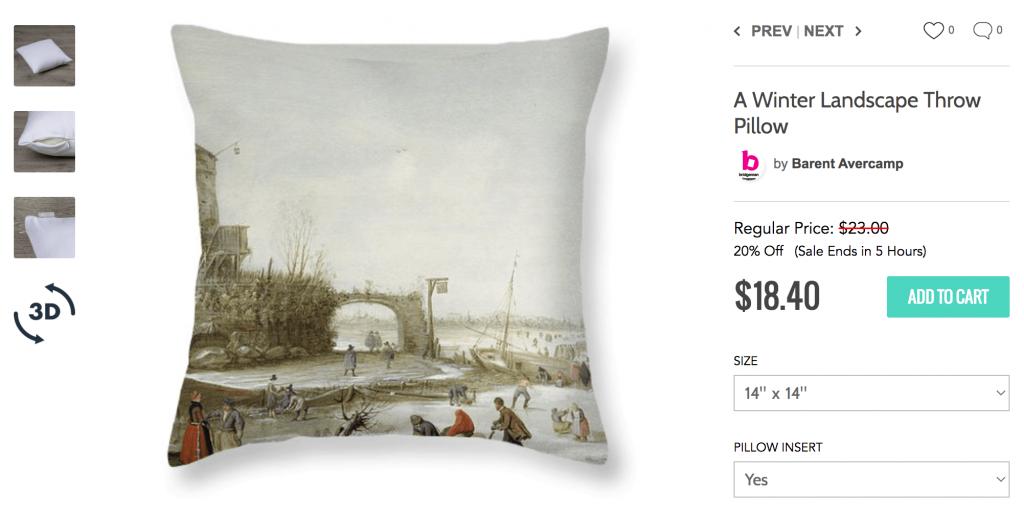 Pixels.com is selling a merchandise such as this throw pillow featuring Hendrick Avercamp’s stolen painting .

And it wasn’t just the pillow. At Pixels.com, which sells merchandise on demand, you could put the painting, listed as the work of Barent Avercamp—Hendrick’s nephew and student—on an iPhone case, a canvas tote bag, a puzzle, and even a face mask, among other products.

Schorer is an art collector and investor—in 2014, he swooped in to help keep Agnews, the venerable London Old Masters dealer, in business. He’s proven to have an eagle eye before, successfully identifying a drawing purchased at a Massachusetts estate sale for just $30 as an original Albrecht Dürer—a true rarity. (Agnews showed the work in January at Master Drawings New York.)

So when he found the Avercamp throw pillow, Schorer trusted his instincts. He downloaded the image of the painting and found a clue embedded in the metadata. There was the name of an art library, as well as a New York art dealer. He called the dealer, who remembered the painting from a 1995 art fair, but said that a now-defunct gallery had conducted the sale.

After four months of research, Schorer tracked down the niece of that dealer, who in turn dug through the old company records to identify the buyers. Schorer estimates it cost less than $200,000—a bargain considering that Avercamp’s auction record is $8.6 million, according to the Artnet Price Database.

Somewhere along the way, it appears someone had altered the painting’s signature to read “B. Avercamp” instead of “H. Avercamp,” making it easier to move the stolen work on the open market. Barent’s top price at auction is just £378,000 ($460,919). 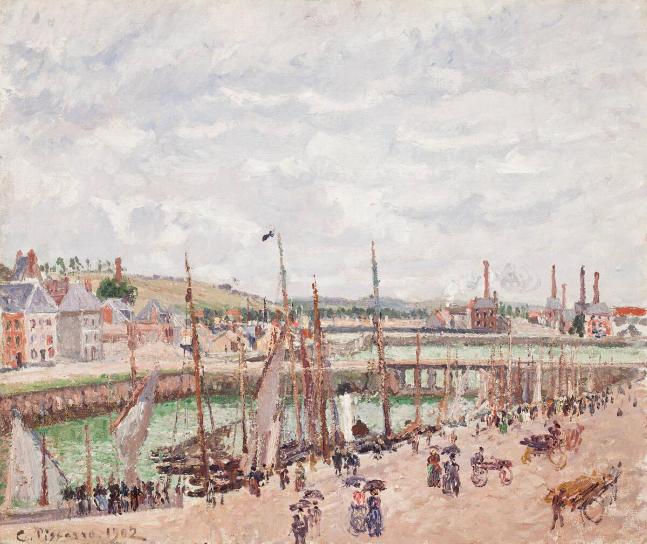 Camille Pissarro, (1902). Collection of the Worcester Museum of Art.

The owners, a Dutch couple, had since died, so Schorer sent a letter to their heirs on behalf of the museum in 2021, looking to make arrangements for the work’s return. They never responded.

This month, Schorer had a Dutch lawyer reach out, with a warning that after 40 days, the museum would instigate a criminal case in the Netherlands. He’s hopeful that the painting’s recovery is now close at hand.

Only three of the Stoddards’ works have been found to date. The most significant was Camille Pissarro’s , which turned up at Wolfs auction house in Cleveland in 1998, not long before Helen Stoddard’s death. There was a complicated legal dispute, but Helen prevailed, and the painting entered the museum collection to much fanfare.