Home News A Group of Iranian Artists Teamed Up With For Freedoms to Bring... 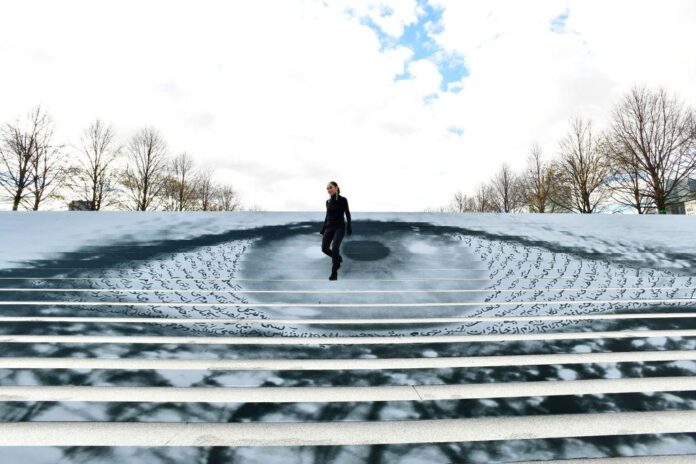 A group of Iranian artists teamed up with French artist JR and the For Freedoms art collective, founded by Hank Willis Thomas and Eric Gottesman, to bring a public art installation inspired by the ongoing women’s rights protest movement in Iran to New York’s Roosevelt Island.

The project, titled “Eyes on Iran,” kicked off Monday morning with an event featuring former Secretary of State Hillary Rodham Clinton and Iranian artists Shirin Neshat, Aphrodite Désirée Navab, Icy and Sot, Sepideh Mehraban, and Sheida Solemani. The artworks overlook the United Nations plaza from the nearby Four Freedoms Park across the river. 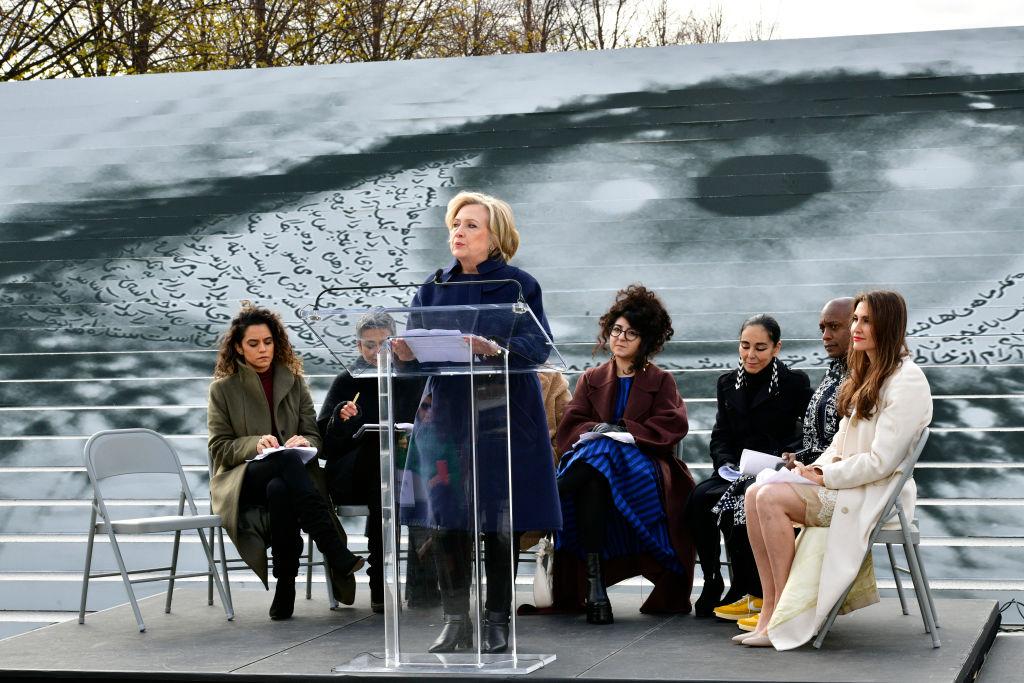 The presentation coincides with the U.N. Women’s initiative, 16 Days of Activism Against Gender-Based Violence, and features a wheat-pasted black-and-white photograph by Neshat of a giant eye as a symbol of the world’s eyes on Iran, among other works. The country has been the site of mass protests since mid-September, when 22-year-old Mahsa Amini died after her arrest by the Tehran morality police for not wearing her hijab in accordance with government rules. 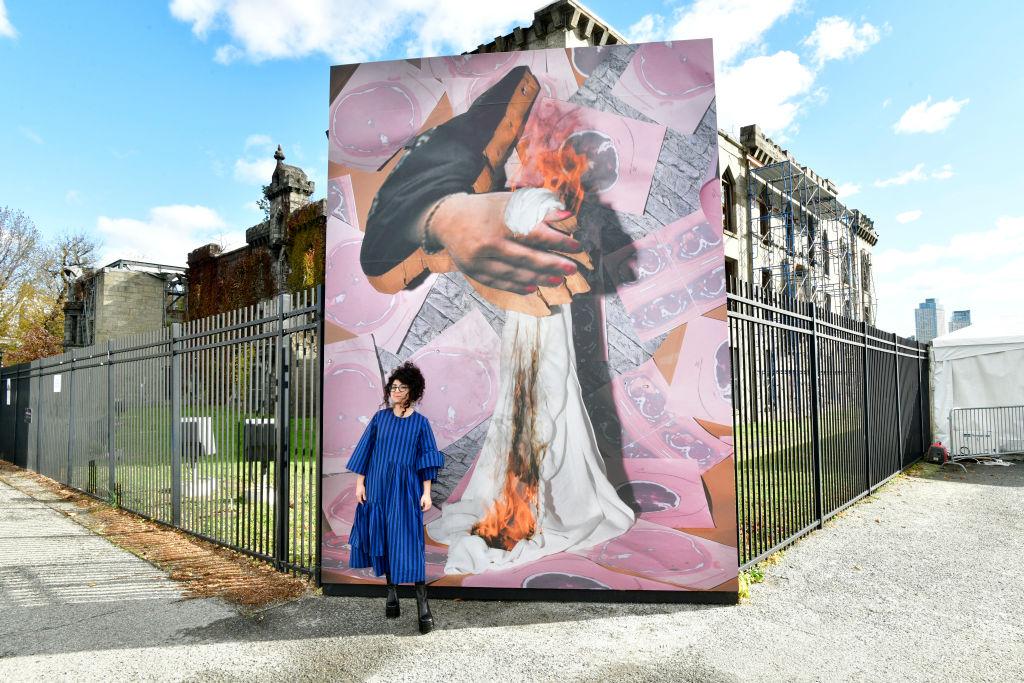 For Freedoms will also be raising awareness of the situation in Iran during Miami Art Week, staging an artist-hosted television news broadcast performance—both live and pre-recorded—in conjunction with Untitled Art Fair. As part of the project, “roving reporters” will engage artists, collectors, dealers and others in conversation throughout the city. The slate of artist performances and conversations includes a collaboration with feminist artist Michele Pred and Nadya Tolokonnikova of the Russian activist performance art collective Pussy Riot at 11:30 a.m. on Thursday. 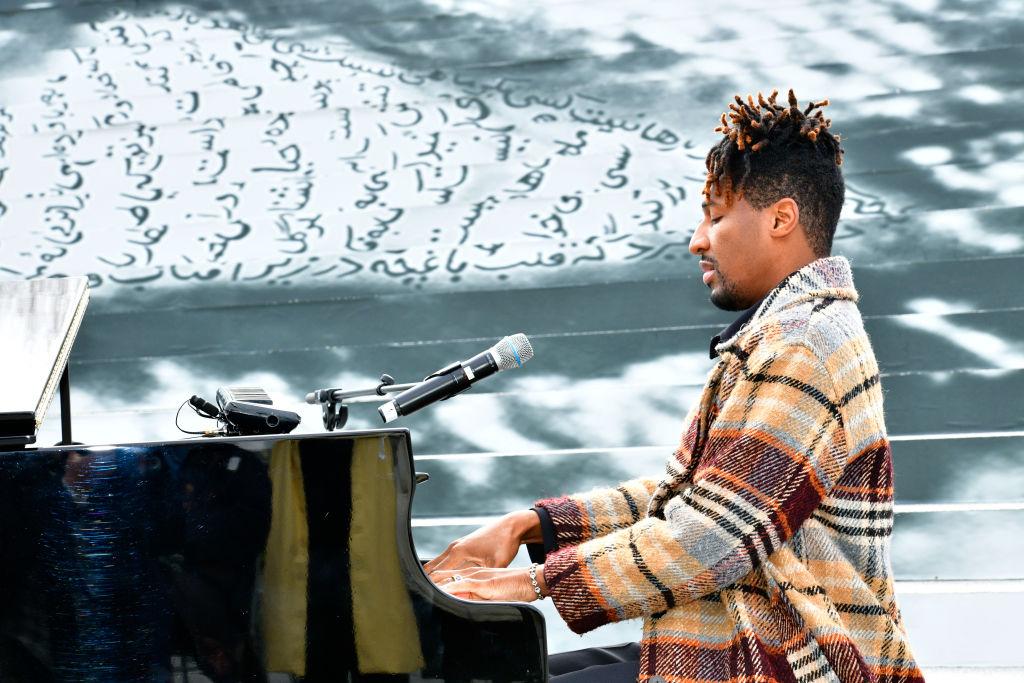 For Freedoms—which is known for installing artist-designed billboards across the United States to get out the vote—is also co-organizing a presentation of flying artist billboards across South Beach and New York City in partnership with the Women, Life, Freedom coalition of Iranian women leaders.

Art Industry News: How Pace Gallery Progenitor Arne Glimcher Found Himself Back at a Gallery Front Desk + Other Stories