Home News The artists who have musical careers 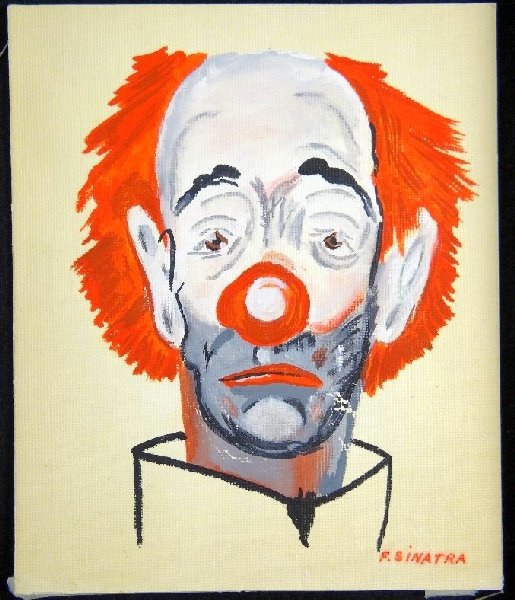 They say that everyone can become an artist today – you just need to take a brush, paint, and draw an incomprehensible abstraction. Is it true? We tried to understand this issue using the example of paintings by famous musicians.

Everyone knows the legendary career of Frank Sinatra as a singer. However, few know that he was also an artist. For Sinatra, the painting was a very personal process. Not surprisingly, for the first time, his paintings were shown to the public in 1991, along with the publication of a book about the work of the singer Frank Sinatra: A Man and His Art.

And in 2004, the Godt-Cleary Gallery in Las Vegas hosted an exhibition of works by the musician and artist. Sinatra’s artistic vision was influenced by Mark Rothko, Robert Mangold, and Ellsworth Kelly with their vibrant colors and abstract shapes.

Paul McCartney exhibited his own work for the first time in Siegen, Germany in April 1999. The musician paints pictures with paints and then cuts and scratches contours on them, resulting in complex works in several layers. One of McCartney’s favorite genres is portraits. His wife Linda serves as a model for him, but Paul also has a daring portrait of the Queen of England in his arsenal.

Ronnie Wood is known as the guitarist for the Rolling Stones. But he is also on our list of musicians who are also artists. Wood received his formal art education at Ealing College of Art. Despite the fact that Ron has chosen music as his main art direction, he continues to paint throughout his life. His portraits include members of the Rolling Stones, other musicians and celebrities, and members of his family.

Marilyn Manson is another example of an artist and musician rolled into one. Marilyn Manson’s artistic inspirations include Egon Schiele, Luis Buñuel, Dali, Jodorowsky, Bosch, Warhol, Mark Ryden, and Fellini. Manson first organized an exhibition of his own watercolors in 2002 and was surprised that his paintings found fans.

According to him, for a long time, he had been painting portraits of his friends solely for the sake of pleasure and as a gift. The musician and artist never thought about showing them to the public, much less selling them.

Bob Dylan is the immortal voice of generations of Americans. The 72-year-old singer has been drawing since early childhood, and only in the last six months two of his exhibitions have opened in London – pastel paintings and wrought iron works. Bob Dylan is not only one of musicians who are also artists, but he is also a Nobel Prize winner. His work has been honored to be exhibited at the National Portrait Gallery in London.

The Radiohead frontman’s best-known work is “Business School for the Dead”, a collaboration with engraver Stanley Donwood and sold at Bonhams in London over the summer as part of their Make Poverty History campaign.

David Bowie managed to leave a noticeable mark in the art world. He did not only join the ranks of artists and musicians rolled into one. He was also a sculptor and an actor. He played as a reviewer and artist and wrote for Modern Painter Magazine in the 1990s, interviewed artists such as Tracey Emin, Damien Hirst and Jeff Koons, took part in one of the biggest hoaxes in the art world by inventing a forgotten American artist 20th century Nat Tate.

Miles Davis is a musician and artist nicknamed the Prince of Darkness. He received this nickname for his hoarse voice. The jazz trumpeter had a huge impact on all music of the 20th century. He began painting quite late, in his early 50s, during a crisis in his musical career. In his works one can see the influence of Kandinsky and Picasso, as well as African culture.

Art Industry News: King Charles’s First Art Loan Is a Portrait of His Mother by Lucian Freud + Other Stories