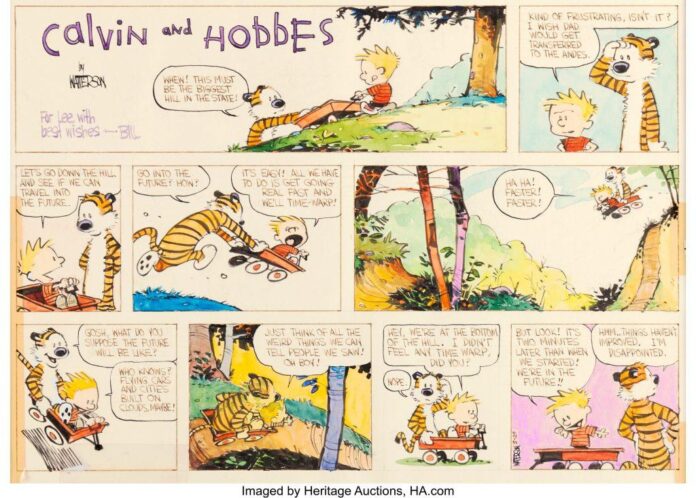 Unlike his illustrator peers, Bill Watterson, the creator of , never cashed in. There have been no hot collabs and no immersive experiences promising to plunge fans into his whimsical world; heck, Watterson hasn’t even licensed T-shirts and souvenir coffee mugs. But this rejection of commercialism hasn’t dampened the value of the American cartoonist’s work—if anything, it’s increased it.

At auction on November 17, an original hand-colored work by Watterson sold for an artist record of $480,000. The Sunday strip, which depicts six-year-old Calvin and his tiger companion attempting to time travel, was put to market by Heritage Auctions at its Comics & Comic Art Signature Auction.

Dating from May 24, 1987, it’s only the second such Watterson strip to have ever appeared at auction. As with the previous sale a decade ago, the strip was a gift, in this case to Lee Salem, the influential editor and eventual president at Universal Press Syndicate, who gave the Ohio native his break. The nine-panel work is signed with the words, “For Lee with best wishes — Bill.”

“We absolutely believed this would be a record-setter, especially given its back story and the quality of the strip,” Todd Hignite, vice president of Heritage Auctions, told Artnet News. “But given the scarcity of these gems, we never knew how far this would go. To say we and the consignor were thrilled would be an understatement.” 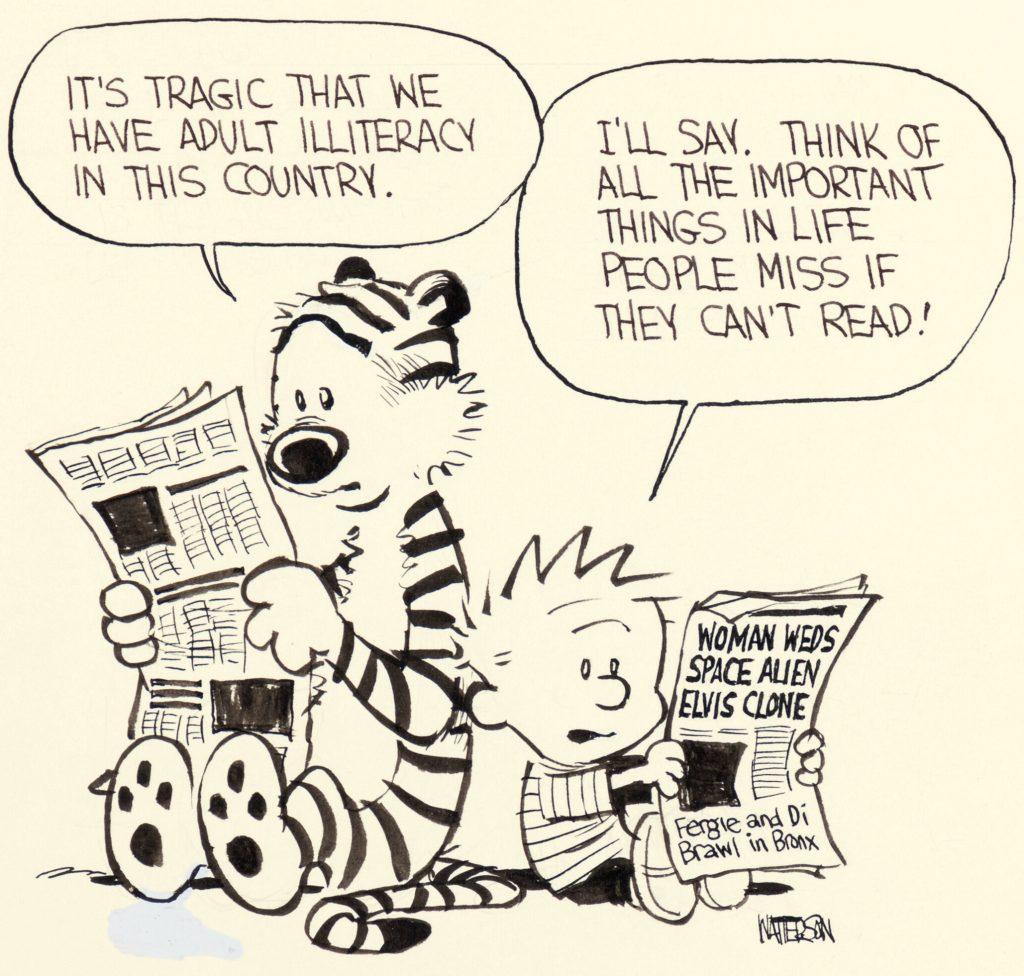 The only other strip to have reached close to half a million dollars is the first-ever by Alex Raymond, which was published in 1934 and also sold for $480,000. The auction included a second lot of Watterson’s iconic characters, a single-panel ink drawing from 1988 that depicts Calvin and Hobbes reading newspapers. It sold for $120,000.

First printed in 1985, the charming and oftentimes quietly profound adventures Watterson created ran until 1995. At their peak, the cartoons appeared in more 2,400 newspapers and are today considered among the most popular comic strips ever created.

“Maybe it should come as no surprise, is easily one of the most beloved comics of all time,” Hignite said. “This strip was emblematic of the qualities that made it so adored. It deserves to be the most valuable, at least until the next one shows up at auction.”