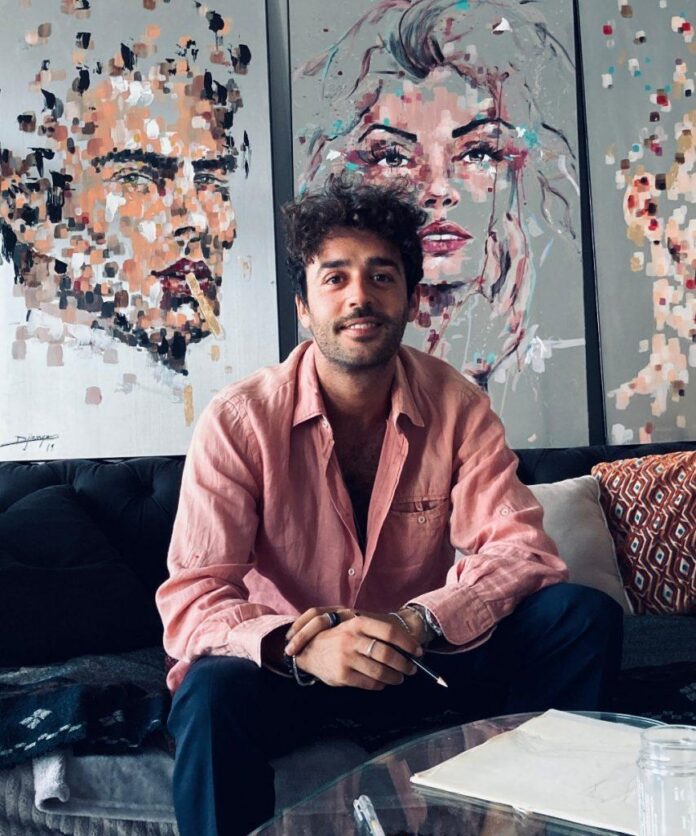 Holiday souvenirs usually take the form of photographs or keychains. Not so for the elite guests at luxury Hotel Métropole in Monte Carlo, Monaco.

As part of the hotel’s “Just For You” program, which offers a range of bespoke activities, visitors can commission a portrait by the French painter David Djian, also known as Djiango.

For as little as $2,700, guests are being invited to pose for Djian, who takes photographs before drawing a preliminary sketch of the portrait onto his iPad for their approval.

When the sitters return home, they can fight off the post-holiday blues with the knowledge that an exciting package will be arriving in just a few weeks.

Djian paints onto aluminum rather than canvas and his subjects’ faces are carefully built up through a cluster of richly colorful individual brushstrokes.

Hailing from Nice, the artist claims that this sculptural approach is informed by the years he spent training and practicing as an architect in Paris.

“You are the artist’s source of inspiration and he will be able to reveal the deepest emotions seen through your face during a sitting,” the website promises of Djian’s Impressionistic style, out of which a lively sense of character emerges.

“Sometimes people send me selfies, but I tell them, selfies don’t work, they don’t have the same effect,” Djian said.

“Back in the day, you had to be a famous person to get your portrait painted. But today it’s a bit more democratized,” the artist added, “it’s a way of having a souvenir of yourself immortalized in an original way.”

No guests have yet taken up the offer, although there have been inquiries.

Other exclusive experiences offered by Métropole’s “Just For You” program include “Journey into Bacon’s world”, offering a trip to the British Modernist’s foundation in Monaco, and “Following the footsteps of Grace Kelly,” a tour of some of the actress-turned-princess’s favorite locations.

Is It Immoral to Buy Work Directly Out of a Young Artist’s Studio? Here’s What a Trusted Art Advisor Has to Say