Home News A Life-Size Cast of the Titanosaur, the World’s Largest Dinosaur, Is Coming... 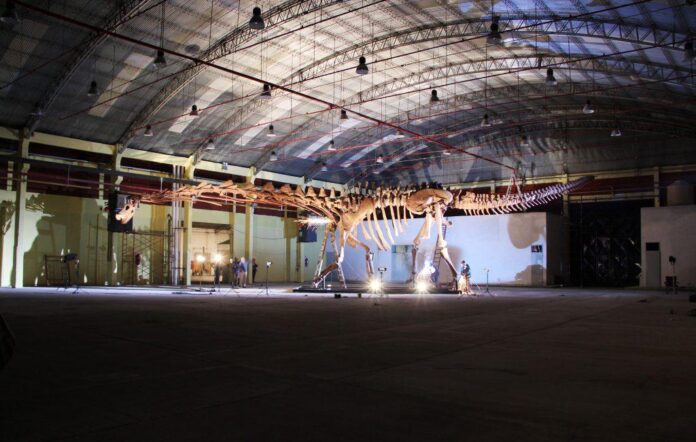 It’s going to be a tight squeeze in the National History Museum (NHM) next Spring when the London institution welcomes its biggest star exhibit: the cast of a Titanosaur, one of the largest known dinosaurs.

“Titanosaur: Life as the Biggest Dinosaur” will see the 122-feet-long Titanosaur installed in the museum’s Waterhouse Gallery, narrowly fitting into the roughly 30-feet-high space. The skeleton cast weighs four times more than Dippy, the Diplodocus replica that occupied the museum’s Hintze Hall from 1905 to 2017, and measures nearly 40 feet longer than Hope, the blue whale skeleton that replaced Dippy.

“Comparable in weight to more than nine African elephants, this star specimen will inspire visitors to care for some of the planet’s largest and most vulnerable creatures, which face similar challenges for survival,” said Paul Barrett, science lead on the exhibition, in a statement, “and show that within the Earth’s ecosystems, size really does matter.” 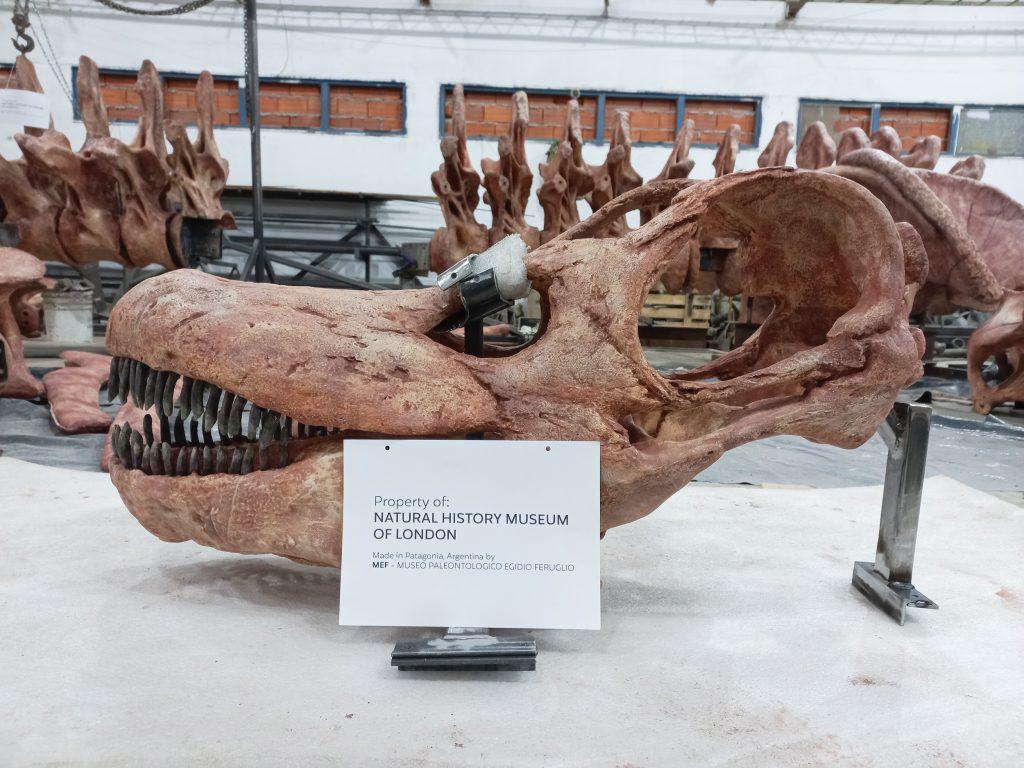 Titanosaurs were a class of sauropod dinosaurs, recognizable for their long necks and tails, that lived during the late Cretaceous period, more than 66 million years ago. The specimen going on view at the NHM is based on remains discovered by a rancher in the region of Patagonia, Argentina, and excavated by a team from the Egidio Feruglio Paleontological Museum (MEF) in 2014.

In 2017, the find was christened the Patagotitan mayorum, a name inspired by the region where its bones were found as much as its size. Since then, a replica of the skeleton—the most complete Titanosaur ever discovered—has gone on view at the Field Museum in Chicago and the American Natural History Museum in New York. 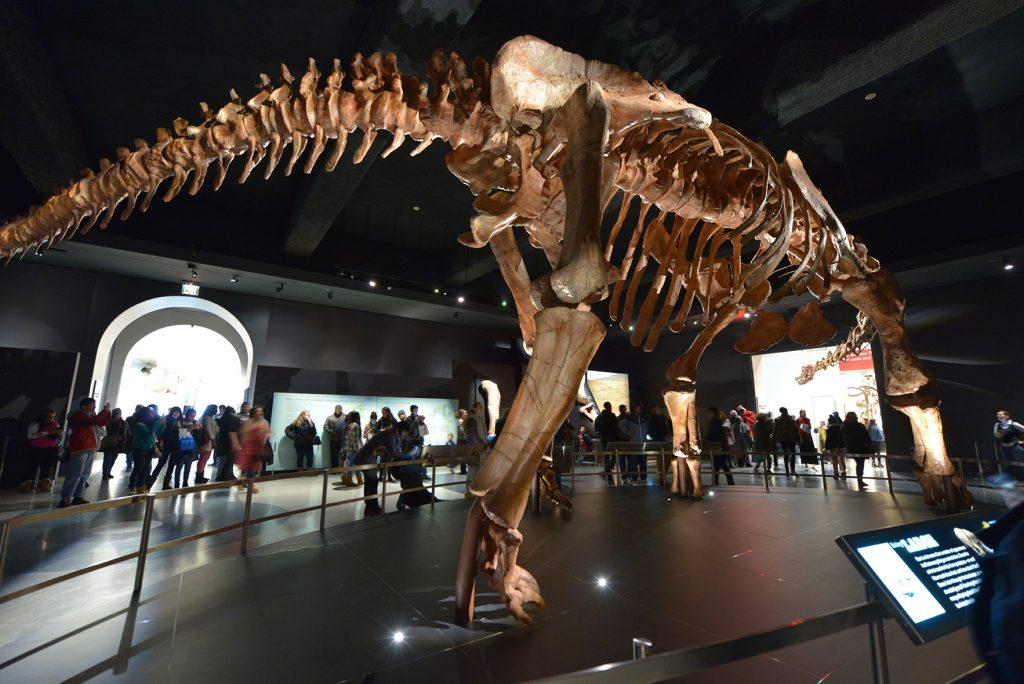 The Patagotitan mayorum on view at the American Natural History Museum. Photo courtesy of NHM.

At the NHM, the Titanosaur, on loan from MEF, will be accompanied by artistic renderings depicting Cretaceous-era flora and fauna, and the lifespan of the dinosaur. The exhibition will also include interactive and educational materials, inviting visitors to handle a cast of the Titanosaur’s skull, while urging reflection on what can be done to protect existing colossal animals amid a climate emergency.

“Our fascination with dinosaurs provides the ideal opportunity to inspire and inform the next generation about the natural world,” said Alex Burch, the NHM’s Director of Public Programmes, “and empower them to act for the planet.”

“Titanosaur: Life as the Biggest Dinosaur” will go on view from March 31, 2023–January 7, 2024 at the Natural History Museum, Cromwell Road, London.

Lauren Poitras's film, which follows Goldin's campaign against members of the Sackler family, has been nominated in the Best Documentary Feature category