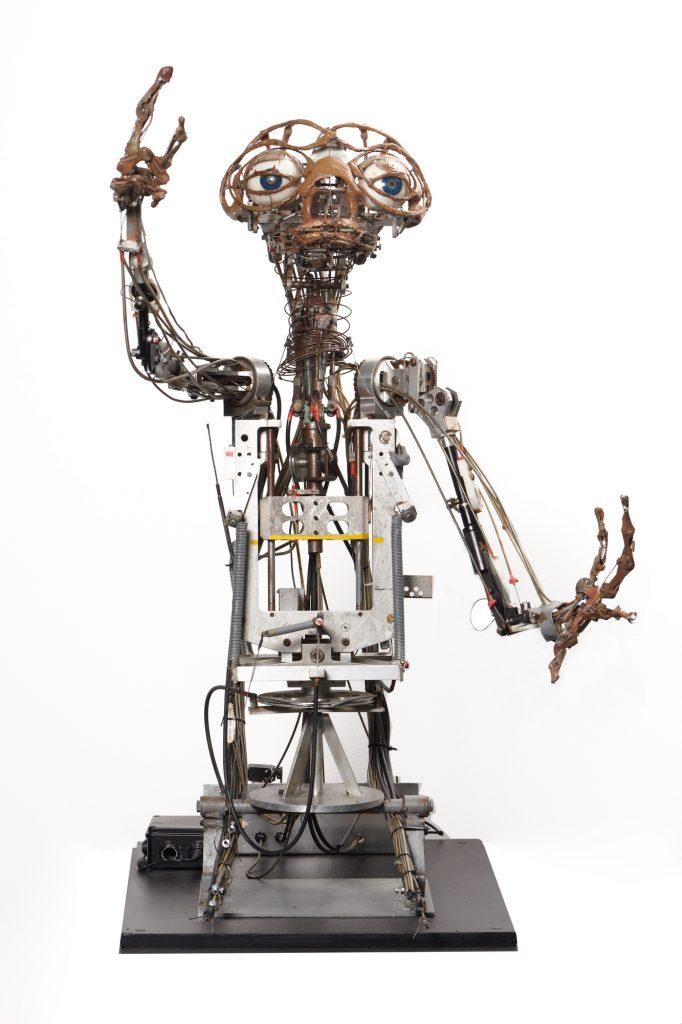 By the end of the year, E.T. will have a new home. The mechatronic model used in Steven Spielberg’s 1982 classic is going to auction on December 17, courtesy of Julien’s Auctions and Turner Classic Movies. The sale will take place in Beverly Hills.

Pre-dating the digital wizardry of CGI, the model is both a work of singular craftsmanship and a veritable piece of modern cinema history. Made from duraluminium, the model has 85 points of movement (it can blink and make abdomen rotations) enabled through both electric and mechanical cables. It has a high estimate of $3 million.

“This model is truly a work of art and an engineering masterpiece. Nothing like this model will ever be creating for a major motion picture again as it is just not practical in an era of such convincing computer-generated effects,” Jason DeBord, Chief Operating Officer at Julien’s Auctions, told Artnet News.

The lot includes a digital 360-degree animated representation of the mechatronic model minted as an NFT—created in collaboration between Julien’s Auctions, Rambaldi Studios, and Web3 platform TINAM. The NFT features the narration of the creator’s daughter Daniela Rambaldi.

Carlo Rambaldi may not be a household name, but his monstrous creations certainly are. The Italian’s mastery of puppetry, and mechanical and electrical engineering were responsible for the 42-foot-tall ape in and the grotesque parasite in . E.T., however, is considered his masterwork, one that required 12 animators to operate. Rambaldi’s task was, in essence, to turn a prop into a main character and he duly created something so bizarrely ugly it was cute. The achievement won him an Academy Award.

“There is only one Hero #1 model of the E.T., and this is the first and likely last time it will ever come up for auction,” DeBord said. “It may be purchased by a person or entity with an intention of placing it in an institution for future generations.”

Ahead of the auction, an exhibition celebrating the 40th anniversary of is being held at Milan’s Interactive Cinema Museum through January. The show, “E.T. La Mostra 1982-2022,” includes the mechatronic model, photographs, drawings and other memorabilia from the film. 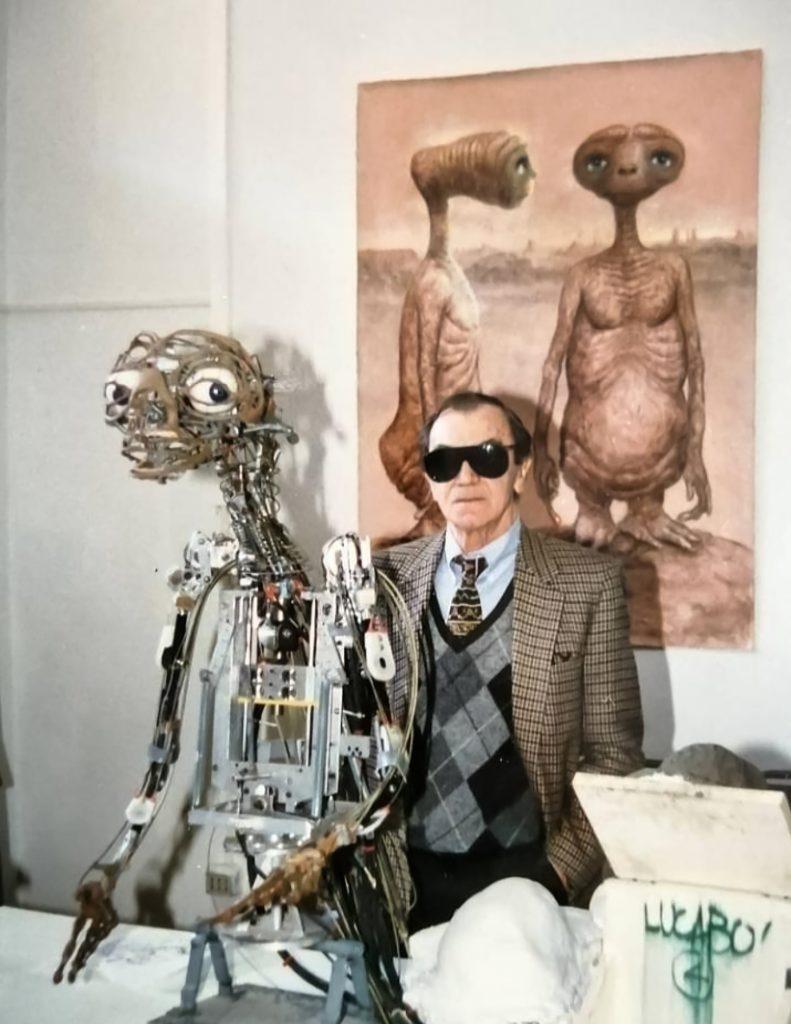 The auction has come to Julien’s Auctions and Turner Classic Movies through a partnership with Daniela Rambaldi, who, DeBord said, has a “mission to share with the world the work of her father, preserv[ing] his legacy as an individual who had a massive impact on cinema.” The auction will also feature the maquette model that preceded the mechatronic model and seven original blueprint mechanical illustrations.

“Idols & Icons” also includes a host of non-lots such as Harry Potter’s Nimbus 2000 broomstick from , the gloves and shorts sported by Robert de Niro in , and Moses’ holy staff as wielded by Charlton Heston in the 1956 film .