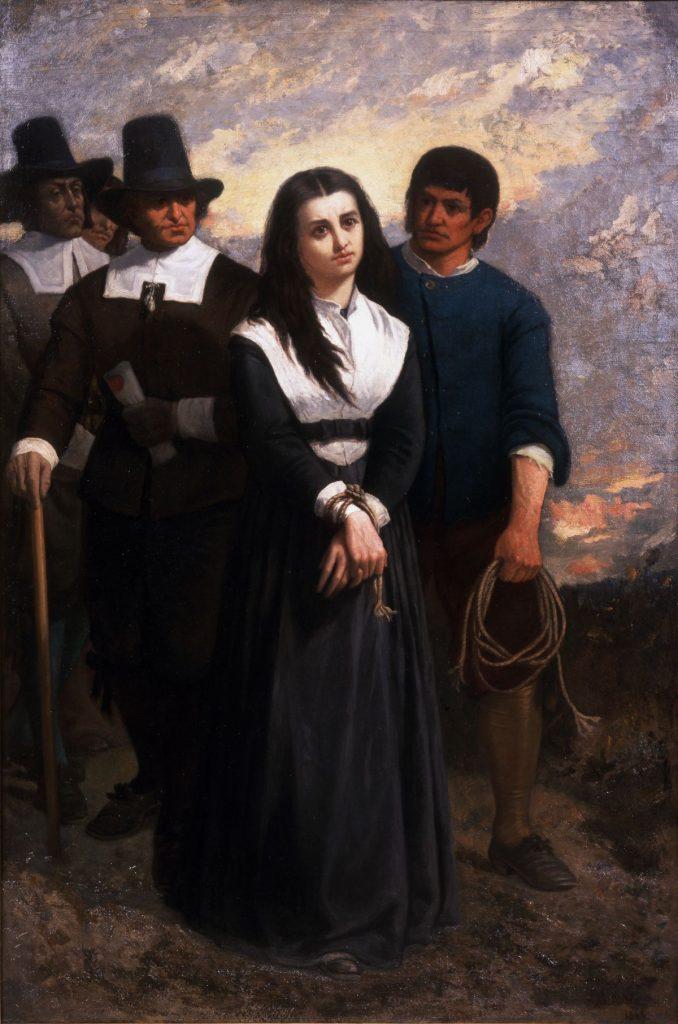 Magic is afoot at the New-York Historical Society, where a new exhibition revisits a dark chapter in U.S. history: the Salem Witch Trials. Between early 1692 and mid-1693, more than 200 people were accused of practicing witchcraft, and 20 people were executed.

“The Salem Witch Trials: Reckoning and Reclaiming,” which originated last fall at the Peabody Essex Museum in Salem, Massachusetts, is the latest offering of the historical society’s Center for Women’s History. It examines the legal proceedings in light of the role that race and gender played in the deadly affair, as well as the impact it made on descendants of the accused.

“Women were overwhelmingly the ones accused of witchcraft both in America and in Europe in the time period,” Anna Danziger Halperin, the center’s associate director, told Artnet News.

The Salem Witch Trials were an outburst of witch-phobia that followed a vogue for witch trials across Europe in the early modern period. The hysteria overtook the town and village of Salem (the latter is called Danvers today), implicating the poor and vulnerable as well as some of society’s most respected citizens. 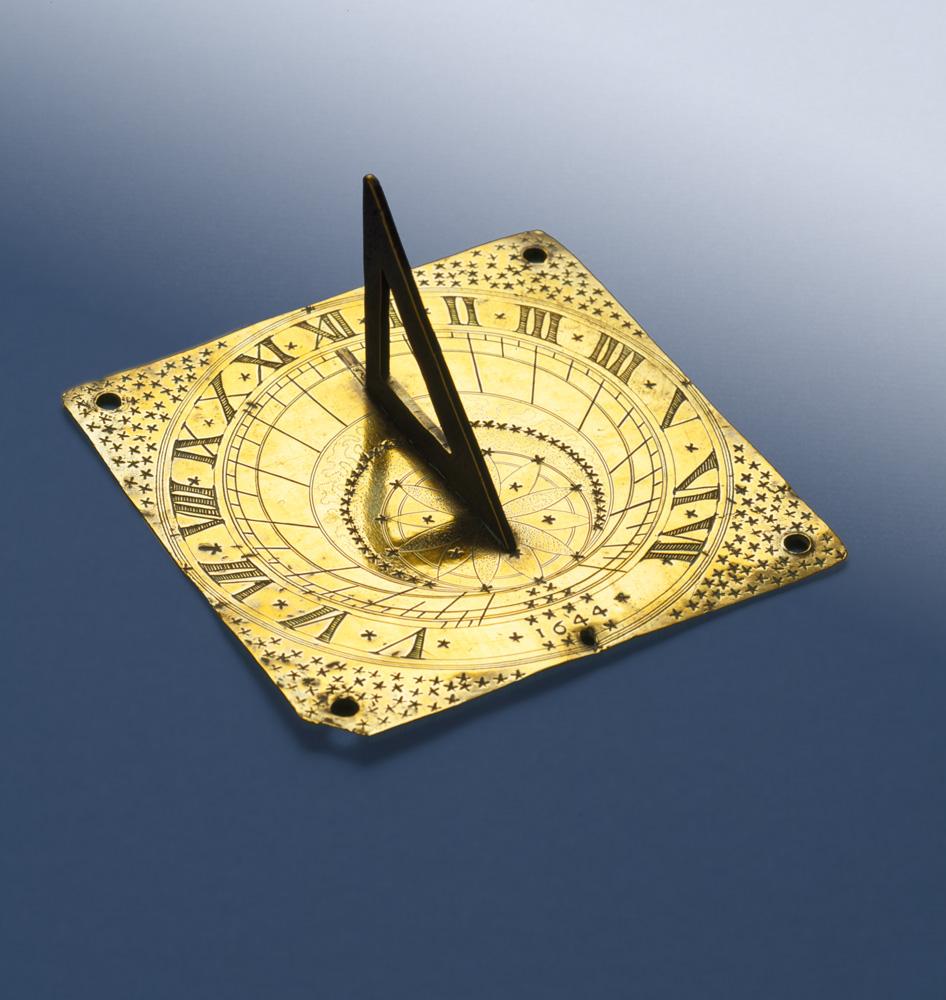 Artist in London Sundial (1644), owned by John Proctor, one of the victims of the Salem Witch Trials. Photo by Jeffrey R. Dykes. Collection of the Peabody Essex Museum, Salem, Massachusetts, gift of Abel H. Proctor, 1907.

“The first three people who were accused were women who were ostracized and easily scapegoated in the community, but from there, it spirals out,” Danziger Halperin said. “In some ways, the fact that men were also accused is part of what makes the Salem story exceptional.”

“It’s really a defining example of American intolerance and injustice—a terrible chapter in our history,” she added.

The trials created an intense climate of fear and uncertainty for the people of Salem, who never knew who the next target would be. (The accused included a four-year-old child.)

Setting an appropriately spooky tone for the show is an atmospheric soundtrack of crackling flames, howling winds, and eerie bird calls. The ambient noise plays as you approach a recreation of the Salem hearth where the tragedy all began. The daughter and niece of Reverend Samuel Parris accused Tituba, an enslaved woman from Barbados, of being a witch and causing the mysterious fits they claimed were afflicting them. 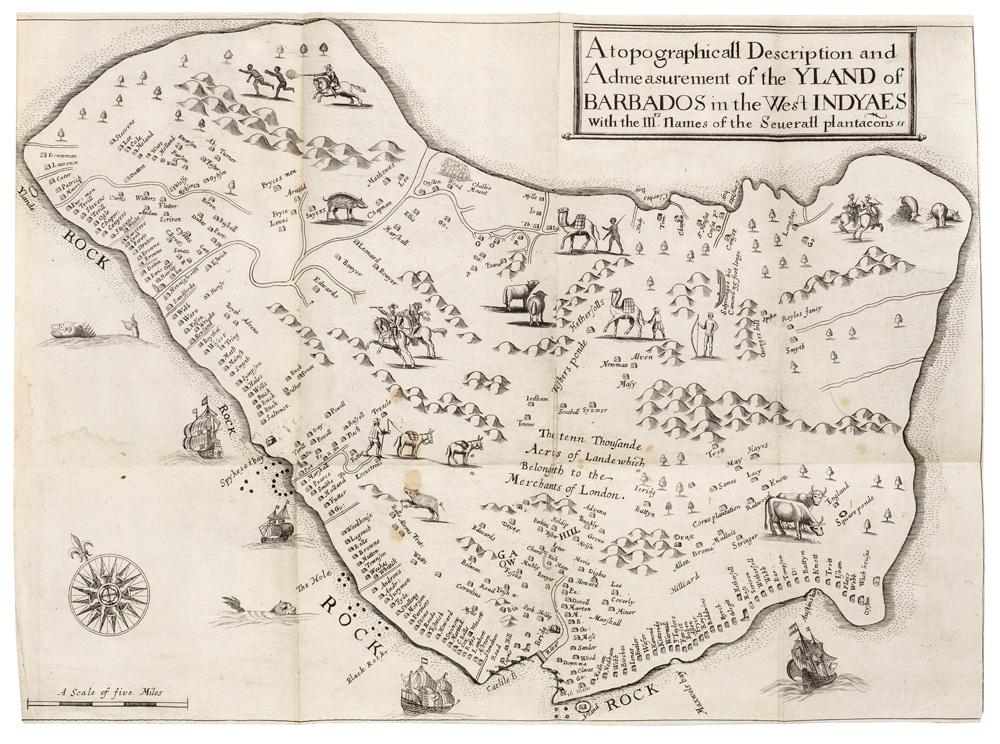 Though Tituba managed to avoid execution, the historical record offers no trace of her fate. In lieu of surviving artifacts, Danziger Halperin represented her with a colonial map of Barbados, where Tituba was enslaved before joining the Parris household.

The original Peabody Essex show drew from the museum’s collection of primary documents. In lieu of trial transcripts and other papers, the NYHS has brought in other historical manuscripts, such as a copy of the , or , a handbook on how to identify and kill witches, originally published in Germany in 1486.

Also on view are some of the personal belongings of Salem residents, such as a window from the home of the Towne family, whose three sisters were all among the accused. (Two were executed.) 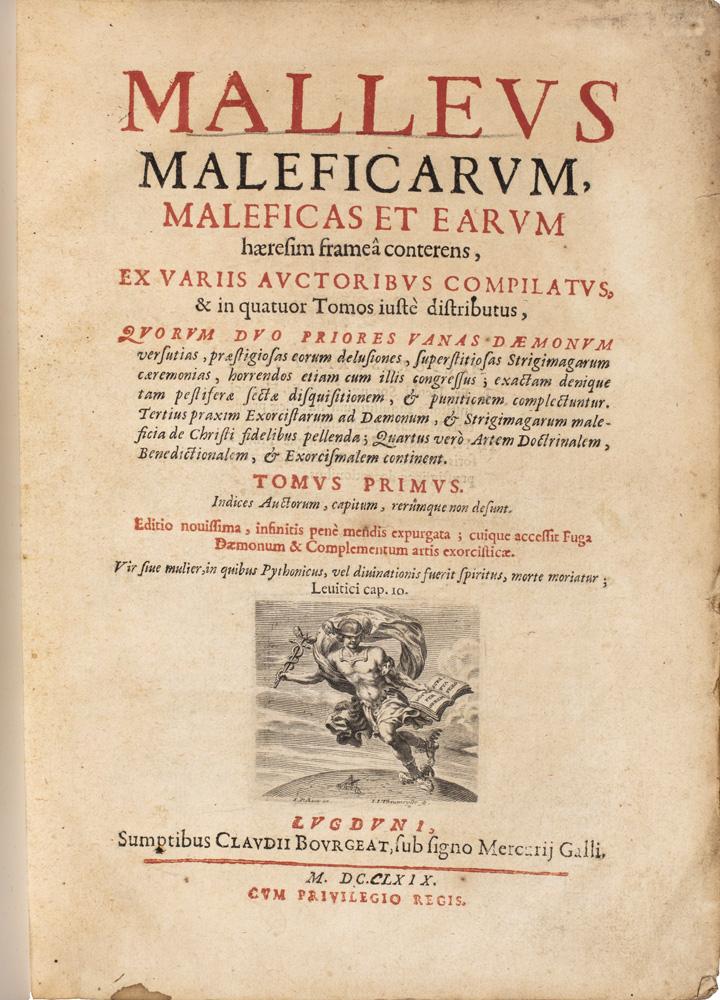 “It has its own kind of eerie power,” Danziger Halperin said. “The window is this place where people could eavesdrop and see evidence and hear rumors.”

Other artifacts include a large chest that belonged to the Osborn family and a tape loom from the Putnams. Sarah Osborne was one of the first three people accused of witchcraft, likely targeted because of an inheritance dispute following the death of her first husband, a relative of the influential Putnam family. (Osborne died in jail before her trial.)

“The Putnams were really one of the most vehement proponents of accusing their neighbors,” Danziger Halperin said. “Which makes this small decorative tape loom that was used by Rebecca Putnam a really amazing artifact—it has these incredible symbols carved into the handle that are symbols of folk magic. It’s a protective amulet, which would have went against puritanical belief!” 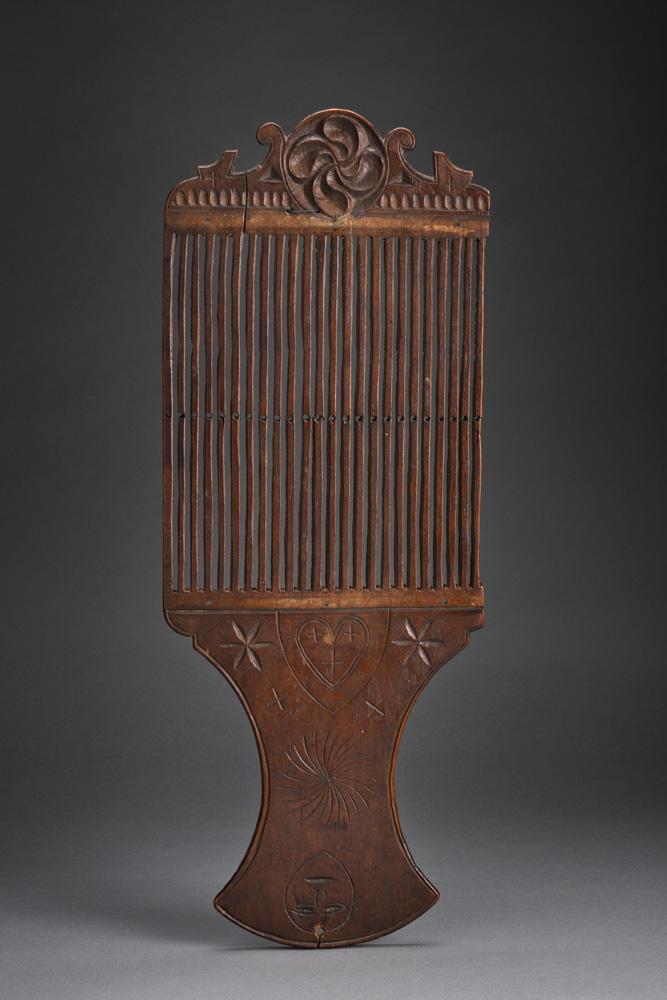 Existing conflicts between neighbors and families were among the tensions that bubbled to the surface as the trials picked up steam, fueled by political uncertainty and upheaval, a military conflict that brought in refugees from other parts of New England, and crop failures and disease amid a harsh winter.

“Historians use the phrase a powder keg,” Danziger Halperin said. “There’s so many different conflicts and tensions coexisting in the community, once there’s this spark that ignites it, it just explodes.”

The trials end almost as suddenly, with reason seemingly prevailing in January 1693, when a new court ruled that spectral evidence was no longer legally admissible. 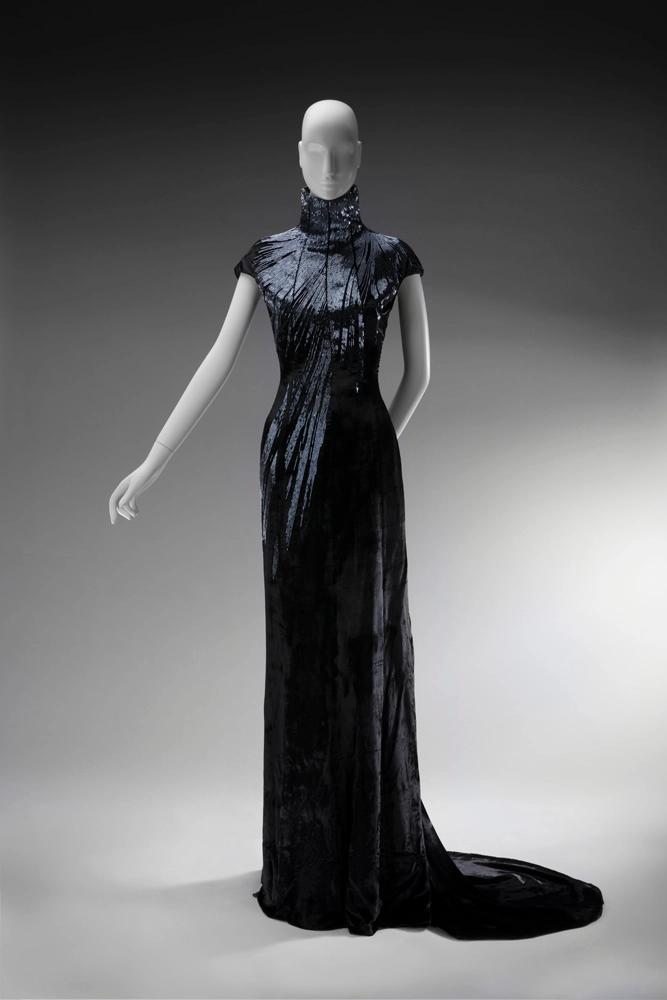 A powerful addition from the museum’s own collection closes the show: Thomas Satterwhite Noble’s massive painting (1869). The model for the woman being executed was a descendant of a woman who was hung as a witch in Salem.

The exhibition also brings the story of the trials into the 21st century, with bodies of work by two Salem descendants who have embraced witchcraft in ways that their ancestors could never have imagined.

The late fashion designer Alexander McQueen dedicated his 2007 fall/winter collection to his ancestor Elizabeth How, who was put to death as a witch, creating garments that incorporated symbolism of witchcraft, the occult, and tarot cards. 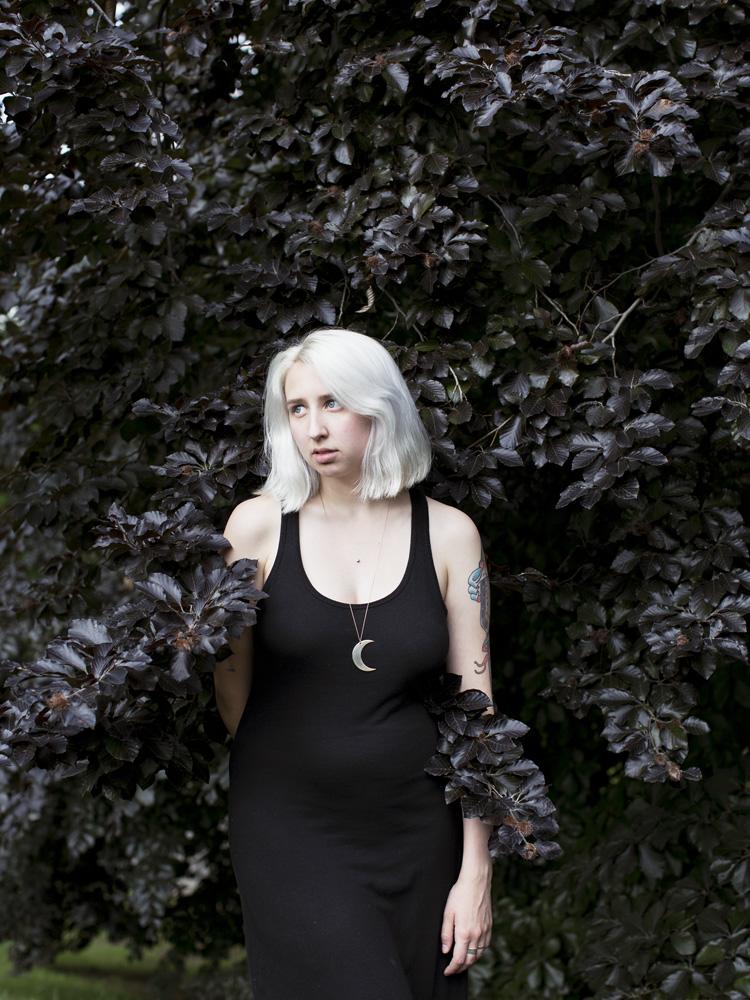 Frances F. Denny, (2016) from “Major Arcana: Portraits of Witches in America.” Courtesy of the artist and Clamp Art, New York.

And then there are portraits of modern-day witches—women who have embraced elements of witchcraft and magic—shot by New York photographer Frances F. Denny, a descendant of Samuel Sewall, one of the judges who oversaw the trials.

“There’s a huge difference between being accused of being a witch and claiming it on your own as a religious or political identity,” Danziger Halperin said. “These women do call themselves witches, and some lay claim to long historical roots in witchcraft practices and different kinds of traditions. It shows that witch doesn’t have to be this dirty word—magic doesn’t have to be this evil incarnate kind of power.”