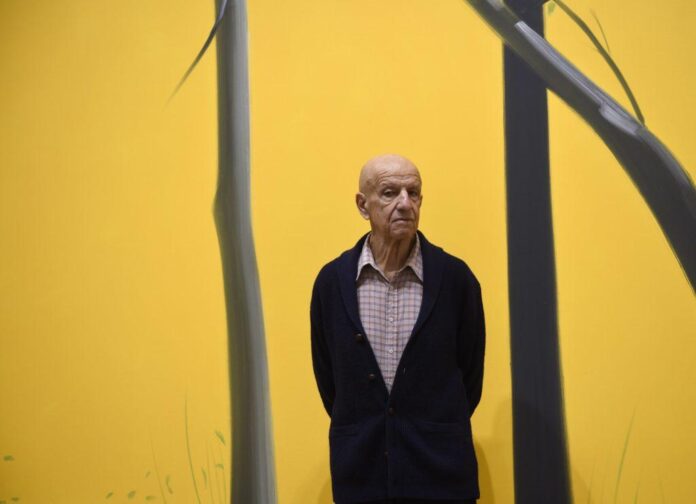 When art dealer Thaddaeus Ropac first started showing the work of Alex Katz in Europe more than 30 years ago, it was something of an uphill climb.

“When we started showing him in Europe in the late 1980s and 90s, most of the institutions did not own Katz. Very few had works in the collection,” Ropac told Artnet News in a phone interview. However, he said he treated this an opportunity. “It was a big chance for us,” he said.

More recently, “we counted the other day. We placed more than 50 paintings in European institutions in just the last couple of years, from the Centre Pompidou to Albertina, and across Europe.” It seems to be a perfect encapsulation of the trajectory of Katz’s career and market. Over the course of more than eight decades, Katz who is now 95, steadfastly embraced a signature flat, cool style of portraiture (many of his wife Ada and son Vincent as well as dozens of friends), along with nature and landscape paintings that seemed to fall in and out of favor with the art world’s notoriously fickle tastes and trends, even as it drew a loyal, core group of fans and followers from the start.

“Katz was almost a bit of a loner,” said Ropac. “He was so much on his own, it’s not Pop art, though it was the same generation. He was not part of the Abstract Expressionists. He had a steady career but he also had a difficult career.”

Now, his status as a great American painter seems to have been firmly cemented in recent years, culminating in the recently opened major retrospective at the Solomon R. Guggenheim Museum in New York, that has drawn accolades, including from critic Roberta Smith. Smith admitted she was initially skeptical at the show being staged in the famous Frank Lloyd Wright-designed spiral because of its “small, low-ceilinged… tilt” but quickly decided that the work “thrives” here, upon seeing it in person.

She went on to call Katz “one of the most singular painters in American art, a card-carrying believer in the postwar New York School of Painting, but one who disdained to join or was excluded from its blue-chip elites—Abstract Expressionism, Pop, Minimalism, Color Field.”

“This is an amazing moment for Alex Katz,” said Ropac, who was at the museum for the preview reception when the artist unexpectedly showed up in a white suit. He recounted how the crowd, an estimated 1,300 guests, erupted into applause as Katz walked down the museum’s iconic ramp. Ropac said he also spotted some of the artist’s most loyal patrons there, “who followed, collected, and supported his work for 50 years who had flown in from Florida, Los Angeles, and San Francisco to attend the opening.”

Ironically, it is the very same individuality that is being celebrated now that was once what weighed so heavily on his career. “There was always a market and it was developing when we started working with him but he was never part of a movement,” said Ropac. “At the moment there is a strong American market. I dare to say there was a  moment in the ’90s where Europe was stronger and had bigger interest in his work but America caught up in time.” 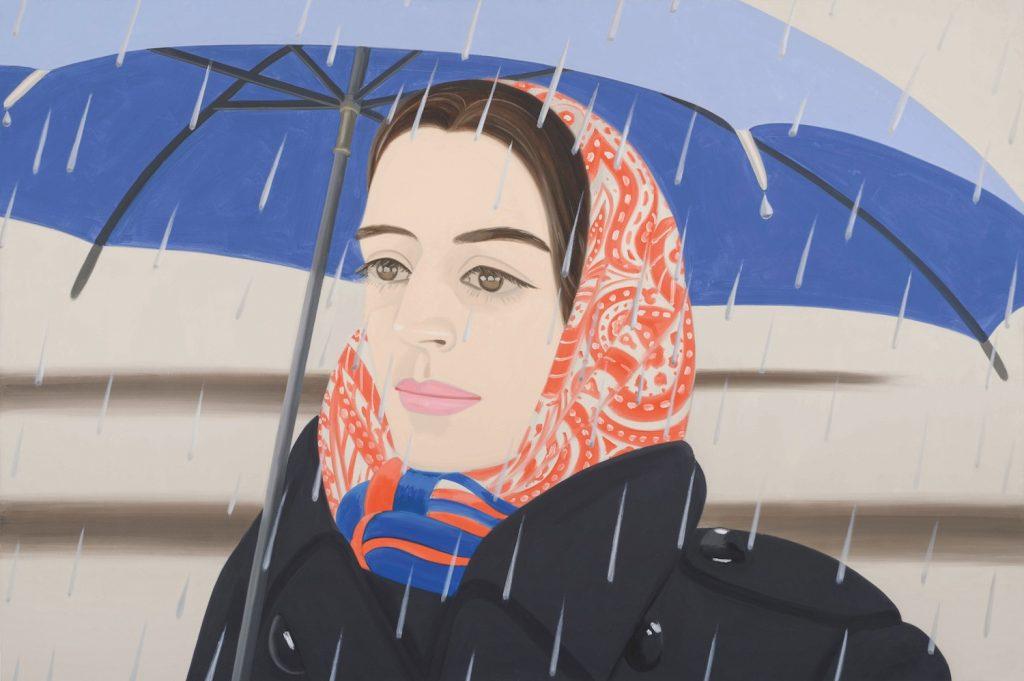 “Looking at Alex Katz’s top auction prices, you can see they were all achieved in the past few years, so it’s a great glimpse into what’s most in-demand,” said Annie Dolan, co-head of Phillips’ day sale of 20th century and contemporary art. “Works from the 1970s and early 1980s tend to be the most desirable,” in part because his first major retrospective at the Whitney was in 1986, she says. “These artworks were created in the lead up to that moment, when he was refining his technique and becoming a household name.” 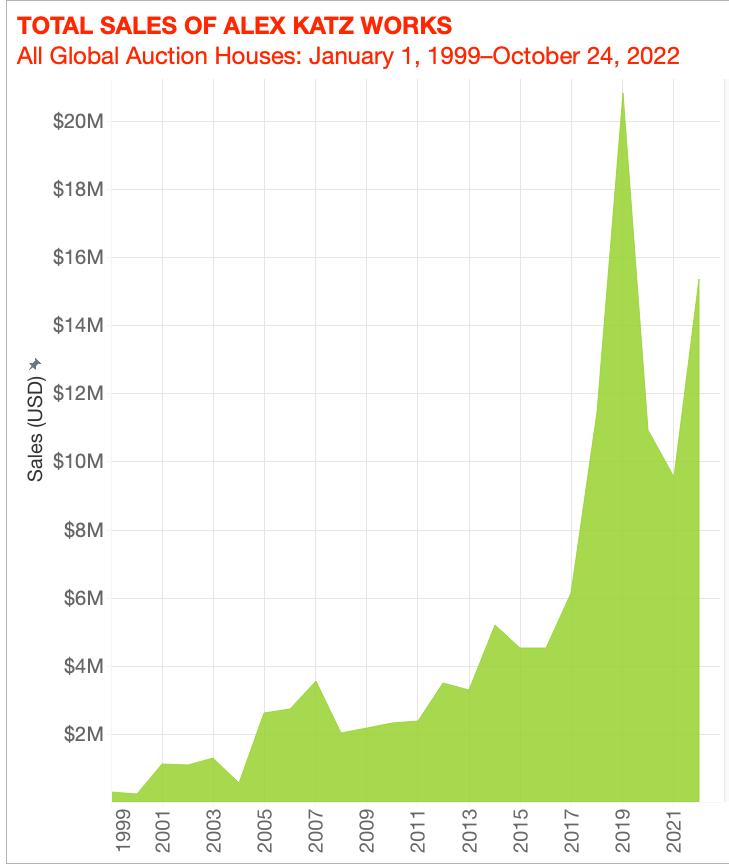 Dolan says in terms of subject matter, collectors tend to be drawn to figures in his work that they recognize, whether it be someone the artist knows personally, who he depicted many times over, or a named person of interest beyond that. “People really resonate with the fact that he elevates loved ones and everyday moments from his life in these portraits. His wife, Ada, is a great example of this, with images of her often commanding the strongest prices.”

The auction record Phillips set in 2019 is an iconic image of Ada. In the upcoming Phillips day sale there is a portrait of a more well-known sitter created more recently, “though someone who was still incredibly influential in Katz’s life,” said Dolan. It’s a painting of former Whitney curator Richard Marshall, who organized the 1986 retrospective there. 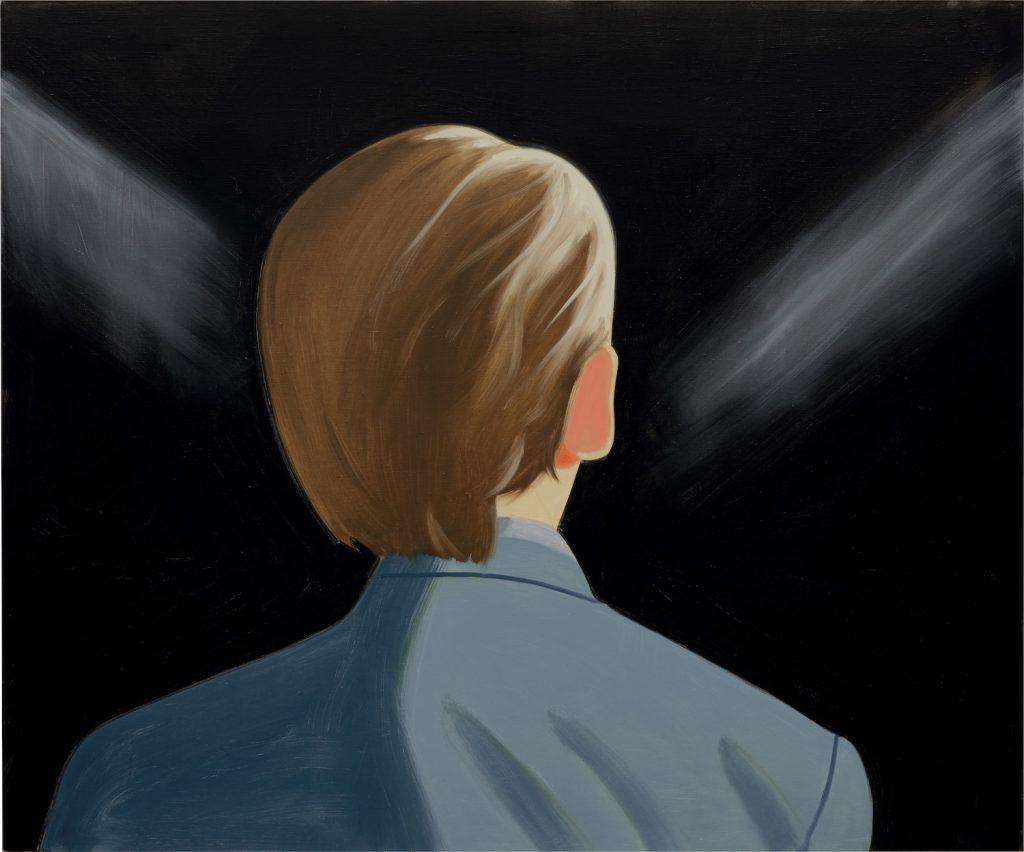 “We see him from the back, as though he’s walking away, so while he is named in the title, there is still a sense of anonymity,” Dolan said. And in the evening sale is a large triptych from 1982 . While the subjects aren’t officially named, the left figure, known as Laura, is likely Laura Halzack, the prima ballerina of the Paul Taylor Dance Company. “Katz does an excellent job of depicting specific sitters, while still allowing for the viewer to recognize elements of themselves in his work,” she said.

Ropac says that major works from the 1960s and early ’70s are in high demand at the moment. He added that primary market prices have always been strong but that secondary market prices tend to fluctuate more.

Dolan said that while estimates are based in part, on primary market prices, “the competition on the secondary market has been driving up the prices of his work at auction, so in general, you’re likely to see works outperform here.”

Both described the market as truly international now. Katz’s work was one of the first shows at Ropac’s Seoul gallery in October 2021. He described the response to the show as “incredibly strong” and said the gallery sold many works in Korea and across Asia. Ropac is talking with Katz, who is still creating new works, about a future show in Paris.

Dolan noted with respect to auction sales “a great deal of demand from Asia, in particular, as collectors there are responding to the pop effect of the paintings, with their eye-catching, graphic and flat aesthetic.”

Another aspect driving the popularity? The renewed interest in figuration. “It’s also fair to say that many emerging artists have been influenced by Katz’s approach of elevating people from his everyday life to those ‘worthy’ of a formal portrait, so we are actually seeing many collectors, including younger ones, looking to fill out their collections with some of his figurative works,” Dolan said.

Another key part of Katz’s appeal is his role as a mentor and an “artist’s artist,” who forged so many individual relationships and took an interest in many other artists’ work including a longstanding habit of studio visits. Says Ropac: “He developed these incredible relationships and also built this incredible career. Of course now is the time where we feel we can see the fruit of his life’s work.”