Home News A Painting Hidden Away in a U.K. Country Manor Turns Out to... 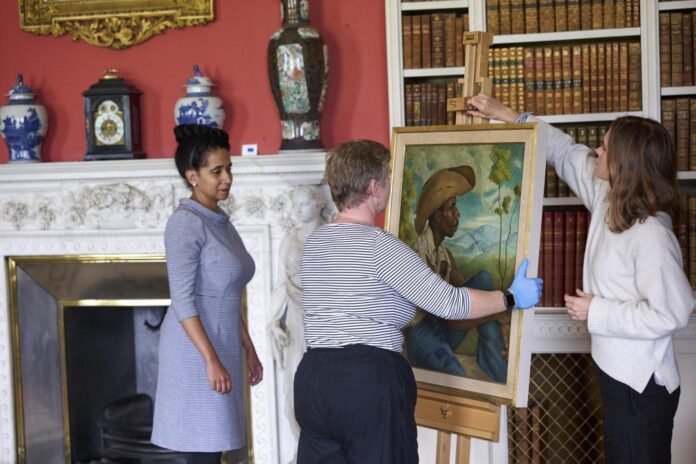 A researcher at the National Trust, the U.K organization that oversees the country’s historic collections, just identified a previously misattributed portrait from the Lincolnshire manor Belton House as a pivotal work by the Harlem Renaissance figure painter Richmond Barthé.  The canvas Seated Man in a Landscape was painted in the 1950s while Barthé was living in Jamaica, and depicts the artist’s favorite model, Lucian Levers.

The work now goes on view at Belton House for the first time, with the correct wall text, to commemorate the start of Black History Month in the U.K.

The National Trust doesn’t know precisely how the painting arrived in Lincolnshire, but “it is likely to have been acquired by Perry Cust, 6th Baron Brownlow, who built a holiday home in northern Jamaica,” the organization said in a statement.

The discovery that the portrait is a rare example of Barthé’s work in a U.K. collection was made when assistant national curator Alice Rylance-Watson took a closer look and noticed that the signature had been incorrectly transcribed, leading to a faulty attribution. Artnet News is still awaiting comment from the National Trust as to who they thought the artist was before.

Using existing research by the late art historian Margaret Rose Vendryes—the force behind the definitive 2008 volume Barthé, A Life in Sculpture—Rylance-Watson compared the subject of Seated Man with three other likenesses of Levers, from photography to sculpture, to confirm the sitter’s identity. Levers worked at Iolaus, Barthé’s home and studio in St Ann Parish, Jamaica. 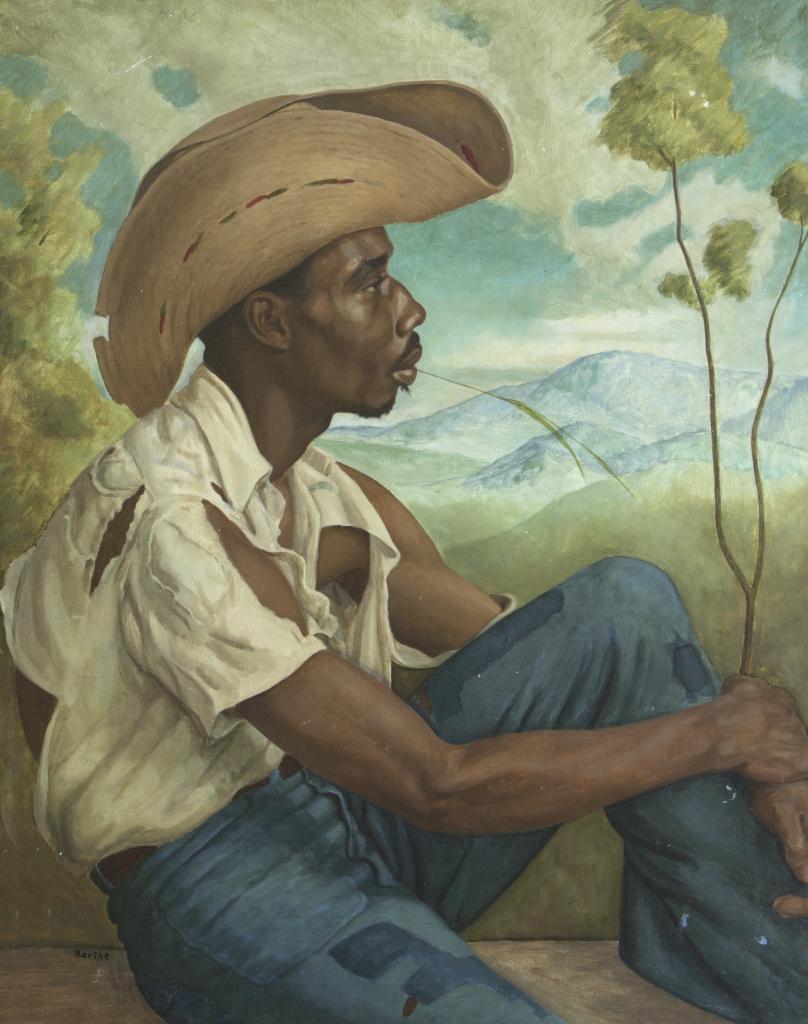 “It can be difficult to name black individuals who appear in historic portraits, chiefly because of a lack of documentation,” Rylance-Watson said. Barthé was the only documented artist working on the island at that time.

Still, art history remembers him mostly as a sculptor. Born in Mississippi in 1901, Barthé’s local community pooled funds to send him to the School of the Art Institute of Chicago—one of two American studio programs that accepted Black students at the time. Although Barthé studied painting first, sculpture brought him acclaim later, while working in New York.

Faced with a lifetime of alienation and “periods of mental and physical ill health,” according to the National Trust, Barthé moved to Jamaica from 1949 through 1969 for a restorative sabbatical and tenuous return to painting. Most canvases from this time were destroyed or given away. Seated Man is a rare survivor.

The National Trust is also celebrating their new understanding of the work by inviting living Black artists like the EH Jazz trio and Quilla Constance to share personal stories about Barthé’s influence—culminating with a video about the work, narrated by BBC Radio 2’s Trevor Nelson, which will debut online and at Belton House on October 13.

Artist and program participant Eugen Ankomah said the project creates “a sense of something else beyond what may be paraded in front of us in the everyday.”