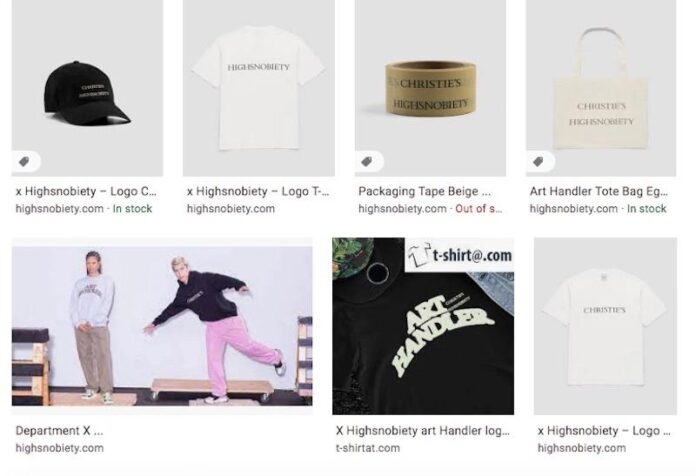 Christie’s auction house and lifestyle brand Highsnobiety scrambled to erase almost all digital evidence of a jointly created “Art Handler”-themed apparel line after it sparked a furious backlash from actual art handlers, who called the project tone-deaf and offensive.

The auction house confirmed the decision to scrap the clothing line, as well as a meeting with its art handler, which took place this morning. A source told Artnet News last night, before to the meeting, that the purpose of it was to “address hurt feelings.”

According to a statement from Christie’s, the “art handlers are valued members of our global team—dedicated, skilled and hard-working. Christie’s leadership personally met with our New York art handling team this morning to address the matter and offer our sincerest apologies to our colleagues and to all who were offended by our recent marketing campaign. We take this matter seriously and are taking appropriate action to ensure this does not happen again.  All ‘art handler’ labeled merchandise has been removed from sale on Highsnobiety’s website.” 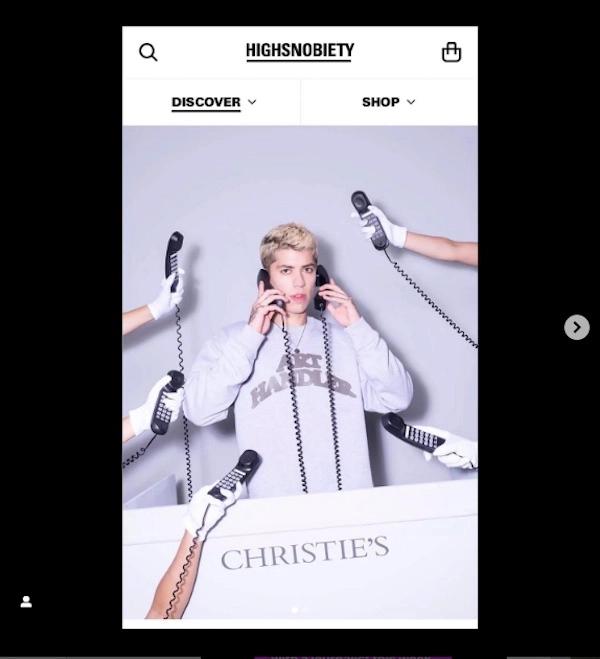 In the lead-up to the meeting, social media reactions to the project were defined by sniping and criticism. It didn’t help that the items carried lofty prices, ranging from $50 for a tote bag, to $65 for a t-shirt and $125 for a sweatshirt emblazoned with the label “Art Handler.” The online advertisements for the line featured models sporting the garb in unusual places, such as posturing atop a ladder.

In one photo, a model standing at a Christie’s branded auction rostrum juggles several landlines as outstretched, white-gloved hands thrust additional phones in his direction. The marketing campaign seemed to be a take on the type of competitive, high-stakes bidding activity that goes on at major evening sales, but which is usually fielded by senior auction house specialists, not art handlers.

One source told Artnet News that art handlers working inside the house had already bristled at the photo shoot while it was happening, and that the planning for the partnership was a year in the making.

But what might have been intended as a wry, insider riff on the art market did not land with its real-life workers, who occupy a notoriously precarious niche in the industry, with their well-documented struggles for fair pay and equitable work conditions.

“When I saw the collab between Highsnobiety and Christie’s, I cringed, they exploit the allure of our aesthetic and culture, being an art handler is something very specific and skilled, maybe now that Christie’s is exploiting our aesthetic, are they willing to finally pay their handlers a living wage?,” read a post on the Instagram feed for the Art Handlers Alliance yesterday. The criticism ran along with a photograph of a sweatshirt with letters that mocked the clothing line, asserting “Christie’s exploits art handlers,” created by the art handler and designer @sugarbombing.

Within 24 hours, the critical takes on the clothing line were about the only evidence left of it online. The Instagram feed for “Department X,” Christie’s newly launched category for sneakers, streetwear and collectibles, has been entirely taken down, as has the Instagram feed for the auction house’s senior vice president of marketing, Neda Whitney.

Highsnobiety did not respond to a request for comment. Individual images of some items from the collaboration still appear on web searches, but the links to product pages on Highsnobiety’s website either come up as “no results” or “Bummer. The requested page cannot be found.”

“There is a lot of risk and stress involved” in being an art handler, said Ian, a representative for the Art Handlers Alliance. While the art industry in general has been thriving, he said, noting strong sales at both major auction houses and galleries touting record revenue, this marks a sharp contrast to what handlers are paid. “They need us but they figured out how to knock back salaries and operate with less for a long period of time. They’re not necessarily wanting to move past that so much.”

“Looks like Christie’s [would] rather take down the merch from their collab with Highsnobiety than opening a conversation about their employer ethics and art handler wages, even tho this is a small victory, it’s not what I am aiming for,” according to a post by sugarbombing, who added that “without us, there’s no show, without us there’s no auction!

“It’s time for them to value our worth, we must demand living wages accordingly to the cities where we work and live, aka the most expensive cities in the USA,” sugarbombing added. “Is Christie’s going to apologize and give their in-house handlers a raise?”