Home News A Plagiarism Row Ignited Over Paintings of a Black Cowboy at the... 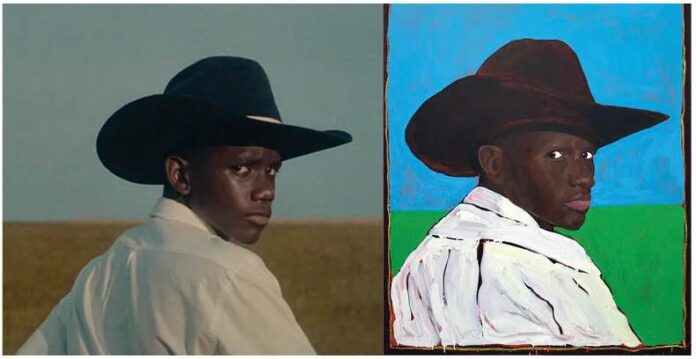 A plagiarism accusation has reached an apparently harmonious resolution at the Guggenheim Bilbao after sleuths noticed that Spanish artist Gala Knörr‘s paintings of a Black cowboy bore a striking resemblance to a film by Dayday, a queer Black artist from Brooklyn who has done projects with the Oscars, the ABC series , the , and Alicia Keys, among others.

In response to the controversy, the museum has agreed to exhibit Dayday’s original video, , alongside the paintings it inspired in its “Basque Artist Program” group show, reports . (The exhibition followed a joint residency program for Knörr and nine other Basque artists at the Guggenheim in Spain and New York.)

“The film by Dayday will be exhibited along with an artist statement, marking the visible source of inspiration for Knörr,” the museum said in a statement. “By tangibly linking the works together, we can begin to reflect on the dual erasure of the cowboys of the Basque country and African-American cowboys in the United States from history.”

In earlier work, Knörr explored the influence on Basque cowboys on the well-trod image of the cowboy in American film and pop culture. The new “Young Cowboy” series expanded on that project by highlighting Black cowboys.

The artwork “revisits the history of the American West by reviving figures that may have played a prominent role in their day but have been forgotten in popular U.S. culture,” according to original press materials for the show.

As inspiration, Knörr cited the image of Brianna Noble, a young African-American woman who rode through Oakland’s 2020 Black Lives Matter protests on horseback. 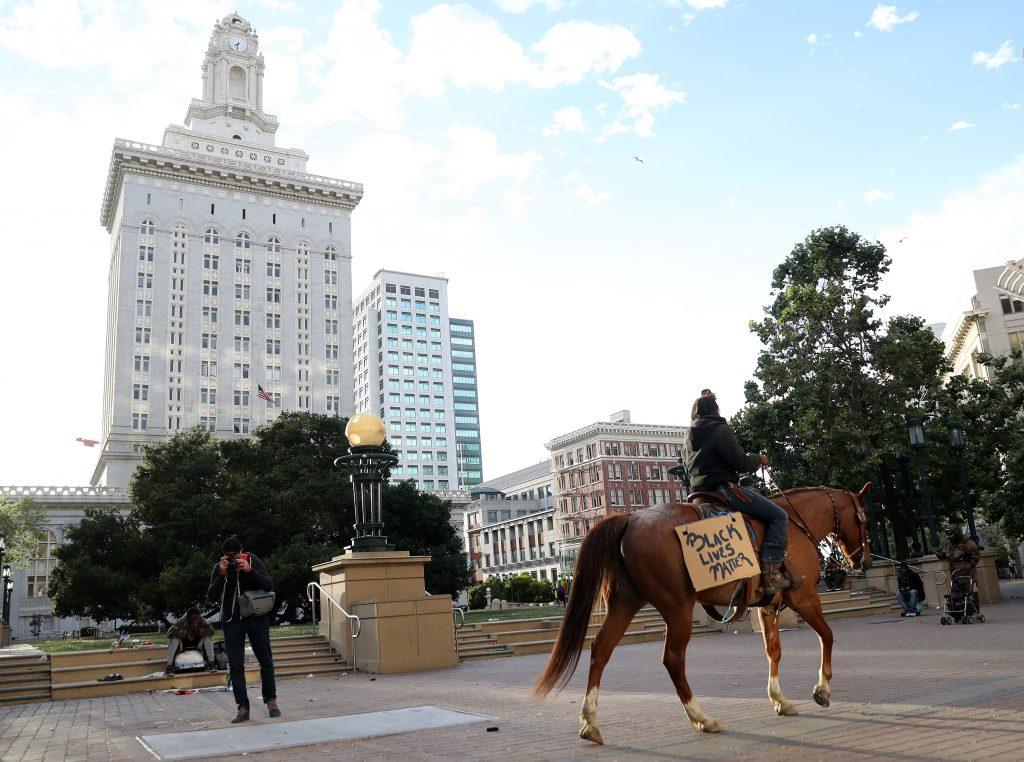 Brianna Nobel during a protest in Oakland, California. Photo by Justin Sullivan/Getty Images.

But Knörr’s painting , of a steely-eyed Black man in a cowboy hat and white collared shirt staring over his shoulder, closely mirrors one of the opening shots of .

Directed by Dayday and filmed in North Carolina, the movie stars Ezekiel “Blue” Mitchell, a prominent young Black bull rider, and draws parallels between his career and the lost legacy of African American cowboys.

Art consultant and curator Alexis Hyde was the first to point out the similarity between Knörr’s painting and .

“This white woman artist is out there trying to talk about erased Black history while she is actively erasing Black history,” Hyde said in a TikTok video, suggesting that the film be shown alongside the painting. Other users, including stop-motion animator Bona Bones and artist Art by Xen, echoed her concerns.

As the controversy unfolded, Knörr, who made her social media account private, acknowledged being influenced by and apologized for not crediting Dayday.

“I read books and watched documentaries on this topic, and one of them was directed by Dayday—inspiration for my paintings,” she told . “This was a very huge mistake I did and explained to Dayday that this was not ill-intentioned whatsoever, it was me not making sure they were credited and for that, I’m very sorry.”

Pablo’s Birthday, Knörr’s New York gallery, also apologized to Dayday on Instagram, saying “we believe in giving credit where credit is due and want to encourage a space for collaboration of all capacities.”

“As for Gala,” the post continued, “we want to acknowledge the pathways in which she got to where she is and urge cultural institutions such as galleries and museums and artists themselves to reflect on their practices and the impact they have and to notice how their privileges have led them to where they are.”

The gallery and Knörr responded to inquiries from Artnet News with the official statement from the Guggenheim. As of press time, there was no response from Dayday.