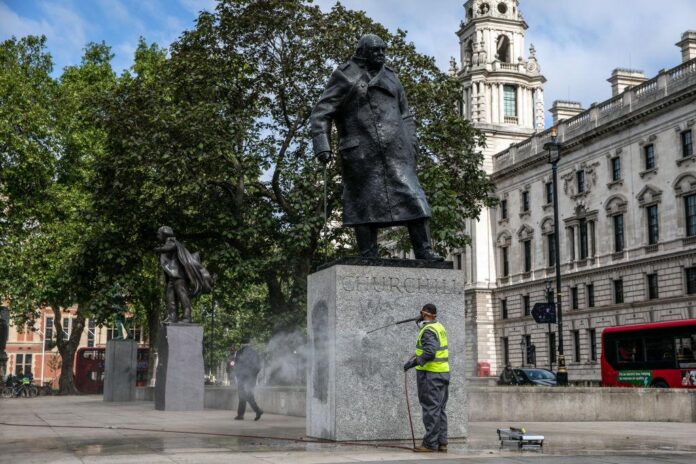 Anyone caught damaging a memorial in the U.K. could now face harsh penalties of up to 10 years in prison.

Previously, sentencing was constrained in cases where the cost of the damage is less than £5,000 ($6,000). Offenders would be tried at a Magistrates Court and could receive a maximum imprisonment of three months and a possible fine of up to £2,500.

Without this new limitation, however, they can be tried in the Crown Court and receive the maximum of 10 years imprisonment that was previously reserved for damages over £5,000.

This amendment, implemented on June 28, is part of a broader criminal law that is focused on giving police more power to manage protests. The Black Lives Matter protests in the summer of 2020 were explicitly cited in an outline of the controversial law, released by the Criminal Law Policy Unit.

“There’s now a prospect of greater penalties being imposed if those in power don’t agree with the message being imparted by those doing the damage, thereby potentially impacting people’s right to express themselves freely,” Rudy Capildeo, a specialist in art law at Charles Russell Speechlys, told Artnet News. “A political judgement appears to be being placed on the content of the graffiti rather than the act of vandalism itself.” 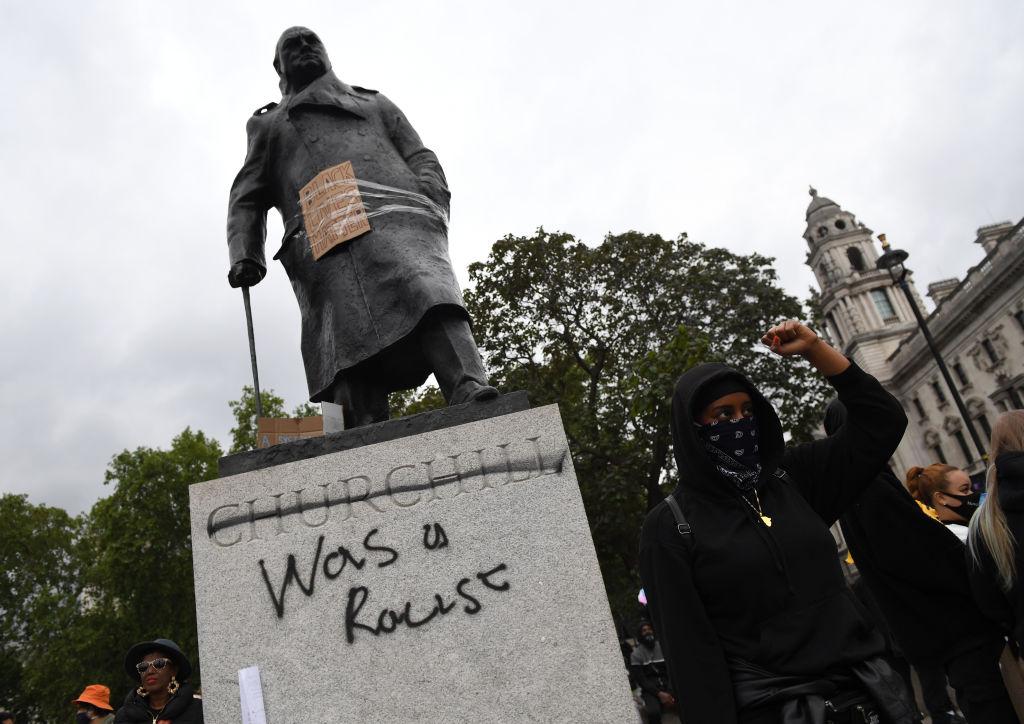 The words “was a racist” were spray painted on a statue of Winston Churchill outside the Houses of Parliament in Westminster during a Black Lives Matter protest on June 07, 2020 in London, United Kingdom. Photo: Chris J Ratcliffe/Getty Images.

A number of memorials in England were damaged when the protests erupted worldwide following the murder of George Floyd by a police officer in Minneapolis.

On June 7, in London, an 18-year-old man spray-painted a statue of Winston Churchill. He was found to have caused damages of £1,642 ($1,956) and was fined £200 (as well as additional court costs, victim surcharge, and compensation).

Incidents like these sparked a backlash and calls for harsher punishments, stoking our current culture wars.

The Criminal Law Policy Unit’s outline states, “while incidences of damage to and desecration of statues and war memorials are typically of low monetary value, they very often carry a high sentimental and emotional impact.”

“The idea that a statue to Winston Churchill, or the nearby memorial to his fellow racist and architect of apartheid Jans Smuts, carry a uniquely positive emotional value is itself inherently political,” a spokesperson for the Network For Police Monitoring (Netpol) told Artnet News. 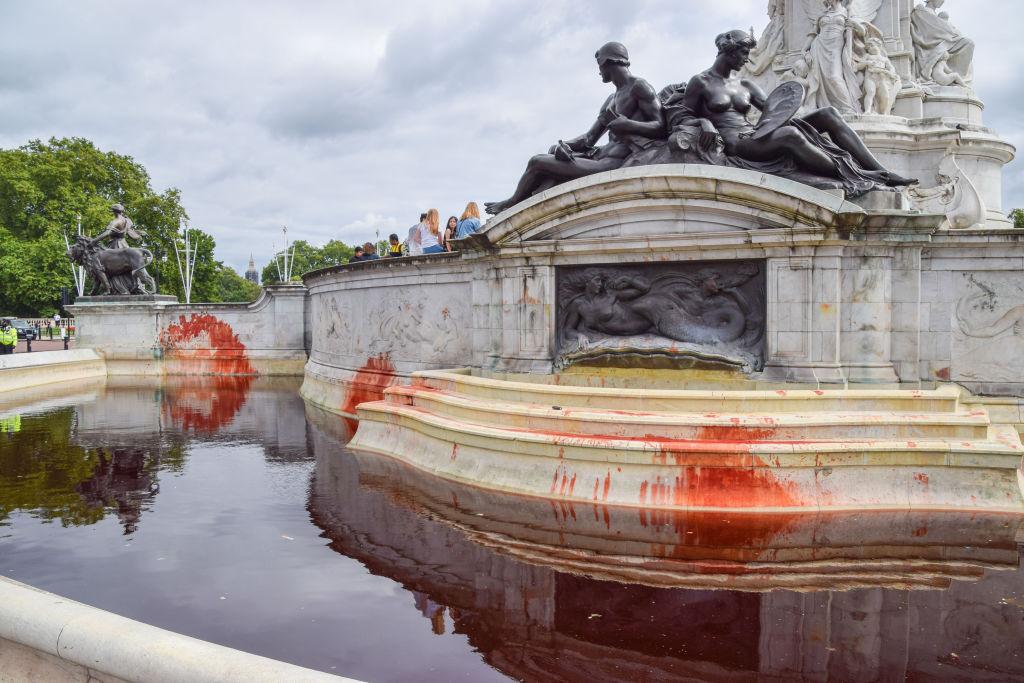 Fake blood is seen at the Victoria Memorial during a protest by Animal Rebellion activists in August 2021. Photo: Vuk Valcic/SOPA Images/LightRocket via Getty Images.

Not all damage to memorials has been in the context of a demonstration. In August 2021, a war memorial in Bermondsey and Rotherhithe was set on fire with no clear motivation.

The Criminal Law Policy Unit’s outline cites historical data showing that, on average, 12 memorials a year were vandalized between 2007 and 2017. However, according to Capildeo, whose calculations are based on the number of memorials currently in the Imperial War Museum’s Register, this only accounts for about .012 percent of the U.K.’s memorials.

“While protecting our nation’s memorials and statues remains important,” he said, “there is a valid question as to how many memorials are really being targeted.”

This new provision in the law may go some way in appeasing the lobbyists behind efforts like the Desecration of War Memorials Bill, which called for harsher sentencing. It was presented in the House of Commons in 2020 and was backed by 125 conservative MPs.

An impact assessment for the broader Police, Crime, Sentencing, and Courts Act 2022 was released containing an assessment of the net costs and benefits of harsher penalties. It stated that “no additional prison capacity needs to be built because the expected prison caseload increases are less than one place per annum.”

This suggests that the government is not currently intending to send significantly more offenders to prison for the crime of damaging memorials.

“One of the things that’s most disappointing about the new legislation is that it seems to ignore a clear opportunity for public engagement,” Capildeo added. “How we view our statues and monuments is an important part of a larger conversation that we, like many other nations, are having about our identity in the 21st century. This dialogue is crucial to protecting our public statues and memorials and is actually one of the best ways of preserving them because it keeps them relevant.”

“Our expectation is that every use of these powers will carry with it the taint of the government’s culture wars—a desire by police to satisfy the scrutiny of the government and the media,” said the Netpol spokesperson. “That’s why this new provision is so unnecessary—and so potentially dangerous.”