Home News A Sculptor’s Lawsuit Against Jeff Koons Over the Originality of the Mega-Artist’s... 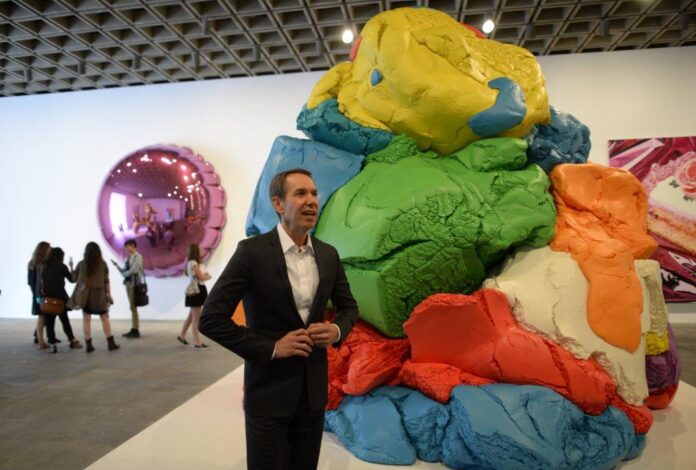 Artist Jeff Koons is in the legal crosshairs again for alleged copyright infringement after a U.S. federal judge struck down his request to dismiss a case revolving around his infamous “Made in Heaven” series.

This latest lawsuit against the artist comes from Michael Hayden, who alleges in a claim first filed in December that Koons trampled on his copyright by incorporating into the series an “original sculptural work” depicting a giant serpent wrapped around a rock.

Hayden, a set and prop designer for films and live performances, says he made the sculpture in 1988 as an artwork on which Cicciolina, Koons’s former wife and the artist’s co-star in the pornographic “Made in Heaven” series, “could perform sexually explicit scenes, both live and on camera,” according to court papers.

Hayden says he sold the sculpture to Diva Futura, the company owned by Cicciolina and her manager. The original sale price was not disclosed in the court papers. 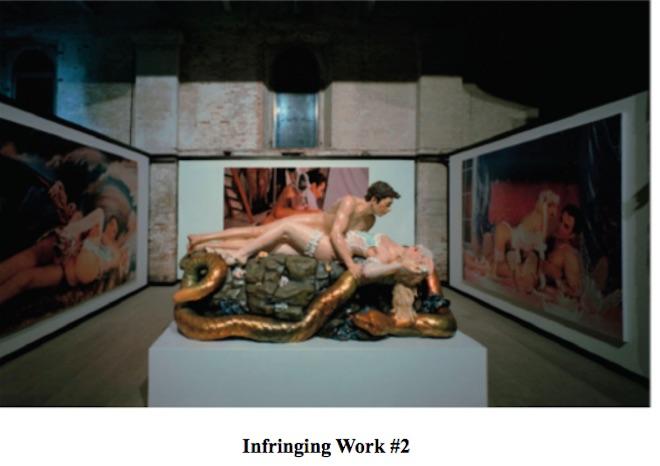 Works from the “Made in Heaven” series with the pedestal Michael Hayden built.

But Hayden says he retained all copyrights to the work and did not “assign authorship, copyright ownership, or sublicensing rights to Diva Future or anyone else,” and did not intend for anyone other than Cicciolina, her manager and Diva Futura, to use the work commercially.

“We look forward to presenting our arguments on the remaining fair use issues during the next round of briefing,” Jordan Fletcher, Hayden’s attorney, told Artnet News.

Pace Gallery, which represents Koons, did not respond to request for comment.

On several occasions in 1989, Koons traveled to Italy to be photographed in sexually explicit positions with Cicciolina. The images became the source materials for the sculptures, photographs, and paintings that comprise the “Made in Heaven” series.

Hayden’s lawyers identify three images from the group as “infringing works”: a 1989 lithograph initially commissioned by the Whitney Museum of American Art that was displayed as a billboard in downtown New York City; a polychromed wood sculpture featuring a three-dimensional replica of the original work; and an oil-on-canvas painting titled (1990).

The works were featured in museum and gallery exhibitions around the world and were sold to collectors, the complaint states, even though Koons neither credited Hayden for the image, paid a licensing fee, nor asked for image persmissions.

The works are further displayed on Koons’s website and identity him as the author and copyright owner “without attributing any portion of copyright ownership to” Hayden, according to his lawyers. 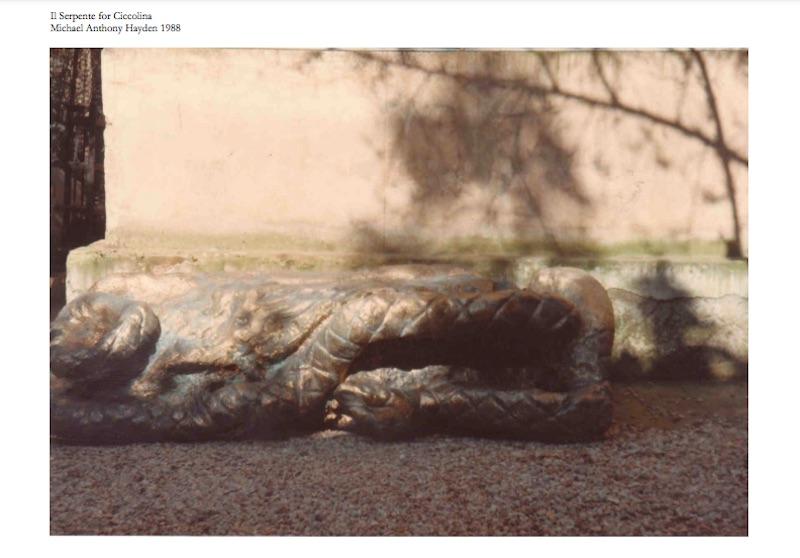 It’s difficult to imagine how Hayden went more than three decades without spotting either the high-profile series or his original artwork, especially since, as the court papers acknowledged, the works were shown worldwide and caused a sensation when first displayed at Koons’ then gallery, Sonnabend.

But according to the lawsuit, Hayden “discovered the infringement in April 2019, when he came across an Italian news article that displayed an image” of one of the works.

In an opinion dated July 18, district judge Lorna Schofield wrote that Hayden’s complaint “sufficiently alleges a valid claim of copyright.” With respect to the claim of fair use that Koons argued, the judge wrote that he “bears the ultimate burden of proving that the factors balance in its favor.” 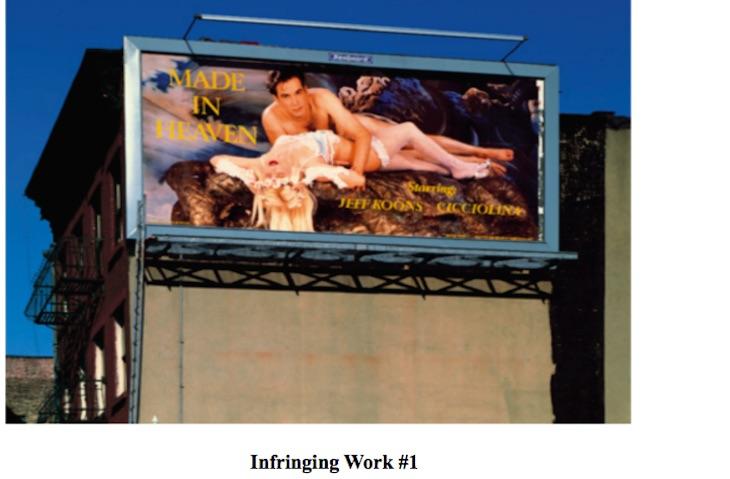 A work from the “Made in Heaven” series with the pedestal Michael Hayden built.

The judge did, however, consent to Koons’s motion for a ruling that would limit the damages to the three-year period prior to the lawsuit, which would minimize the monetary value of Hayden’s claims if he were to win the lawsuit.

Hayden’s complaint does not cite a specific amount for monetary damages sought, though it does cite a figure of up to $25,000 for each count of copyright infringement.