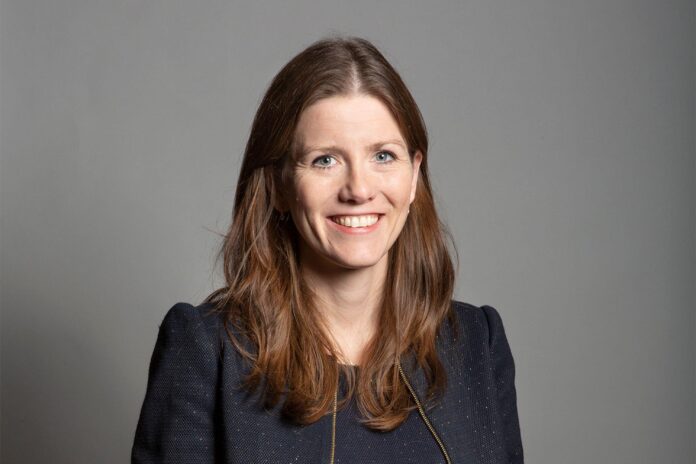 Michelle Donelan has been appointed as the UK’s next Secretary of State for Digital, Culture, Media and Sport after incoming prime minister Liz Truss named her cabinet yesterday evening.

Donelan, 38, worked as Minister of State for Higher and Further Education from February 2020 to July of this year. On 5 July, she was promoted by former prime minister Boris Johnson to education secretary, but resigned 36 hours later in the days before Johnson agreed to step down as prime minister.

Lucy Powell MP, the shadow culture secretary, said on Twitter: “Congratulations to Michelle Donelan. It’s a big job with lots in the in-tray—from online safety to [the future of broadcasting], connectivity to sport governance. I’ve previously worked with Michelle and found her to be reasonable, informed and friendly. Let’s hope that is her approach [to the role of culture secretary].”

Donelan, the MP for Chippenham since 2015, has some experience in the culture and sports sector. Before politics, she worked in “international marketing and corporate responsibility” for World Wrestling Entertainment in the US from 2010 to 2014. In the UK, her past employers include Marie Claire magazine and BSkyB’s History Channel, between 2007 and 2010.

Donelan grew up in Whitley, Cheshire. She says on her website that she was inspired to pursue a career in politics after watching a Margaret Thatcher speech on television. On her website, Donelan says: “I went to a state school and was the first in my family to attend university.”

While the minister for further education, Donelan froze the cost of tuition fees and overhauled interest rates on new student loans in order to ensure that students borrowing money to fund their courses would not repay more than they borrowed in real terms. Her reforms will begin in the academic year starting 2023.

Donelan was also outspoken about what she called “pockets of poor quality” in the university sector, saying in an interview with The New Statesman in May 2022: “We’ve got 25 universities where over half [of the students] are not actually completing their course and going on to a graduate job. That’s not good enough. That means those young people are taking a course that isn’t going to lead them where they thought it would. They’re almost being conned onto a course that doesn’t deliver.”

But cultural figures who hope for more decorum in tone and less culture war rhetoric—a trait associated with her predecessor, Nadine Dorries—may be disappointed. In April 2022, Donelan tweeted that, under a new bill she was introducing, “intolerant woke bullies have had their brief period in the sun” while announcing universities and student unions would face fines “for supporting cancel culture.”

Writing in Conservative Home, Donelan said: “Increasingly, university is a place where you are told what to think rather than taught how to think. This must change.” In a BBC Radio 4 interview in December 2021, Donelan said she was comfortable with Holocaust deniers voicing their views on university campuses. Donelan said “any free speech that is lawful,” should be allowed in universities, “as long as they don’t stray into hate crime.”

In June 2022, Donelan wrote to university vice-chancellors to oppose a proposed Race Equality Charter, a scheme run by the British charity and professional membership scheme Advance HE. Donelan said the charter could be in conflict with universities’ duty to uphold free speech, writing: “Academic freedom is a cornerstone of our system and it is academics, not university bureaucrats or quangos such as Advance HE, who should be determining the curriculum our students are being taught.”

“At best, these initiatives are a distraction. At worst, so-called ‘decolonisation’ is a dangerous initiative that undermines scholarship, divides our society and undermines the global standing of our university system.”

Top of Donelan’s in-tray will be the upcoming BBC licence fee review. The review was due to begin before the Commons summer recess on July 22 but was thrown into doubt after Johnson’s resignation as Tory leader. Donelan has previously voiced a firm stance on the issue, writing in her constituency newspaper Melksham Independent News in 2019: “I think the licence fee is an unfair tax and should be scrapped altogether.”

Her new appointment to the culture secretary role comes as the chief executive of the Producers Alliance for Cinema and Television (Pact), which represents the independent TV production sector, urged a reconsideration of the privatisation of Channel 4.

According to the Parliament-tracking website theyworkforyou.com, since becoming an MP in 2015, Donelan has voted on 10 occasions for more restrictive regulation of trade union activity and has voted against laws to promote equality and human rights. She also voted against financial incentives for low carbon emission electricity generation methods, as well as other measures to prevent climate change.

She will likely have to confront these issues sooner rather than later as culture secretary, with the Museums Association launching a new campaign requesting government support towards energy costs and signs that unionisation is beginning to spread throughout the culture sector as the cost of living crisis comes into full effect.