Home News ‘A Weird Mix of Warhol’s Studio and Bell Labs’: What to Expect... 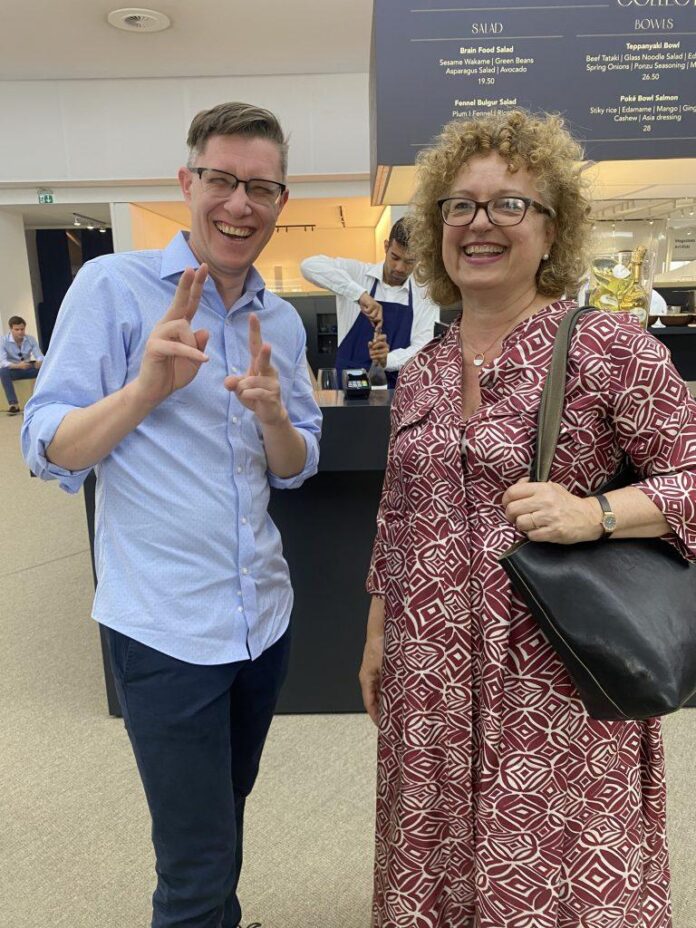 “Bear markets are for building.” That’s a phrase that gets thrown around a lot in the NFT world, particularly with the current crash in prices. One person who has taken the mantra to heart? Beeple.

The digital artist born Mike Winkelmann, most well-known for his moonshot sale of The First 5,000 Days at Christie’s in 2021 for $69.3 million, has unveiled plans for his own dedicated art space in a 50,000-square-foot warehouse in the suburbs of Charleston.

In a tweet thread announcing the development, Beeple wrote that the space will be an “outlet for not just my artwork, but the entire digital art/NFT community.” In the accompanying one-minute teaser video called “Beeple Studios Part 1,” viewers are walked through the space under construction.

“Coming together and experiencing digital artwork IRL is something that I think will help bring in the next wave of collectors,” he wrote on Twitter. “I believe by showing people that this artwork can absolutely be shared and appreciated in real life.” He added that he hopes the space will show how digital art is a “medium just like any other, with the ability to bring beauty, provoke thoughtful discussion, and truly move us.”

Speaking to Artnet News, Beeple added that the space will emphasize a more “experiential” approach to display. “It will be a very dynamic and quickly changing environment,” he said. “The space will be able to accompany both digital and traditional art. It will have plenty of screens, but also a white wall to exhibit paintings. I don’t really see the difference in displaying a painting versus a screen.”

Specifically, Beeple Studios will display several new original paintings based on his “Everydays” series, works that range in size from 12 inches to 12 feet.

Dialectic and Vine Ventures founder Ryan Zurrer, who purchased Beeple’s first large-scale sculpture, Human One, predicted that the new Charleston space will be akin to “a weird mix of Warhol’s studio and Bell Labs in their respective primes, composed of a wild combination of engineers and creatives, building next-gen art with space-age tooling. It will change the way we think about digital art.”

According to Beeple, the pace and programming of the space will also “will run quicker and function more like a decentralized entity, rather than a traditional museum or collective.” In fact, Beeple Studios aims to break the mold on a number of levels: “imagine some kid in India sending a file […] there’s a lot of room to improve the exhibition of digital art to make it more impactful to people around the world.”

What exactly this means in practice will have to wait for the official opening of the space. No timeframe has so far been given for the launch.

“I’m still figuring out a lot of the details about how and what we will eventually display,” wrote the artist. “Right now we are still in the first phase of development.”