Home News French Archaeologists Make ‘Unprecedented Discovery’ of What May Be the Remains of... 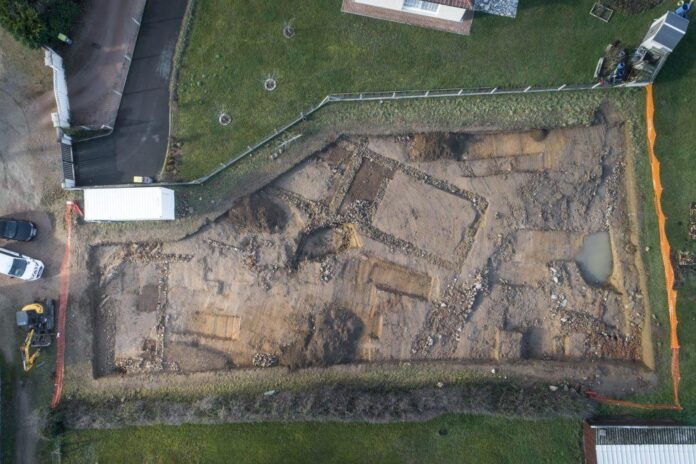 In what archaeologists are hailing “an unprecedented discovery” for the region, the remains of a set of Gallo-Roman buildings—including what might be a funerary monument—have been excavated in a residential district in Néris-les-Bains, a town in Auvergne, France.

Undertaken by a team from the French National Institute of Preventive Archaeological Research (INRAP), the dig located the remnants of a group of structures delimited by a road. They include two buildings with a partially legible plan, two others represented by walls with tiles bound in lime mortar, and a pipe network. The northwestern segment of the plot houses a large pit.

It was close to this pit that archaeologists uncovered a number of relics that have helped date the site to the Gallo-Roman period from the 1st to 5th century. 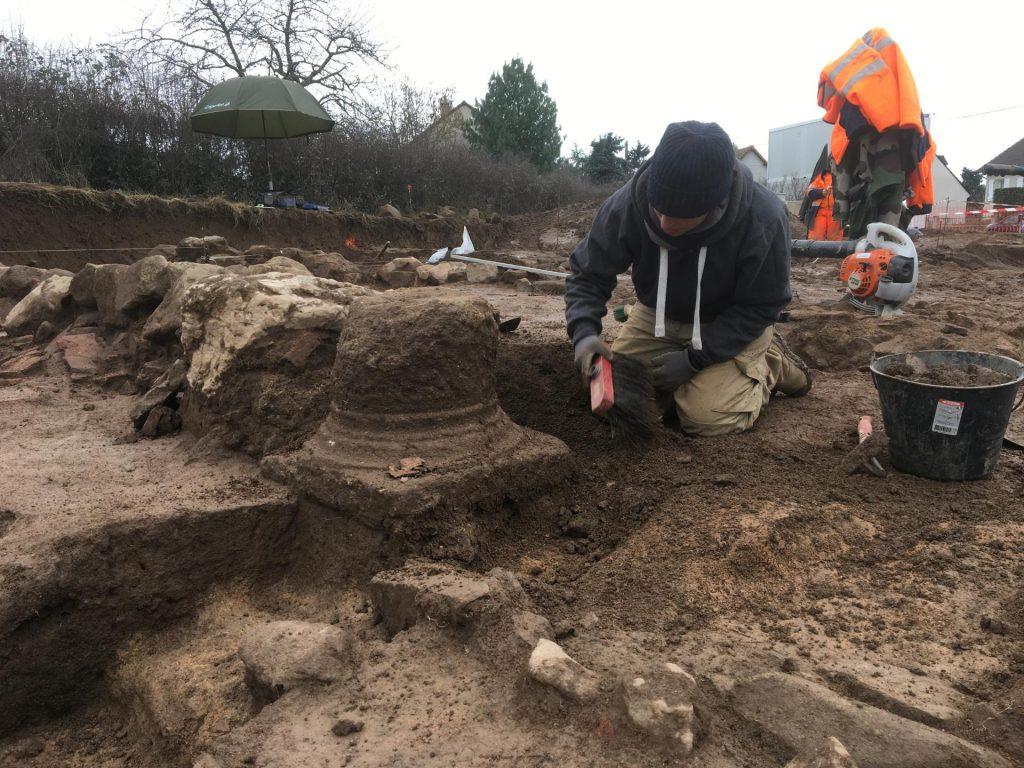 They include a fragment of a modillion, an elaborate cornice that would have decorated the top structure of buildings, and a pilaster, a rectangular column carved with interlocking leaves and topped by a figurine. A conical architectural element measuring some 55 inches in diameter was also found, its surface carved with scales and its back holding an anathyrosis frame, indicating it was meant to be joined to a similar piece as part of a circular spire.

More notable is the discovery of 21 sandstone blocks—“a big surprise,” Marie-Laure Thierry, head of the operation at INRAP, told . Once cleaned with water and a sponge, archaeologists found they were adorned with bas-reliefs that “have an unprecedented character for Néris-les-Bains, even for Auvergne,” added Thierry.

The most “representative” relief, according to the team, is a frieze fragment, measuring about 27 by seven inches, which portrays Triton, Greek god of the sea, with his arms spread, hair long, and tentacles ending in palm leaves. He is flanked on his right by a horse (or more probably, a seahorse), with only its two front legs visible. 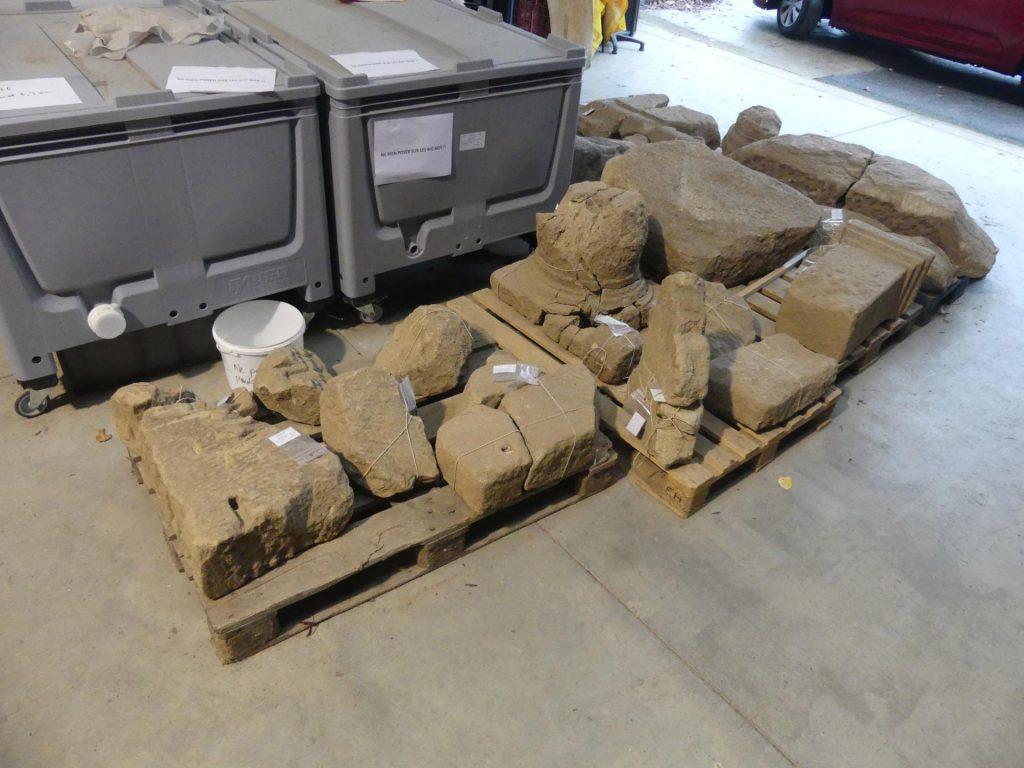 The sandstone blocks showing bas-reliefs of a possible mausoleum at the archaeological center of Clermont-Ferrand. Photo: © Marie-Laure Thierry, INRAP.

The combination of the frieze, the conical spire (with scales recalling the sea god), and the ornate cornice have led researchers to associate the finds with mausoleums that were constructed in the 1st and 2nd centuries. The motif depicting a figure from Greek and Roman mythology, in particular, symbolizes the journey of blessed individuals into the afterlife. “It was certainly not the tomb of ordinary mortals,” said Thierry of the monument.

Other comparable funerary structures have been identified in Auvergne, from Aulnat to Mont-Dore, where similar artifacts representing Triton were found and attributed to the 1st and 2nd centuries.

The INRAP team plans to carry out detailed studies of the architectural blocks to support its early hypothesis and further illuminate the history of Néris-les-Bains. The town, best known for its thermal baths (its name derives from Nérios, Gallic god of the spring), was colonized by Rome in the early centuries—a period borne out by the number of Roman and Gallic ruins and relics, including an amphitheater, that have been excavated in the area since the 19th century.

According to INRAP, the recent discovery of the settlement and its artifacts could well open “a new window on the occupation of this peripheral and little-known sector of the ancient agglomeration of Néris-les-Bains.”

‘Bonsai Is One of the Few Art Forms That Is Really About Time’: Longwood Gardens Curator Kevin Bielicki on How a Gift of 150...