Home Exhibitions The strangest art exhibitions coming up in 2021

In this article, we talk about unusual art and wonderful shows that are being anesthetized in 2021. Many exhibitions are subject to Covid-19 restrictions – please check the relevant museum website before visiting.

Patricia Piccinini: the Instruments of Life

The creepy, half-human, half-animal creatures that Australian artist Patricia Piccinini creates in realistic detail proved to be a huge hit with the Brazilian public five years ago when her exhibition in Rio de Janeiro topped the list of the most popular.

In her latest exhibition, recently opened in Tallinn, the artist has brought together works created over the past two decades, from the ape-like Big Mother (2005) to the humanoid turtle with a futuristic shell called Cleaner (2019). Each piece of unusual art, each hyperrealistic sculpture takes about a year to make and is crafted from silicone and fiberglass along with real human hair.

The artist hopes her otherworldly beings will help us wonder where we are headed in the worlds of genetic modification and biotechnology, which are rapidly approaching the realm of science fiction. In her statement, the artist says she hopes that the exhibition will bring many great discussions and experiences.

Ever wondered what a still life smells like? Or did the beautiful pastoral landscape really smell like dung? The Mauritshuis in The Hague will bring 17th-century Dutch paintings to life with fragrances (which will obviously be “coronavirus-proof”) at their exhibition “Transience: Fragrances in Color.”

These will range from the phenomenal smell of Amsterdam canals in works such as Jan van der Heyden’s Audezijds Vorburgwal View from Aude Kerk in Amsterdam (circa 1670), to the scent of powdery flowers and overripe fruit in Abraham Mignon’s work Still life with flowers and fruits (1670).

In the 17th century, new exotic scents came to Europe from all over the world. Trade routes became more developed and diverse. Spices such as pepper, cloves, cinnamon, and nutmeg were imported from Asia and the Middle East, while tobacco grew in popularity as it came from America.

Works such as Willem van Mieris’s The Grocery Store (1717) showcase the many products available and also invite viewers to pretend they are in a shop filled with fragrances. Unpleasant odors, such as those emanating from a dissected corpse in Dr. Willem van der Meer’s Anatomy Lesson (1617), written by Michiel and Peter van Mirevelt, were often masked with perfume-filled pomanders – examples of intricate treatment of silver will also be in the show.

In the meantime, in Germany, the Kunsthalle Bremen will also be exhibiting historical depictions of fragrances, including an 18th century print from a fish market teeming with a hungry sea lion by Richard Earlom, and Barbara Regina Dietzsch’s intricate floral still lifes along with an olfactory installation. contemporary Colombian artist Osvaldo Macia.

The exhibition “Smelling Through the Eyes: Images of a Renaissance Scent” (May 8 – August 15) is part of Smells! The fragrance of Art project with the participation of several Bremen museums.

Tables of Power: a History of Prestigious Meals

The spring exhibition “Tables of Power” in the Louvre-Lance will undoubtedly be a demonstration of unusual art and Bacchanalian pleasures. It will show how dining has been for 5,000 years and how it has often provided “an opportunity to demonstrate power, hierarchy and the art of protocol,” according to a press statement. The exhibition will feature nearly 400 items, from luxurious tableware and art to paintings and sculptures depicting lavish feasts.

The pies on display will include an ancient Egyptian lion-shaped rhyton, ancient Greek vases and craters depicting extravagant dishes, and a Renaissance ship-shaped food vessel made of a nautilus shell and gilded silver.

Banquet images will include a Mesopotamian limestone bas-relief depicting a meal with a musician playing the harp along with a goat and a cow (potential food); a 1905 photograph of King Edward VII at a banquet at the Elysee Palace; and a menu for President George W. Bush’s visit to Paris in 2008.

Much food for thought in this real celebration of performance.

The former power plant has been home to a nightclub since 2004, which Rolling Stone magazine called “the coolest techno club” and “sex club”. But last year, due to the pandemic, the building became the site of art exhibitions.

In his new piece of unusual art, commissioned by the non-profit organization Light Art Space, Stensen will revive swamps and extinct flora and fauna that once flourished 10,000 years ago in the wetlands where Berlin is now located.

Stinson’s meticulously crafted installations using mixed reality (MR) technology immerse visitors in detailed, game-like worlds. In his latest project, the artist works with an archive of extinct creatures at the Berlin Museum of Natural History and combines it with field recordings made in the wetlands south of the German capital.

Miss Clara was a majestic Indian beauty who arrived in Rotterdam in 1741 and toured Europe honored by kings, queens, and commoners – even a French naval ship was named after her. She also had thick skin, useful for those on display because she was a rhino.

A small exhibition of unusual art at the Birmingham Institute of Fine Arts Barbera will use a bronze sculpture of the Rhino Museum named Miss Clara (1738-58), attributed to Peter Anton Vershaffel, to see the rhinoceroses, elephants, and hippos that became famous in Europe since the 16th century. and the 18th century.

Such pieces of unusual art as a sculpture of the Obaisha hippopotamus, made from Nile mud shortly after the animal was sent to London in 1849 as a gift to Queen Victoria, and elephants, including Hansken, painted by Rembrandt, and Hanno, a gift from King Manuel I. Portugal for Pope Leo X will be on display.

We have collected five of the most unusual museums in the world. 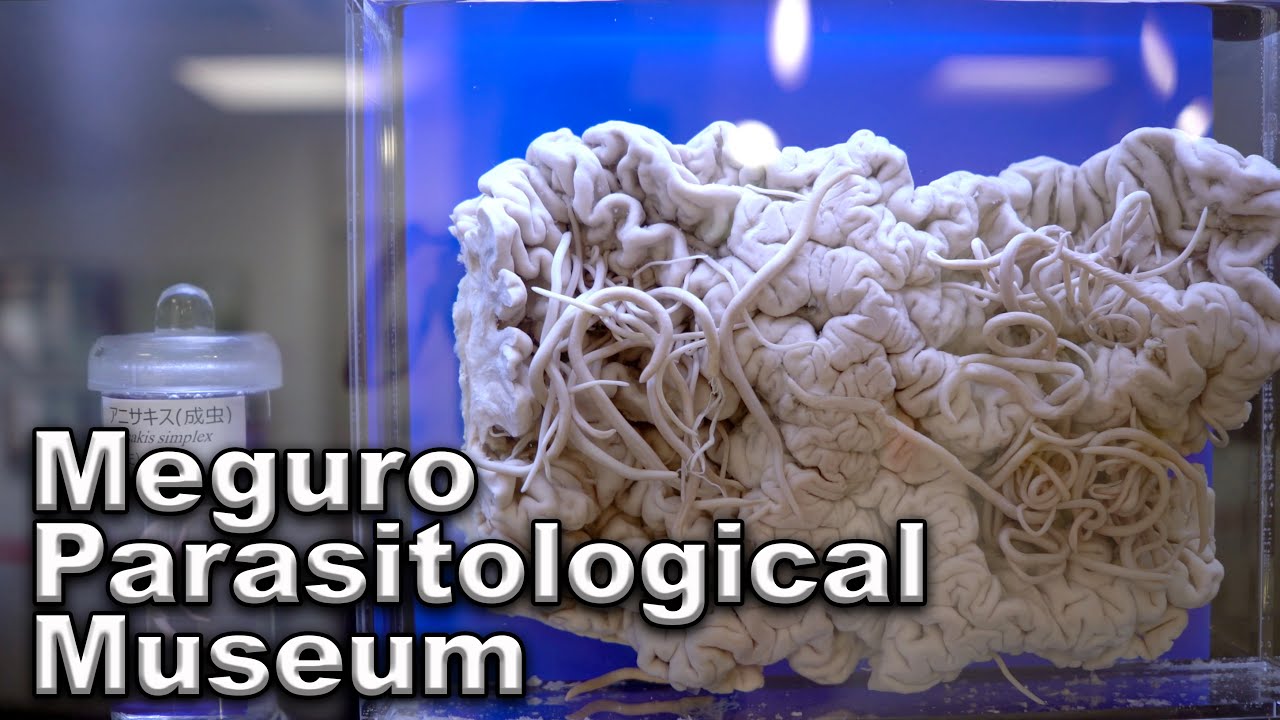 For those prone to disgust, you should probably avoid this Japanese museum, created by the passionate parasitologist Dr. Satoru Kamegai in 1953. There are over 60,000 copies here, as well as 50,000 books on parasitology. One particularly gruesome exhibit is the 8-meter tapeworm, which is conveniently placed next to a long white ribbon designed to highlight the creature’s terrifying length. 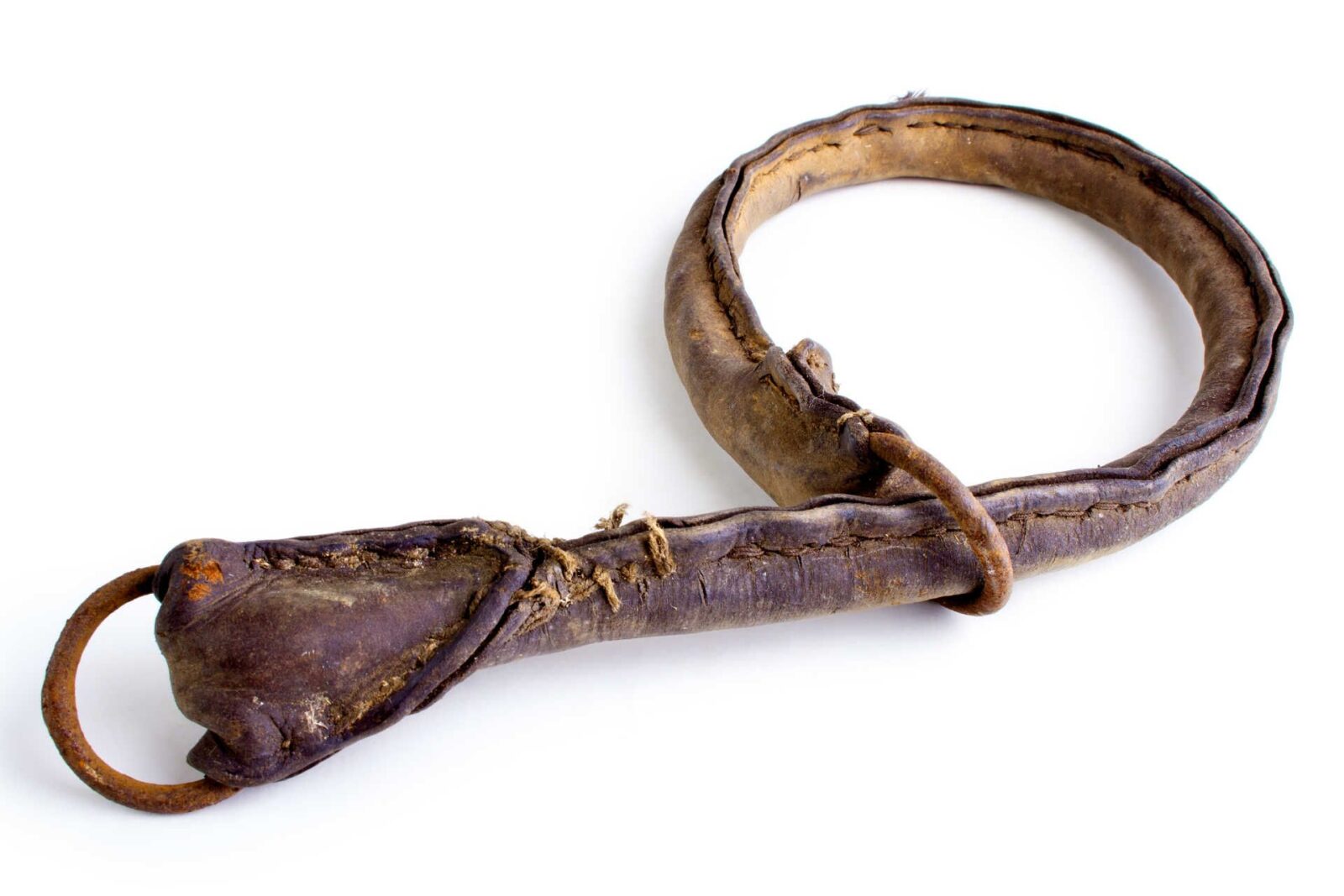 It’s easy for today’s dogs. A 15th-century collar worn by Spanish hunting dogs to protect their necks from bears is on display at this fascinating museum at Leeds Castle. Far more elegant are the richly decorated gilded designs of the Baroque period and the silver collars of the 19th century.

The museum was founded in 1977. Then, antique collector Gertrude Hunt donated her favorite collection of 60 collars to the castle. Since that time, the museum has continued to expand and now has over 130 exhibits dating from the sixteenth century. 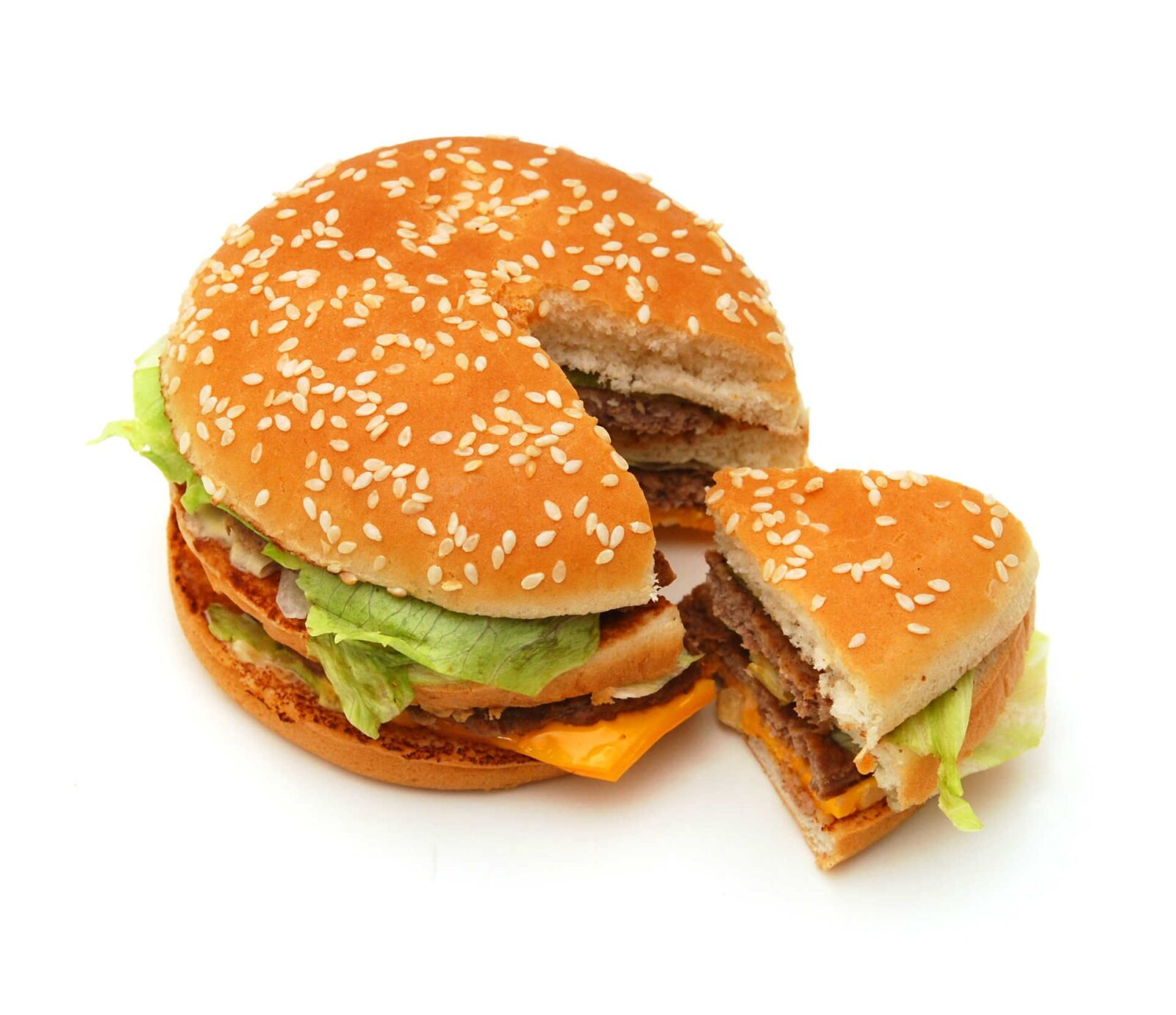 Have you ever wondered about the origins of your Big Mac? No, neither do we – but if you want to know where it all started, there is a museum just for you. The Big Mac Museum in Pennsylvania was founded by Jim Delligatti, a franchisee who opened the first McDonald’s restaurant in Western Pennsylvania.

He also created the Big Mac, an item that first went on sale at his restaurant in 1967 for only 45 cents. 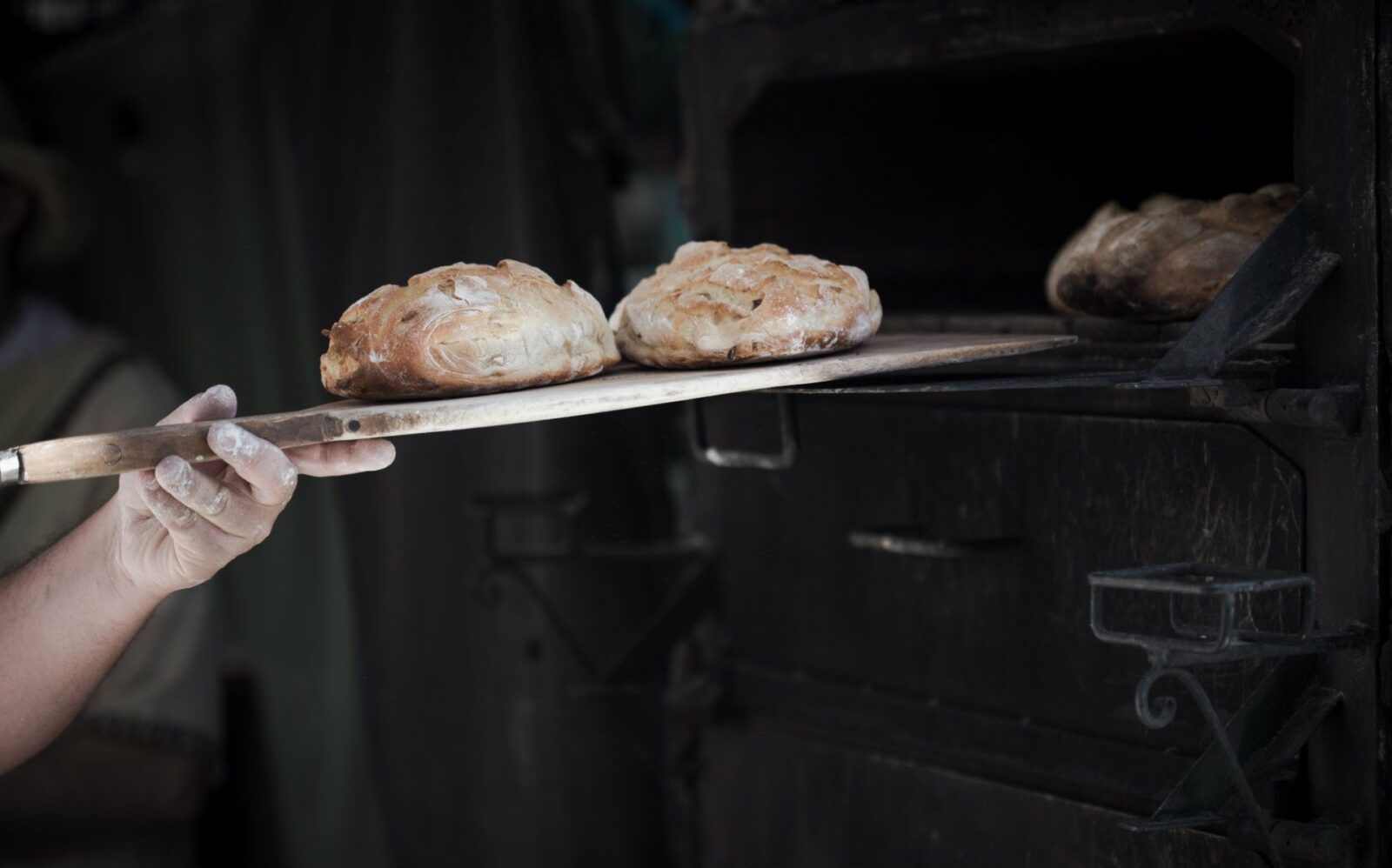 Whether it’s a warm pretzel or delicious dark rye bread, Germans love their dough-based products. This museum was founded by two entrepreneurs. They worked in the bakery industry before opening their first permanent exhibition in 1960.

It soon became a museum, now run by a charitable foundation. Visitors can explore fascinating displays of baking tools, marvel at the art of bread, and learn about the importance of bread for food security. We feel bloated just by thinking about it. 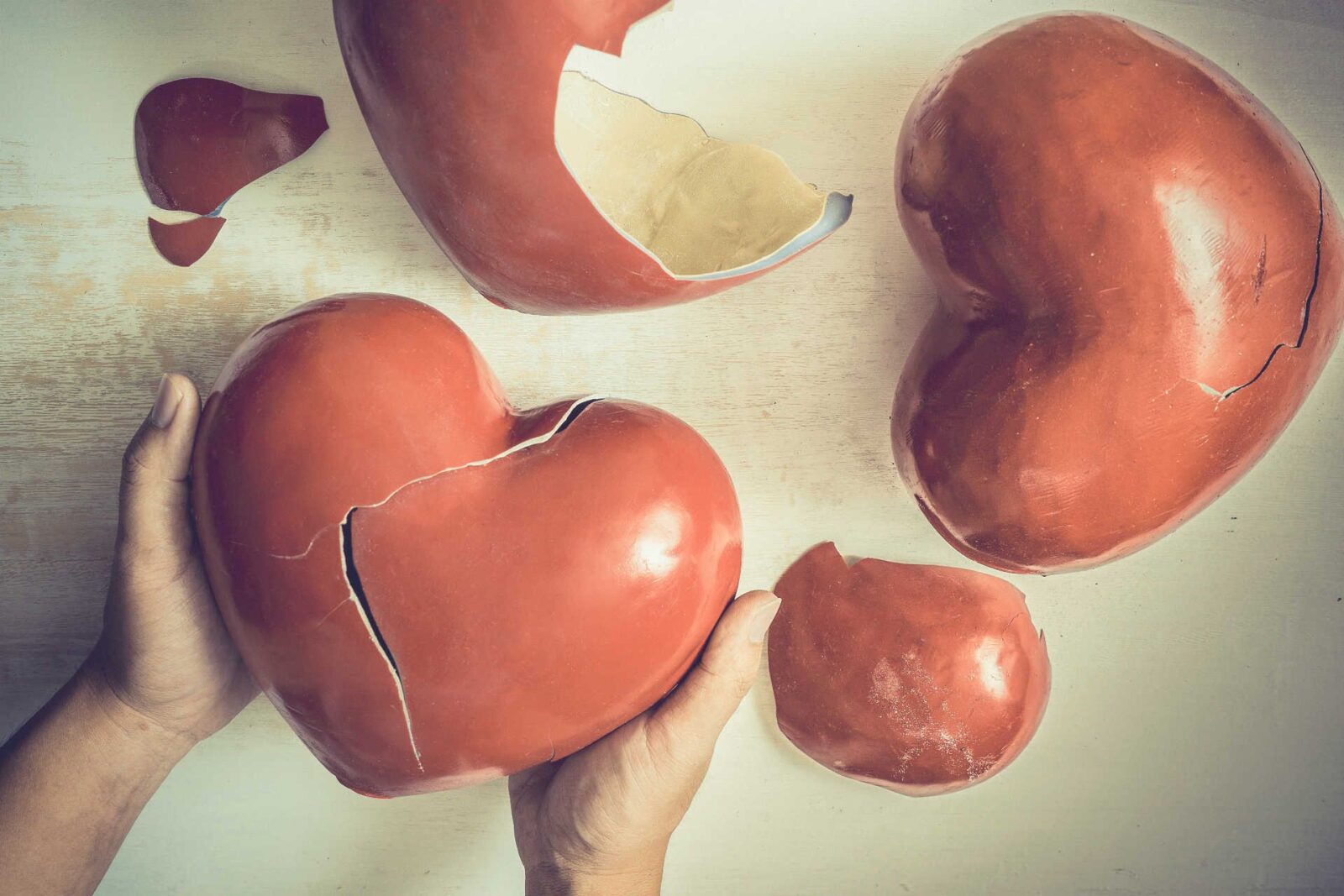 This one of the weird museums is really wonderful.

It was founded by two Zagreb artists who once met and, when they broke up, joked that they should create a museum in honor of their relationship. The handful of souvenirs have grown into a huge collection as rumors and donations from single people around the world spread.

Notable exhibits include a therapeutic tool (ax) used by a donor to smash the unfaithful partner’s furniture, and a pair of bright orange pants given to a man by his ex-girlfriend.