Home News An Ancient Structure in Israel Long Thought to Be a Synagogue Is... 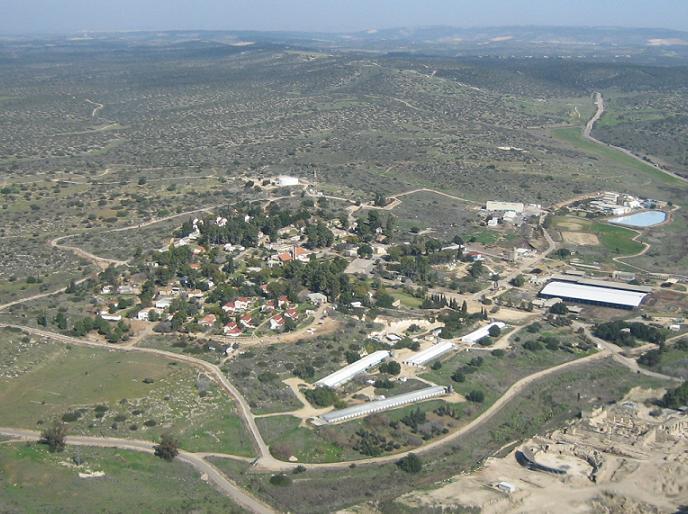 For decades, archeologists in Israel believed they had discovered an ancient synagogue on a road to Beit Guvrin National Park. But new research suggests the structure was actually a Roman temple.

This is the second such time a building excavated at the site was wrongly identified as a synagogue, as experts have worked to better understand the history of the region and the pagan populations that once called it home.

The edifice was discovered in 1991 in central Israel, according to . Though the exact location hasn’t been disclosed by the country’s Nature and Parks Authority for fear of vandalism, the structure isn’t hard to spot for those who know what they’re looking for: sections of its walls can be seen sticking out from the weed-covered ground.

The summer marked the latest in a series of excavations conducted at the site since 2015. The effort led experts to upend previous theories about the building, including one, postulated in a 1991 book by archaeologist Zvi Ilan, which argued that the structure bared similarities to monumental synagogues in northern Israel from the Late Roman and Byzantine periods.

The leaders of the recent dig now believe the building was erected by the Romans in defense of the Bar Kochba revolt of 132 C.E.

“It certainly doesn’t have clear religious iconography like a menorah, for example, that would be typical of a synagogue,” Gregg Gardner, a University of British Columbia researcher who joined the excavation in 2017, told Haaretz. “Neither the layout of the structure nor decorations indicate it might have been a synagogue. Instead, it has several characteristics of a non-Jewish ritual complex—it has a raised paved court leading to a hall at the far end that was elevated on top of a vaulted substructure.”

The building, which spans more than 4,000 square feet, more resembles Roman temples and sanctuaries in southern Syria, Gardner explained, though firm conclusions haven’t yet been made. “We are still waiting to find inscriptions or statues or other artifacts that can confirm our thesis, so it isn’t final yet,” the researcher added.

This year, archaeologists discovered a large staircase that once connected the temple’s raised courtyard to a series of vaulted underground rooms. “Whatever structure had been above these vaults, unfortunately, didn’t survive,” said Orit Peleg-Barkat from the Hebrew University of Jerusalem, who heads the dig.

However, the remnants of the construction offered further clues about the building’s origin. “Altogether the evidence indicates that the structure was built in the second or third century C.E.,” Peleg-Barkat added. “It seems that somewhere around the fourth or fifth century, it went out of use.”

Several years ago, the archeological team unearthed a Hellenistic-period dump near the temple—a find that yielded more pieces to the puzzle that is the region’s history. At the site they found pottery shards, the head of a zoomorphic figurine, and various objects that were likely imported from far-away villages.

A 2019 study published by Peleg-Barkat suggests that the area around the temple was heavily occupied by Jewish populations until the Bar Kochba revolt, when many of their villages were destroyed or abandoned. Later, the area was resettled by the Romans, who paved the road between Jerusalem and Beit Guvrin around 130 C.E.

The temple, according to Peleg-Barkat, likely doubled as a symbol of the Romans’ victory and a message warning the former Jewish occupants not to return.