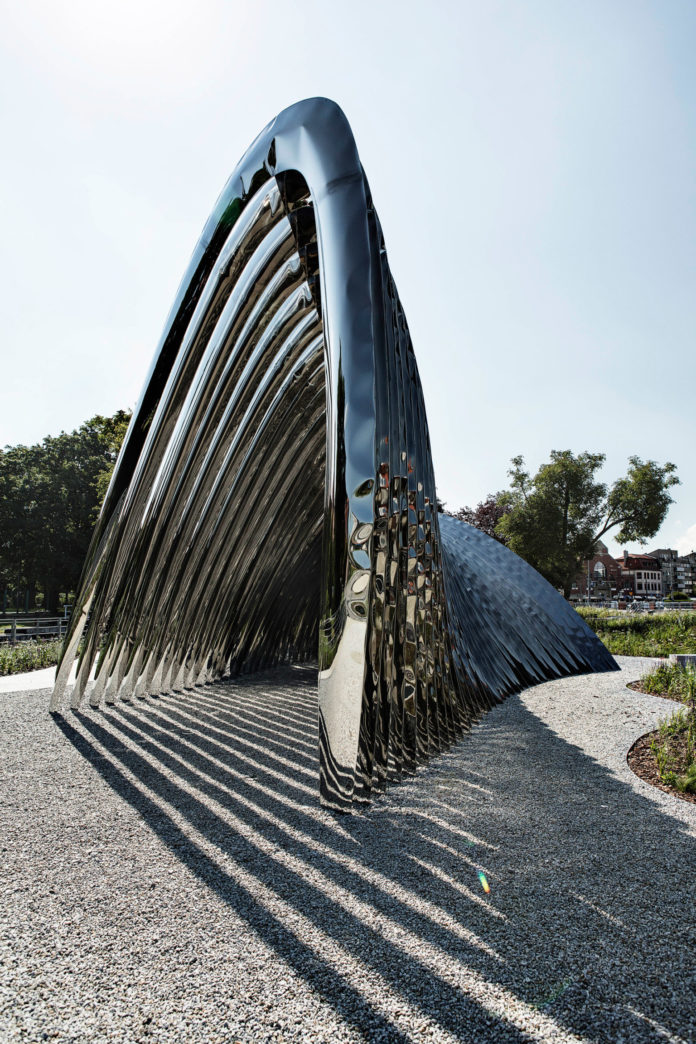 Last year Polish designer Oskar Zieta unveiled the NAWA pavilion, an inflated steel passageway intended to bring cultural activity back to Wrocław’s island of Daliowa. This structure’s reflective, bloated surface makes it look like a weightless mylar balloon despite the fact that is constructed from 35 polished metal arches. Using a technology which Zieta calls FiDU, he inflates the metal by pumping air into the cavity between the arches’ steel sheets which produces a form that is larger and more organically shaped.

Zieta first used this process for the Plopp stool for the design brand Hay in 2008, and has continued to develop his technique on more advanced projects. Durability tests on this particular piece proved that a stool weighing just under ten pounds could withhold a load of approximately 2.6 tons, equivalent to two adult elephants. He hopes to implement the FiDU technique into much larger architectural projects, which would provide structures with a greater durability, even in ultralight constructions.

The reflective NAWA sculpture will remain on the island as a permanent installation as a part of revitalization effort for the previously neglected area. “Today, many people cannot imagine this place without NAWA, which has become part of the surroundings and a point on the map of many tourists from the country and the whole world,” the artist explained. You can learn more about the history of the design, and view more images of the inflated gateway, on Zieta’s website. (via Dezeen) 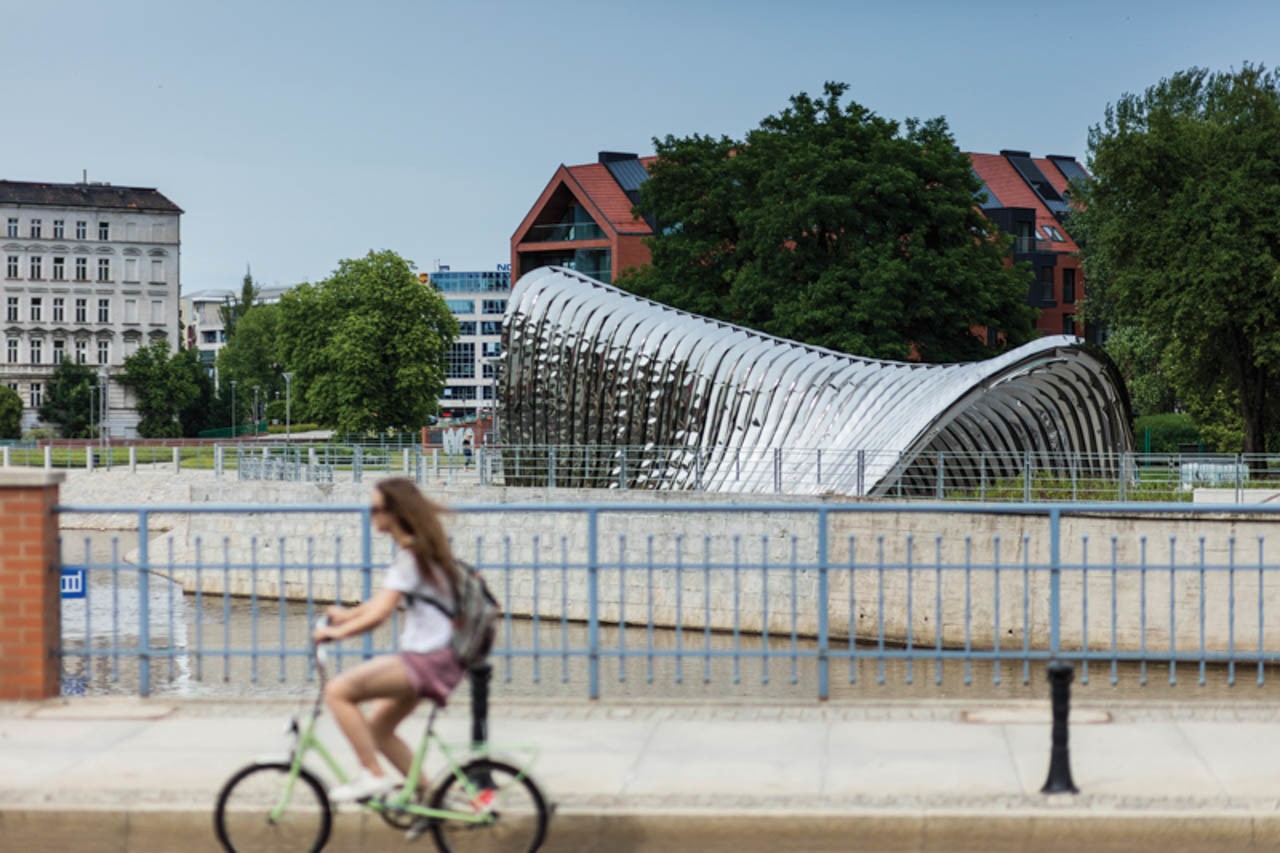 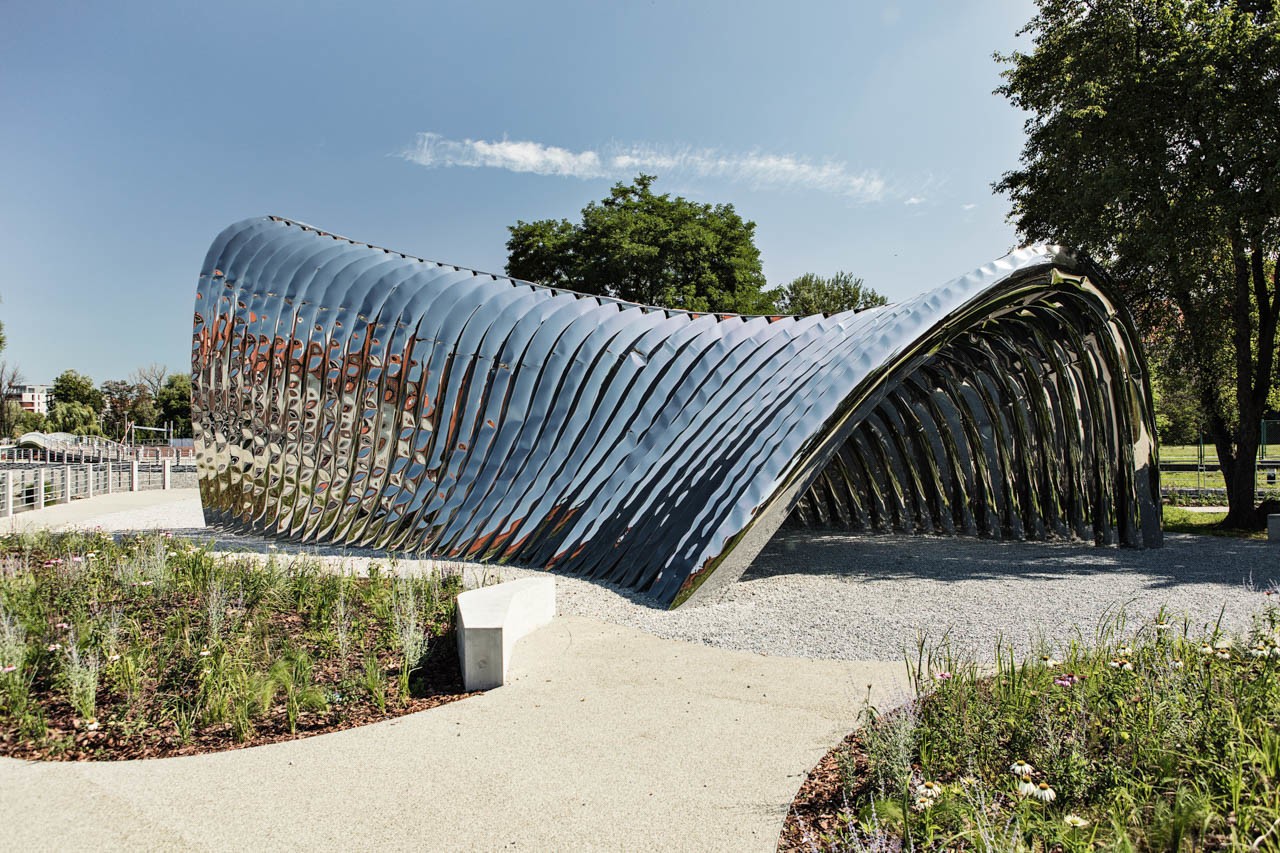 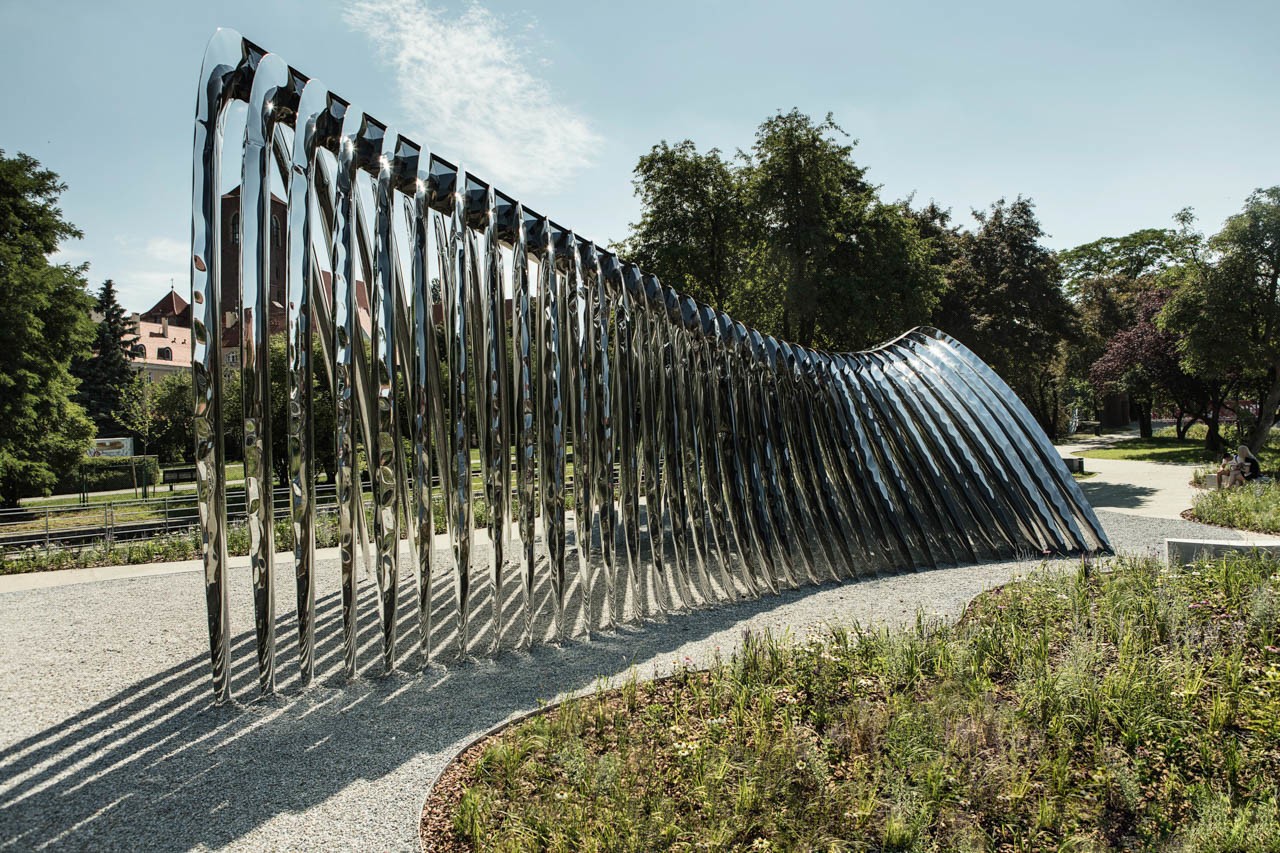 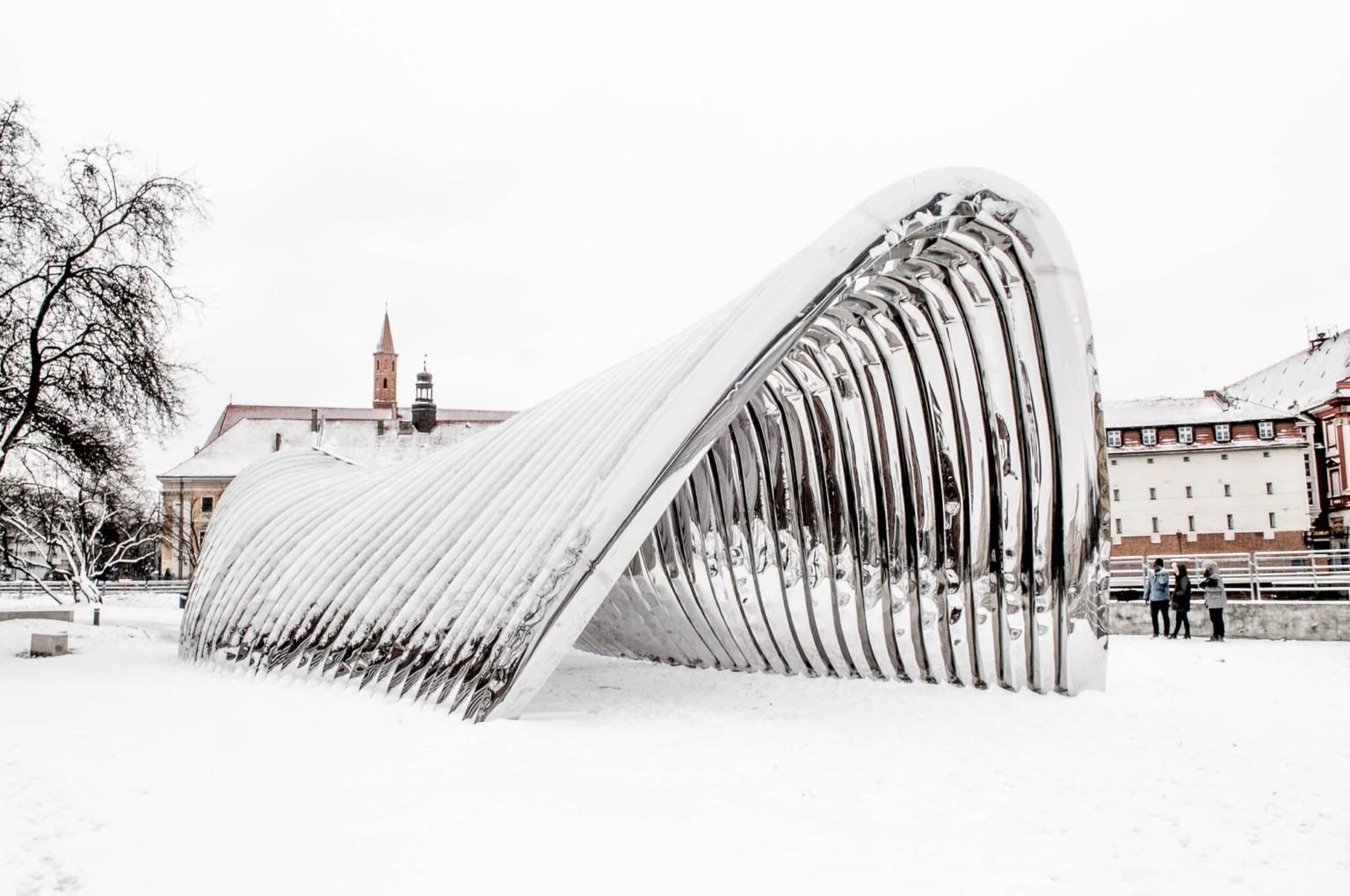