Home News Are You Sitting Down? A Ming Dynasty Chair Just Sold for $16... 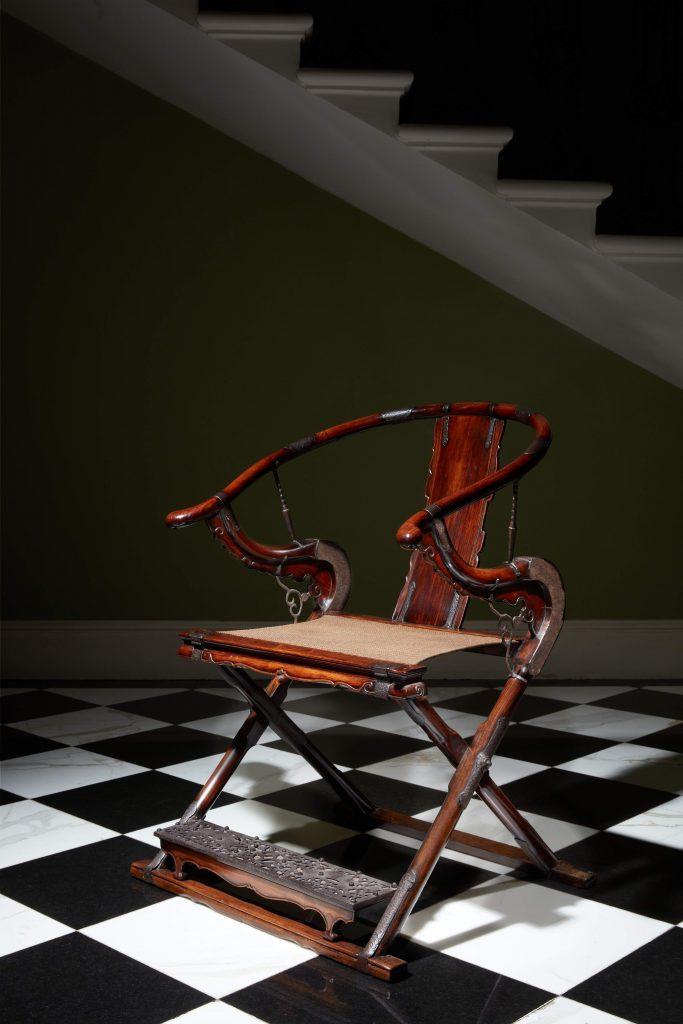 A centuries-old folding chair from China sold for a staggering $16 million at Sotheby’s Hong Kong this past weekend—more than 10 times the chair’s low pre-sale estimate of $1.2 million.

The piece, a huanghuali folding horseshoe-back armchair from the late Ming dynasty (1368-1644), drew more than 60 bids in 15 minutes during part one of the auction house’s sale of objects from the collection of the late Hong Kong businessman Joseph Hotung. Ultimately, the chair ended up in the hands of an unidentified private collector from Asia whose winning bid made it the third-highest price ever paid for a chair at auction.

“Watching the bids fly in for, and bringing down the gavel on, the exceptionally rare huanghuali folding horseshoe-back armchair, was a career highlight,” said Henry Howard-Sneyd, Sotheby’s chairman of Asian arts, in a statement. He called the sale “an astonishing, but well-deserved result.”

“If I wasn’t auctioneering, I may well have had to take a seat as the final price came in!” Howard-Sneyd went on.

Exceedingly rare due to their fragility, folding horse-back armchairs—or jiaoyi—are, today, among the most prized pieces of furniture from the Ming era. They were developed by Chinese carpenters in the 12th century and often reserved for visiting dignitaries and other VIPs. The example that hit the block in Hong Kong features a pivoting footrest, S-curved arm posts, “bamboo-and-vase” braces, and numerous iron embellishments.

#AuctionUpdate This weekend, a rare Huanghuali Folding Horseshoe-Back Armchair- offered from the collection of the late Sir Joseph Hotung- soared to $15.9 million. The price is not only a record for a Chinese chair, but is also the third highest sum paid for any chair at auction. pic.twitter.com/J8SNw0F5Gd

For nearly three decades the chair was owned by Arthur M. Sackler, a Purdue Pharma co-owner who amassed one of the world’s largest personal collections of Chinese art. After his death, in 1987, the chair was passed on to his ex-wife, Else Sackler, and then his daughter, Elizabeth A. Sackler, who sold it at Christie’s in 2001.

Hotung ultimately added the chair to his own prominent collection of Chinese art before his death in 2021.

Examples from Hotung’s collection were spread across 129 lots in both day and evening sales held on October 8 and 9, respectively. (The events jointly comprised the first installment of the two-part single-owner sale dedicated to Hotung. The second sale is set to take place on the evening of December 7.)

Together, the two sales last week boasted a sell-through rate of 95.3 percent  and achieved a total of $72 million, far exceeding Sotheby’s pre-sale high estimate of $34 million.

“Always with a mind on the provenance of the piece and a respect for its previous existence, [Hotung] took his position as a custodian of great art to be treasured and maintained for future generations of humanity very seriously,” Howard-Sneyd said.