Home News An interview with Yayoi Kusama: ‘I never run out of ideas’ 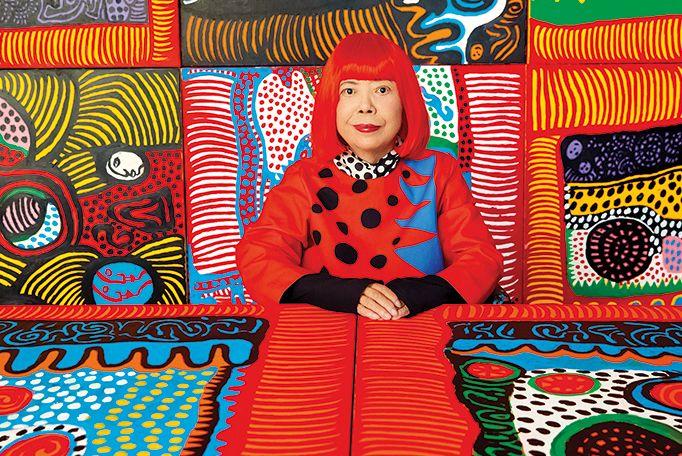 The Japanese artist Yayoi Kusama is the subject of a major retrospective at the M+ museum in Hong Kong (until 14 May 2023). To accompany the show, the museum and Thames & Hudson have published an extensive and lusciously illustrated catalogue. The artist, who is now in her 90s and voluntarily living in a psychiatric hospital, discusses her latest creative output, which seemingly continues unabated. “I paint every day,” she says. “I am going to continue creating a world in awe of life, embracing all the messages of love, peace and universe.”

The colourful catalogue spans the artist’s career from 1945 to 2022 and includes an illustrated chronology of Kusama’s life, essays about the artist, a roundtable discussion by curators of her major shows, and documentary photography chronicling her life and career. Her creative spirit seems stronger than ever. “I do not feel the difference between my earlier creation and now. I never run out of ideas so I shall continue to show new things,” she says.

Although several prominent artists appear in Kusama’s writing and pop up throughout her career—as illustrated in the book’s visual chronology—including Andy Warhol, Donald Judd and Joseph Cornell (with whom she had a relationship), Kusama claims that she is “not influenced by anyone”. She adds: “I’ve been absorbed in building myself for a long time. I believe that I was born an artist.”

This self-belief in, and obsession with, her signature polka dots—which she first saw in childhood hallucinations—is seen in an encounter with an unnamed successful French painter, which she writes about in 1975. He belittles her work and advises her to get out more and look to other artists. Her response is resolute: “I had been spellbound by the polka dots […] challenge me, whoever it is, Picasso, Matisse or anyone, and I’ll challenge you back with this one polka dot […] I intend to stake everything on polka dots and nets and revolt against history.”

This story comes from one of the more revealing sections of the book, which brings together Kusama’s own writing, including essays, manifestos, interviews, artist statements and poetry. The texts begin in the early 1950s and include an essay, Ivan the Fool, where Kusama describes herself as an “easily bored, moody and deeply suspicious” child.

Elsewhere, there is correspondence with Georgia O’Keeffe (the unknown 26-year-old asked the older artist for advice and sent her watercolours), a poem from 2007 about aging, and a public call for “a naked demonstration at Wall Street” in 1968 after the artist had moved to the US. Kusama organised several happenings and demonstrations in the 1960s while living in New York, protesting for gay rights and against the Vietnam War. Should artists try and change the world? “As an artist, I think it is important to share the love and peace and hope to deliver that to people who are suffering and do not have the opportunity to enjoy the joy of art,” she says, “and I shall do my best to create art to leave the message of ‘love forever’ to the young generations.”