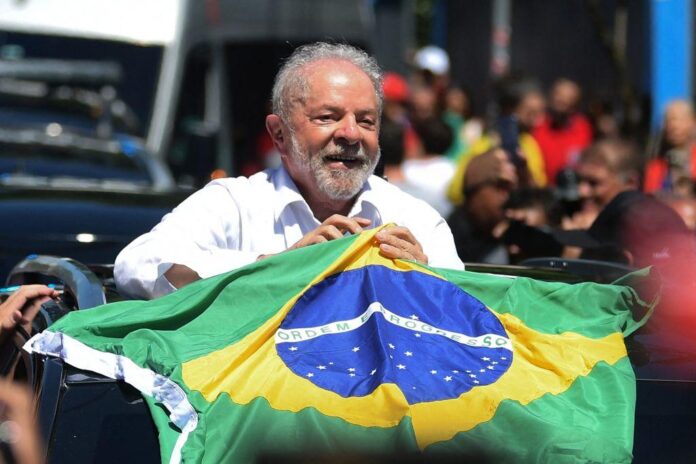 TikTok Is Deemed ‘Digital Fentanyl’ – The Chinese-owned short-video app that has been regarded as an important platform for many artists is “highly addictive and destructive,” like the painkiller fentanyl, and has a “corrosive impact” on young people in America, said Mike Gallagher, the incoming U.S. chair of a new House select committee on China. The app has been accused of circulating misinformation, such as the recent spread of the “fake Rome” theory, and has raised security concerns over whether it sends data to Beijing. The House of Representatives has already banned the app from all its devices. ()

U.S. Returns Ancient Sarcophagus Looted From Egypt – The U.S. has returned to Egypt an ancient sarcophagus long displayed at the Houston Museum of Natural History after it was found to be looted several years ago. The sarcophagus, which may contain the remains of the Egyptian priest Ankhenmaat, was taken from the Abu Sir Necropolis near Cairo, before being smuggled through Germany and into the U.S., in 2008. (

Brazil’s New Leftist President Restores Cultural Investment – The return of Luiz Inácio Lula da Silva, who was sworn in as Brazil’s president for a third term on January 1, has brought hope to the local arts and culture community. Lula has pledged to revive the culture ministry that was slashed by the previous far-right president, Jair Bolsonaro, and has already appointed Bahian singer Margareth Menezes as the new culture minister, who will be working with a team to revive cultural policy and funding. ()

British Museum Aims at ‘Net Zero Carbon’ Despite Oil Funding – The London institution’s chair, George Osbourne, pledged to make the museum “an example of climate solution” with the Rosetta Project, a plan to address the multiple energy and structural inefficiencies in the building. Yet the museum continues to receive funding from British Petroleum. ()

Ethereum Transactions Outstripped Bitcoin in 2022 Despite NFT Winter – Total transactions of the cryptocurrency that is quintessential for the NFT market were 338 percent more than Bitcoin over the past year. ()

Japanese Architect Arata Isozaki Has Died at 91 – The architect famous for his unique blending of Western and Japanese styles died on December 28 at his Okinawa home, according to Misa Shin gallery in Tokyo, which has just concluded a solo show of the architect’s designs. Among his famous designs include the Art Tower Mito in Japan and the Museum of Contemporary Art in Los Angeles. ()

Richard Dadd Painting Returns to London Psychiatric Hospital – , which was executed by the Victorian artist while he was at Bethlem Royal Hospital in south London, will be returning to where it was painted for the first time in 170 years as part of a mental health-themed show at the hospital’s Bethlem Museum of the Mind. Dadd was sent to the hospital after stabbing his father, and he remained there until his death in 1886. ()

American Artist Dorothy Iannone Has Died at 89 – The Boston-born artist who created a body of work centering around female sexuality, as well as themes of love, romance, eroticism, and spirituality, died on December 26. ()

Comic Artist Enki Bilal Among the Few Culture Figures Receiving Top French Honor – The Yugoslavian-born French comic artist has been promoted the Chevalier of the Legion of Honor announced this month. A total of 18 figures from the art and culture sector were honored in this year’s Order of the Legion of Honor under the recommendation of the culture ministry, a dramatically low representation among the 340 awardees. (/)