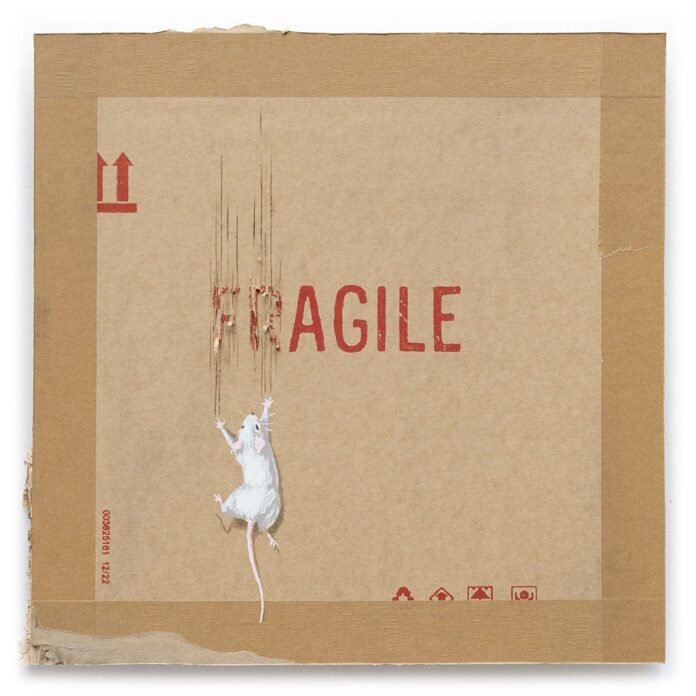 When Banksy announced he was offering a set of editioned screenprints to help “our friends in Ukraine”, there was an inevitable mad dash to register for the sought after work showing a bemused mouse falling down the side of a box. But not everything has gone to plan with the sale in aid of the Legacy of War Foundation, which will donate all proceeds to those affected by the war in Ukraine.

Devotees of the elusive UK street artist had to register online for the prints which cost £5,000 each (edition of 50). But there’s been a problem with rogue registrations. “We are currently sifting through the registered entries and will notify successful applicants shortly. Thank you for your support.The site received over one million requests (and 3,500 hostile attacks from Russian IP addresses), so we would appreciate your patience at this time,” says a statement on the charity website.

Banksy explains in a statement why he’s giving the charity a helping hand: “In Ukraine, I saw a Legacy of War team sweep in and provide medical attention, heaters, fresh water and a friendly face to some very desperate people in a bombed-out building. They also lent me one of their ambulances to work from, which turned out to be extremely useful when an angry babushka found me painting on her building and called the police.” According to ITV News, the funds raised will be used to purchase new ambulances and support vehicles.

In November, Banksy confirmed to The Art Newspaper that he has created seven murals in various locations in Ukraine, including the capital Kyiv, the suburb of Irpin and the town of Borodyanka—among the places hardest hit by Russian bombardments.