Home News An Ordinary Pocket Watch Worn by a Postal Worker on the Titanic... 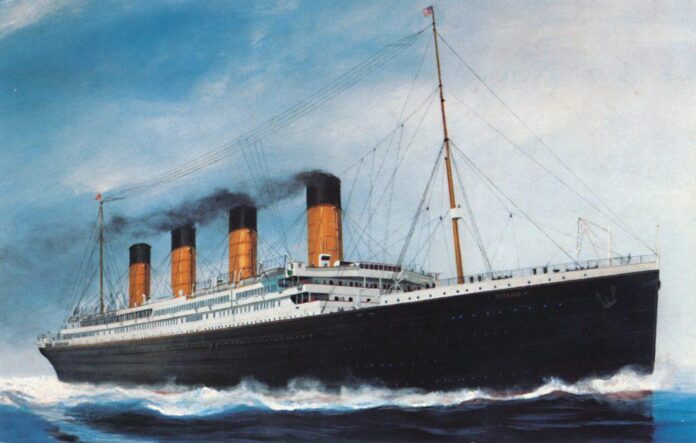 More than 110 years after the RMS Titanic sank, relics from its fallen passengers, quarters, and ranks continue resurfacing at auction. The U.K.-based auction house Henry Aldridge & Sons, for instance, just closed a 266-lot sale of Titanic, White Star, and other transport memorabilia.

Their sale’s star offering, an Ingersoll pocket watch with a yellow metal chain and tattered black-ribbon fob, sold for about $116,000 to a private buyer. “In its time it would have been a reasonable quality, inexpensive timepiece,” auction house director Andrew Aldridge told Artnet News.

This humble example belonged to a postman from Roxboro, NC, named Oscar Scott Woody—one of five postal clerks charged with sorting the Titanic’s 3,364 mailbags accrued in Southampton, Cherbourg, and Queenstown before their arrival in New York. The Postal Museum points out that ‘RMS’ before the Titanic’s name means the ship was in fact originally commissioned to transport transatlantic mail.

Woody had worked fifteen years at the Railway Mail Service (RMS) before joining the Sea Post Service’s elite clerks, known to sort 60,000 letters per day to keep up with a steamer’s timetables. 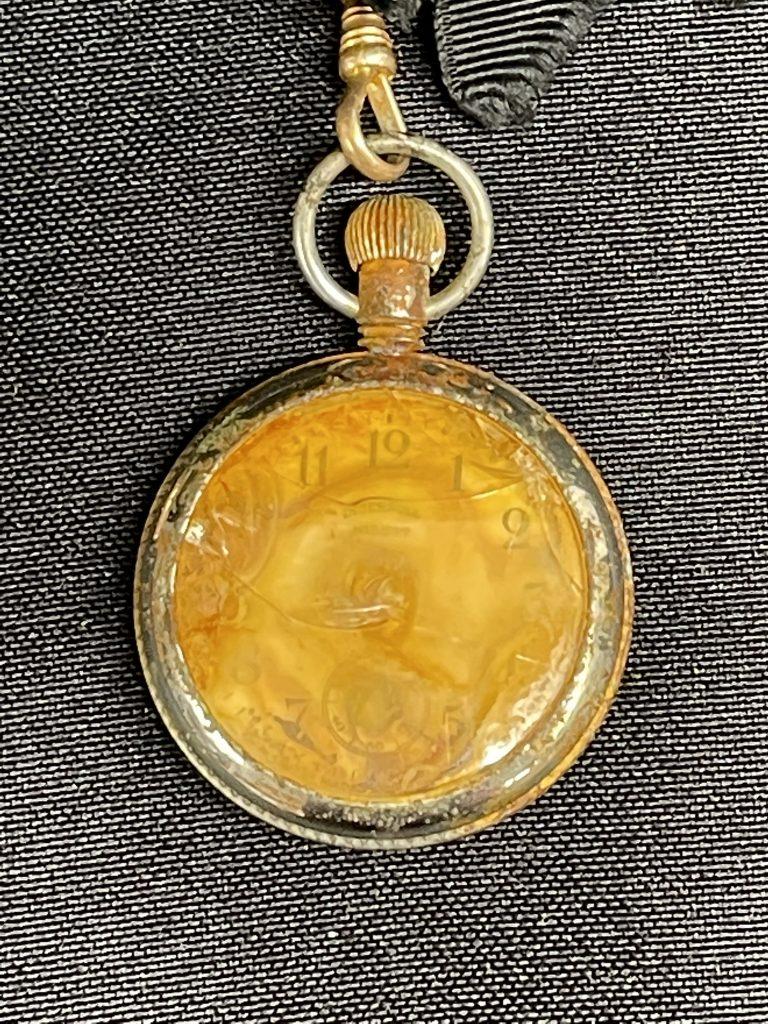 The day the Titanic sank—April 14, 1912—was actually Woody’s 44th birthday. He was celebrating with coworkers in their private on-board dining quarters (which they had to lobby for) when the boat struck that infamous iceberg. Given the primacy of mail among the Titanic’s duties, their squad jumped into action, immediately hauling mailbags from the flooding mailroom.

Devotion to the craft likely precluded any of the Titanic’s postal workers from escape. None survived. Woody’s watch stopped the moment he slipped into the water. Although both the minute and hour hands broke off in its aquatic descent, an imprint from its minute hand sits between the numerals four and five, tracking with accounts that the Titanic ultimately sank at 2:21 a.m.

The CS-Mackay Bennet, a cable-laying and repair ship now better known for recovering much of the Titanic’s wreckage, pulled Woody’s body—and his watch—from the water on April 24, 1912. Woody was buried that day at sea, and his personal effects were returned to his wife.

According to the lot’s details, this timepiece has appeared at the Smithsonian Postal Museum, the Ronald Reagan Presidential Library, and the Titanic Museum Attraction USA. “It ended up with us as we are the world’s leaders in the sale of Titanic memorabilia,” Aldridge told Artnet.

“Every man, woman and child had a story to share,” Aldridge continued. “The memorabilia we auction tells those stories.”