Home News Anarchy in the UK (well, at Sotheby’s)—Sex Pistols art to go under... 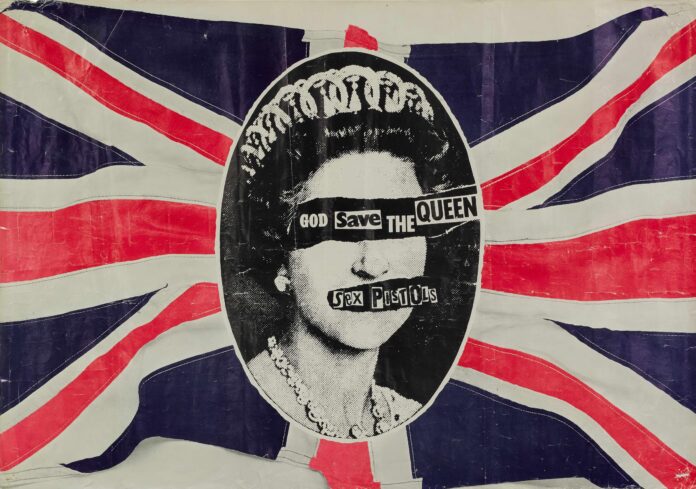 Sotheby’s London (of all places) is going all punk rock with a sale of posters, manuscript lyrics, rare documents and ephemera, chronicling the rise and fall of the ultimate punk provocateurs, the Sex Pistols, who strode on the 1970s music scene in a blaze of bad language and outrageous gestures. “We’re not into music, we’re into chaos,” said Johnny Rotten, the group’s frontman.

Sotheby’s is selling the Stolper-Wilson collection assembled in the 1990s by the contemporary art dealer Paul Stolper and Andrew Wilson, the former senior curator of Modern British Art at Tate. Stolper describes how the Sex Pistols manager Malcolm McLaren reacted when he first saw the punky ephemera. “It was in 1996 that we first decided to exhibit some of the collection, at the Eagle Gallery in London where we presented the works in classic white spray-painted frames, as if for a modernist art show. McLaren himself was stunned into silence when he walked through the door and summed up The Sex Pistols musical and visual identity thus, “It was always an art thing, it always was’.” Wilson adds in a statement: “We wanted to investigate, unlock and understand the artistic strategies and the direct, yet resistant iconography produced by the collective endeavour around the Sex Pistols.”

Highlights include the original censorious poster owned by Sid Vicious for their controversial second single God Save the Queen, designed by Jamie Reid, which was released in 1977 to coincide with the Silver Jubilee (est £4,000-£6,000). Another poster owned by Vicious from the group’s first and only studio album, Never Mind the Bollocks Here’s the Sex Pistols, is another countercultural treasure (est £5,000-£7,000). The auction takes place 10-21 October in London (dye your hair pink, get shouty and go bid).

Surrealist Art Is Everywhere Right Now. The Prices Are Pretty Surreal, Too