Home News Ancient Indigenous ‘Stonehenge’ of Ohio to be nominated for Unesco status after... 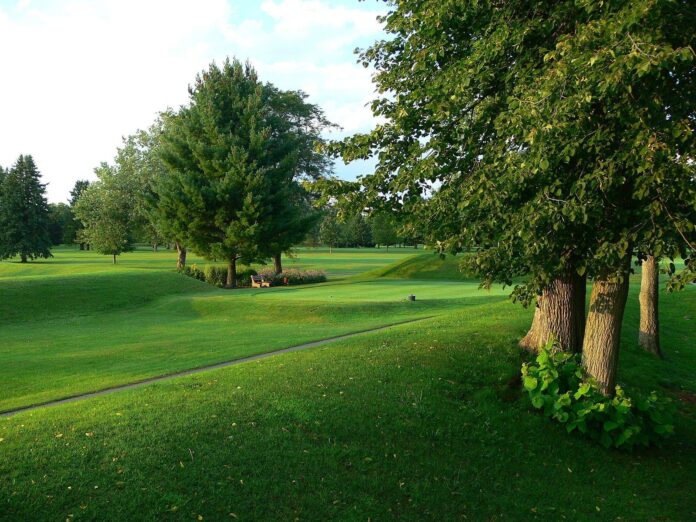 A golf course in the state of Ohio that encircles ancient Native American earthworks—a site that has been likened in archaeological importance to Stonehenge and Machu Picchu—must surrender its lease, according to a court decision that aims to bolster efforts to nominate the monument for Unesco World Heritage Site status.

The Octagon Earthworks in Newark, Ohio, are one of eight complexes known as the Hopewell Ceremonial Earthworks, comprising earthen mound enclosures built by the extinct Hopewell culture around 2,000 years ago. The Octagon Earthworks are believed to have served as a lunar observatory and are the largest surviving earthwork of the culture.

The area was used as a militia encampment before it was leased in 1910 to an organisation called the Mound Builders Country Club, which developed an 18-hole golf course on the property and has maintained the mounds since.

Some have argued that a golf club was an inappropriate use of the site, which was added to the US National Register of Historic Places in 1964.

The court ruling mandates that the organisation, whose lease was set to expire in 2078, must accept a payment from the state’s historical history and vacate the area, making the site available to the public as is required for Unesco status.

A non-profit organisation called the Ohio History Connection, which works to preserve cultural heritage in the state and submitted the site and two others for Unesco status in March this year, offered to buy the property for $800,000 in 2018. It changed its offer to $1.7m upon a corrected appraisal.

The payout will be decided by a lower court, but the golf club is requesting $12m, arguing that it has not been offered compensation to relocate its business and that ending the lease is not necessary to make the site publicly available.