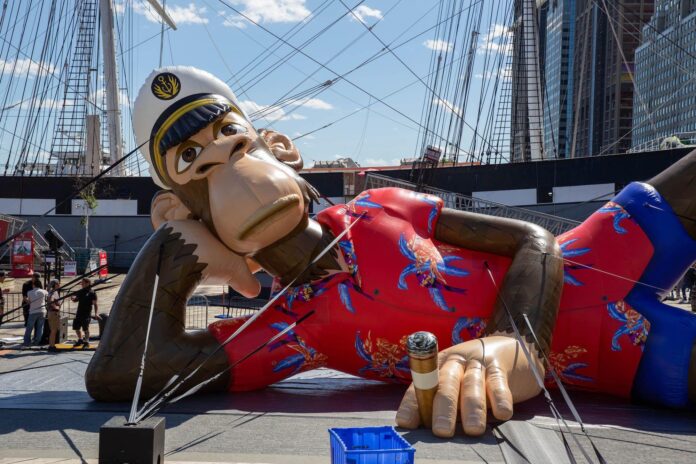 According to the plaintiffs, Yuga Labs executives conspired alongside Moonpay and Hollywood talent manager Guy Oseary, who represents Bored Apes, to garner illegal celebrity endorsements, artificially inflating the value of BAYC NFTs and inspiring investors to board a sinking ship.

“Defendants’ promotional campaign was wildly successful, generating billions of dollars in sales and re-sales,” official court documents state. “The manufactured celebrity endorsements and misleading promotions … were able to artificially increase the interest in and price of the BAYC NFTs…, causing investors to purchase these losing investments at drastically inflated prices.”

The Scott + Scott team has amassed a trove of evidence. In November of 2021, for instance, Moonpay posted a clip of Post Malone’s music video for the song One Right Now, in which the artist is seen buying a BAYC NFT via the MoonPay app. The post was captioned “this just happened”, implying coincidence, despite the fact that the artist was transferred the equivalent of $1.4m in Ether one month prior. On 11 November 2021, Jimmy Fallon promoted Moonpay and the BAYC collection by mentioning he bought his first NFT through the crypto firm, not disclosing his financial stake in the company. The suit alleges that Justin Beiber received a BAYC NFT worth $1.3m in exchange for an Instagram post indicating that it was purchased with his own funds.

This lawsuit comes on the heels of a sector-wide bear market in the NFT and cryptocurrency industries, precipitated by the FTX bankruptcy, a multi-billion dollar sales slump and steadily declining numbers of unique NFT wallets. While BAYC NFTs remain one of the most profitable and recognisable crypto assets, trading volume is still down by almost 50% from its peak in January of 2022 and 90% from its launch. In a statement to the Hollywood Reporter, a Yuga Labs spokesperson called the claims “opportunistic and parasitic”.

A similarly starry NFT lawsuit was dismissed last week by a federal judge. Kim Kardashian, Larry David, Tom Brady and others had been accused of misleading their social media followers to buy EthereumMax tokens, inflating the NFTs’ value before selling their stakes. Judge Michael Fitzgerald agreed that the suit raised “legitimate concerns”, but ultimately found that investors needed to accept personal responsibility for “basing their bets on the zeitgeist of the moment”.