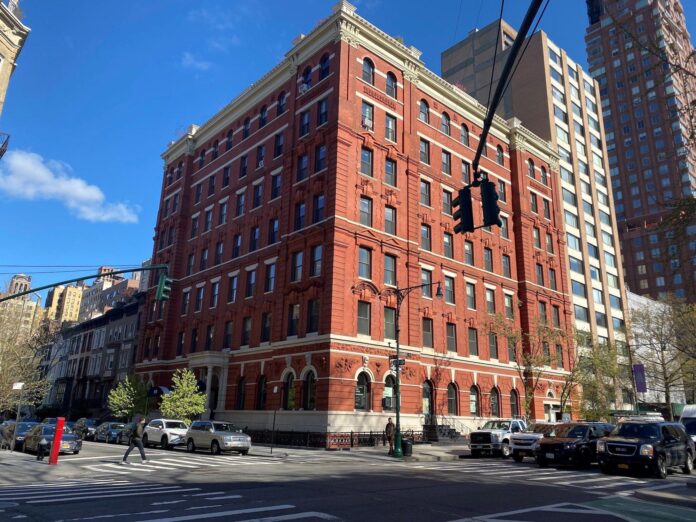 Aperture, the non-profit photography foundation that publishes a wide range of photo books and the eponymous quarterly magazine, hosts and organises exhibitions, will be moving into a new space on Manhattan’s Upper West Side.

Today (15 September), the organisation’s board of trustees announced the acquisition of a 10,000 sq. ft space in the elegant brick building at 380 Columbus Avenue—across the street from the American Museum of Natural History (AMNH)—a permanent home that was designed with help from the architecture studio Levenbetts and will feature space for public programming and installations, a bookstore, as well as office and production space for Aperture’s publishing efforts.

“We’re designing our new space very intentionally to facilitate what we do best: deepen public engagement with photography and support artists and their practices. The new location is a key element of this, in the heart of the Upper West Side near major cultural institutions and a vibrant residential community, where one finds a mix of locals and tourists from across the country and around the world. Street-level space and visibility are an important part of welcoming the widest possible audience,” says Sarah Meister, Aperture’s executive director. “Our new home will foster meaningful public engagement with photography, from our programming space where we’ll host talks, book signings and other convenings, surrounded by intimate installations of art that we love, to our bookstore where we’ll feature our printed publications.”

The move comes after Aperture has spent nearly two decades operating and exhibiting out of a fourth-floor space in Chelsea. It also coincides with the 70th anniversary of the organisation’s 1952 founding by a group of revered photographers that included Dorothea Lange and Ansel Adams.

“It gives us the opportunity to reimagine our physical space in a way that enhances everything we do, strengthening and reinforcing Aperture’s role as an anchor for the photography community,” Meister says. “For 70 years, Aperture has connected people to and through photography with its quarterly magazine, books, exhibitions and print program, so having a ground floor space with such an expansive street presence enables us to continue bringing those resources to an even wider audience.”

The organisation is aiming to have the new space open to the public by summer 2024. In addition to its proximity to the AMNH, its future headquarters put it near other Upper West Side institutions including the New-York Historical Society, the Children’s Museum of Manhattan and the Bard Graduate Center Gallery.