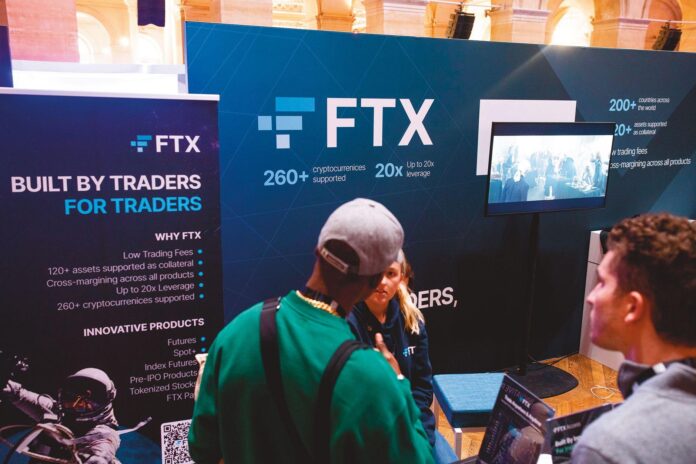 Mystery still surrounds the identity of the organisations and causes that will benefit from Christie’s record-breaking $1.6bn (with fees) auction in November of the Paul G. Allen collection.

According to presale press releases, “all of the estate’s proceeds” from the two-part auction of 150 masterworks acquired by the co-founder of Microsoft were to be “dedicated to philanthropy, pursuant to Mr Allen’s wishes”. But Christie’s has yet to identify any specific beneficiaries. On 6 December, the auction house told The Art Newspaper the estate was “not ready to share details” on Allen’s philanthropic plan “but looks forward to sharing at the appropriate time”.

In November, The Art Newspaper highlighted how an increasing number of ultra-wealthy Americans view philanthropy-dedicated auctions as a more effective way of offsetting estate taxes than donating artworks to museums.

The estate of Paul Allen, who died in 2018, is managed by his sister Jody Allen. She is also chair of Vulcan LLC, the Seattle-based holding company that she and her brother founded in 1986. Vulcan’s team provides “asset and project management support” to the Paul G. Allen Estate and Trust and advises the Paul G. Allen Family Foundation on its charitable works, which include “investing in wildlife conservation, ocean health, vibrant communities, and the arts”.

The family’s foundation did not respond to a request asking if the proceeds of the Christie’s sale had been used to fund the foundation’s own philanthropic activities or if other charities have benefited. At any rate, the estate and its managers (as well as Christie’s) have been highly effective in maximising the sales revenue from Allen’s stellar art collection, including via a network of guarantors who also appear to have backed the sale without knowing more about its beneficiaries.

The auction is a case study that might impress the growing number of proponents of the Effective Altruism (EA) movement. Formulated by William MacAskill and other thinkers at Oxford University, EA seeks to use the rigorousness of data-driven thinking, rather than the approximations of emotion, to make the most of humans’ philanthropic impulses. Art and culture don’t really feature in EA’s utilitarian mix.

“Get good at something that lets you effectively contribute to neglected global problems,” urges The Effective Altruism Handbook. “Find a path with more leverage,” it adds, explaining how the more resources you have, “(e.g. money…)”, the better able you are to “mobilise toward the solution”.

There had been high hopes in the EA community that the wunderkind crypto entrepreneur Sam Bankman-Fried, founder of the FTX exchange, would become one of the movement’s great mobilisers. Bankman-Fried had promised, in time, to give away most of his $20bn-plus fortune for the betterment of the world. But in November the FTX cryptocurrency exchange filed for bankruptcy, leaving an estimated one million customers and investors with billions of dollars of losses. It turns out that Bankman-Fried, who had often said that a desire to help others fired his appetite for financial risk, also had a penchant for the billionaire high life, ensconced in a $40m penthouse in the Bahamas and making use of a Gulfstream G450 private jet. Last month he was arrested in the Bahamas at the request of US government prosecutors and then subsequently extradited.

Bankman-Fried’s specific plans for “doing good better” appear, in reality, to have been vague. Prior to the FTX crash, when still in his crypto pomp, Bankman-Fried was asked by The New Yorker magazine what “neartermist” philanthropic project he might have in mind. Was he interested in eradicating a tropical disease, for instance? “Yeah, well, I think it should come from, like, people who think that that’s what’s important for them and, yeah, elsewhere—from the perspective, I guess of, like, not me or something,” he replied.

The EA movement is having to learn that, by and large, when ultra-wealthy people want to give money away, they, like Paul Allen and his heirs, want to be the people controlling the effectiveness of that process.

The Amazon founder Jeff Bezos told CNN in November that he plans to donate most of his $124bn to charity during his own lifetime. But for him, philanthropy isn’t easy. “The hard part is figuring out how to do it in a levered way,” Bezos says. “We are building the capacity to be able to give away this money. There are a bunch of ways that I think you could do ineffective things, too.”

On the same day, Bezos’s ex-wife, MacKenzie Scott, who has a $28.9bn net worth, released her latest biannual report of her own charitable donations. It transparently itemised $2bn of so-called “unrestricted giving” and named 348 benefiting organisations.

Scott is bucking a trend—and today’s tech-enriched billionaires, whether in Seattle or Silicon Valley (or the Bahamas), could do with taking a leaf out of her book. Auction houses who market sales as charitable should also strive for greater transparency when it comes to the causes they claim to support.

The British artist and educator Michael Craig-Martin was among nine high-profile artists to donate works to Sotheby’s in aid of Amnesty International in December, raising nearly €1m for the charity.

Given the “threat to human rights everywhere”, Craig-Martin describes Amnesty’s work as “never more important than now”. He points to the “cruel and immoral war being waged by Putin’s Russia seeking to destroy the rights of the people of Ukraine” as well as how civil liberties are being eroded in Britain. As he puts it: “Here at home, the present UK government is seeking to scrap the 1998 Human Rights Act.”

In addition, Sotheby’s gave a percentage of its buyer’s premium to the cause, though a spokeswoman declined to give a specific figure. The auction house has supported Amnesty International since the summer of 2020.

Asked about Amnesty’s current priorities, Sylvie Brigot, the charity’s managing director in France, cites “a resurgent Taliban regime in
Afghanistan and its suppression of women and girls [and] atrocities against civilians in the Ethiopian province of Tigray”, among other causes.

Craig-Martin says he is regularly asked to donate works to help raise money for charities, though he notes, “it is not possible to help all”. He adds: “One needs to choose. Some choices are easier than others.”

Hauser & Wirth’s first online auction last month raised $4.6m (double the gallery’s projected goal) for UNHCR, the UN Refugee Agency, which says there are more than 100 million displaced people worldwide. All proceeds are going directly to the charity. Among the top lots were Avery Singer’s Happening (2022), which made $1.4m, and Rashid Johnson’s Bruise Painting (Pure Love) (2021), right, which sold for $1.2m. Marc Payot, the president of Hauser & Wirth, says the auction’s success is “testament to the commitment our artists and collectors have to the cause”. The gallery’s charitable giving has been recently formalised under the platform Art for Better. Expect more auctions of this kind in the future.