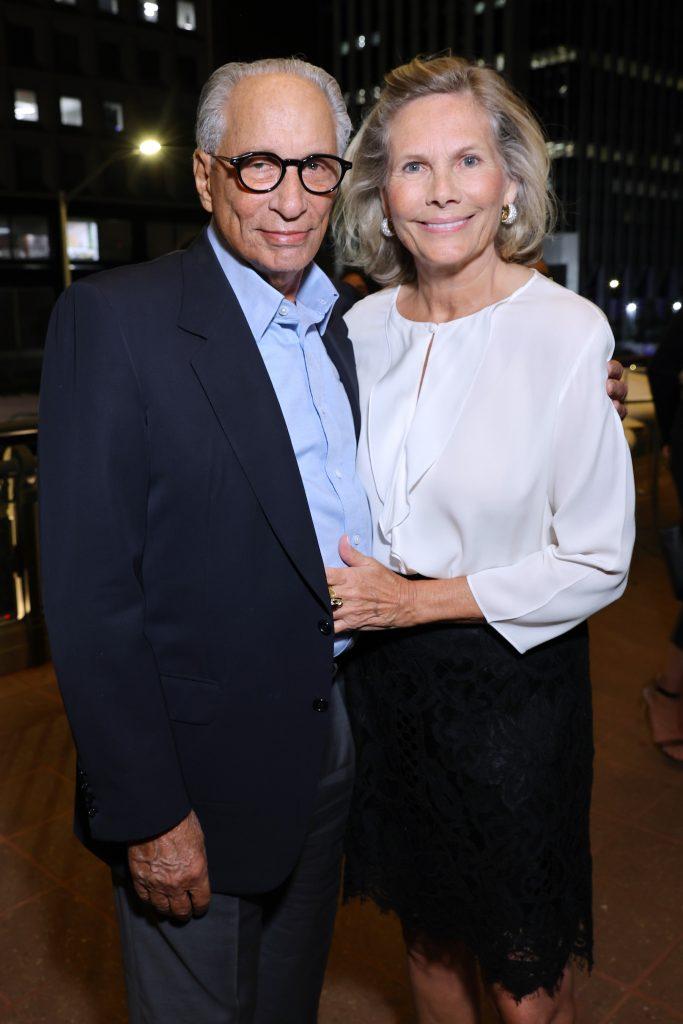 Artist Creates Surreal Stamp to Honor Ukrainian Victory – Ukrainian painter Yuriy Shapoval was tapped by Ukraine’s postal service to create a new stamp, in an edition of 7 million, celebrating last week’s destruction of a key bridge linking Russia to the annexed Crimean peninsula. Shapoval’s design features the smoking ruins of the bridge and an image of Leonardo di Caprio and Kate Winslet posed on the bow of the Titanic, suggesting that the “unsinkable” Russian war machine is going down. (Dezeen)

What Brings Thomas Houseago, Brad Pitt, and Nick Cave Together? – Meet the WE Collective, formed of L.A.-based sculptor Houseago (who spoke about his mental health issues with Artnet News last year) plus Hollywood icon Pitt and rock legend Cave. “We’re just three dudes, and we’re just making stuff,” says Houseago, talking about their first show at the Sara Hildén Art Museum in Finland, and how struggles with addiction have brought the three men together. ()

Cycladic Art Gets a Novel Show at the Met – Businessman Leonard Stern’s stunning personal collection of Cycladic antiquities will go on display for 10 years at the N.Y. museum as part of a scheme, ratified by the Greek culture ministry, the Met, and others, that acknowledges that according to Greek law, the objects actually belong to Greece. After the 10 years is up, choice works will return to Greece, while new loans of Cycladic art will cycle back to New York. (New York Times)

Mika Rottenberg Has Made a Sci-Fi Feature – , co-directed by Rottenberg and Mahyad Tousi, will be unveiled this fall at various museums as well as the New York Film Festival between October 12 and 15. Set in 2039, the “chirpy, accessible” film follows the main character, Unoaku (Okwui Okpokwasili), as she tries to escape her apartment through virtual reality. ()

Benin Bronzes Returned to Nigeria – A joint ceremony was held in Washington, D.C., to mark the return of 31 Benin Bronzes to Nigeria. Objects previously held at the Smithsonian’s National Museum of African Art, the Rhode Island School of Design, and the National Gallery of Art were all repatriated. (TAN)

Superblue Shuts London Outpost  – Pace’s experimental art venture has vacated its temporary London location at 6 Burlington Gardens that is owned by the Royal Academy of Arts. Only one show featuring London- and Tokyo-based duo A.A. Murakami, was ever mounted at the space. (TAN)

Extinction Rebellion Activists Are at it Again – Climate activists glued themselves to Pablo Picasso’s Massacre in Korea painting, which was on loan to Melbourne’s National Gallery of Victoria. The work, which was protected by perspex glazing, was unharmed. (Guardian)

Pyotr Pavlensky Unable to Travel to London – The Russian artist was unable to attend the opening of his own show, “Pornopolitics and Other Precedents” in London after French authorities denied his travel. Pavlensky must stand trial in France over sex videos he leaked in 2020 that brought down the French politician Benjamin Griveaux. ()

Editors’ Picks: 13 Events for Your Art Calendar This Week, From a Warhol Film Screening to a Party at the Museum of the City...

A black chandelier of skeletons and surveillance cameras: Ai Weiwei unveils his first show of glass sculptures in Venice