Home News Phillips Teams Up With Another Auction House as Part of an Ambitious... 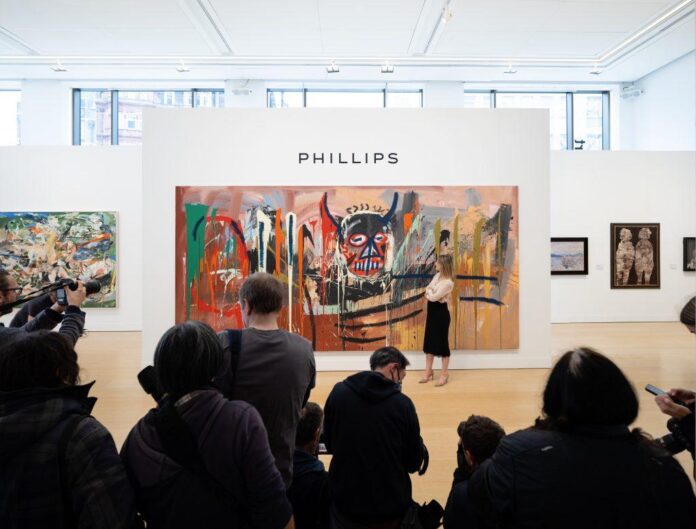 Phillips will team up with Chinese auction house Yongle to form a new partnership—the two will collaborate on a series of fall sales in Hong Kong and Beijing. The ambitious plan is the London-headquartered auctioneer’s latest bid to further advance its market presence in mainland China while creating a new opportunity for international buyers to bid in a mainland auction.

The series will kick off in Hong Kong with day and evening sales that will run from November 30 to December 1 of works spanning 20th century, contemporary, and design categories, organized and curated by Phillips. This will be followed by an auction of modern and contemporary art in Beijing in early December, curated and conducted by Yongle.

Yongle, otherwise known as Beijing Yongle International Auction Co., Ltd., is a part of the Yongle Culture Group, a private company that runs businesses spanning art auctions, acquisitions, and financial leasing, as well as appraisal, exhibition, and IP (intellectual property) developments. The company was founded in 2005 under a different name before it was restructured; it staged its inaugural sale under Yongle Auction in summer 2020 in Beijing. Last fall, it set an auction record for a sale of western art in mainland China with Balthus’s , which sold for 167 million yuan ($26.19 million).

This is not the first time Phillips has collaborated with a Chinese auction house. The partnership with Yongle came after nearly two years of successful collaboration with Poly Auction that ran from 2020 through fall 2021. The collaboration with Poly, however, was primarily a Hong Kong-based one—it was a partnership with Poly Auction Hong Kong, which identifies itself as an individual company that separates itself from Beijing Poly International Auction (both belong to the state-owned, Beijing-headquartered, and Hong Kong-listed Poly Culture Group). The sales were conducted in Hong Kong with phone bidders dialling in through the Beijing offices. 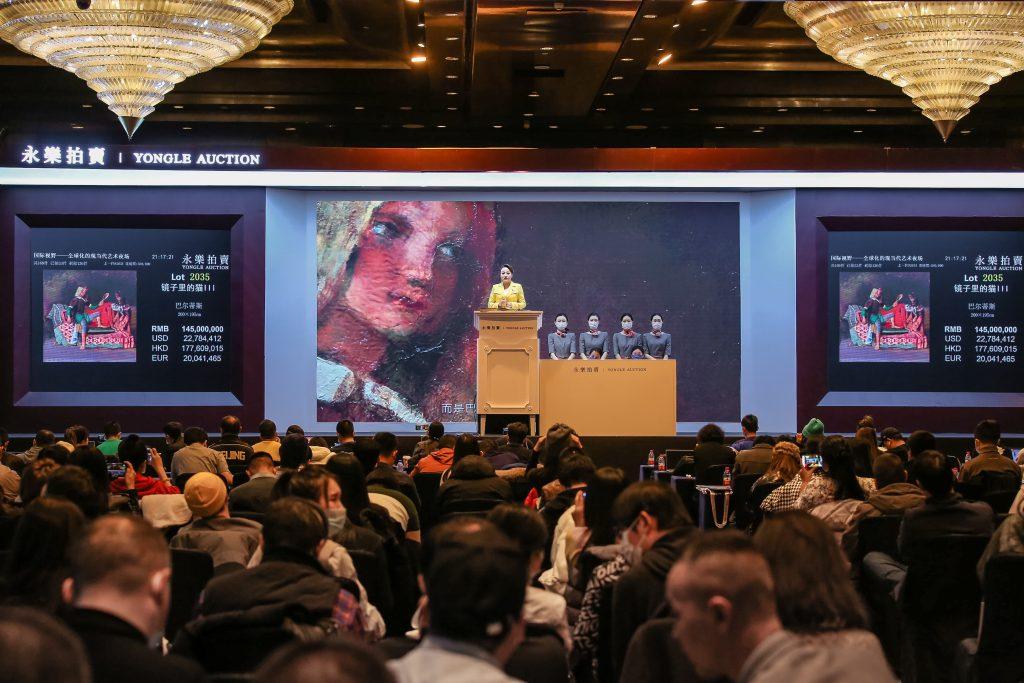 The collaboration with Yongle is expected to take this kind of partnership to a different terrain given that Yongle is a Beijing-based auction house and that the collaboration involves live auctions in both Hong Kong and Beijing.

It is also in-line with Phillips’s growing ambitions since it set foot in the region via Hong Kong in 2015. On the heels of a record year for the house 2021, which sales totalling $1.2 billion, it announced it will be moving to its new Hong Kong headquarters in West Kowloon Cultural District in spring 2023.

“Greater China is a critical component of our growth strategy,” Stephen Brooks, Phillips’s CEO, said in a statement. “Working with Yongle on the ground will allow us to stage auction related programs in Beijing and Shanghai, and to directly serve [the mainland Chinese collecting] community by bringing the very best of western 20th century and emerging contemporary art to mainland Chinese clients.”

Bidders in Asia accounted for 40 percent of Phillips’ global sales in the first half of 2022, according to Jonathan Crockett, Asia chair of Phillips. This included the $85 million sale of the 1982 Jean-Michel Basquiat work from the collection of Yusaku Maezawa to an Asian collector.

Zhao Xu, the founder of Yongle Culture Group, said it has been the group’s aspiration to broaden its global presence and that, through the partnership with Phillips, it hopes to “further expand Yongle’s growth domestically and internationally.”

The new partnership has emerged amid China’s economic downturn brought upon by the ongoing “zero-Covid” policy that keeps the country in prolonged periods of on-and-off lockdowns. Latest estimation from the Asian Development Bank forecasts that China’s growth will be slower than that of the rest of Asia’s developing economies for the first time in 30 years.

Prolonged lockdowns have also caused a slump in property market, which led to the closure of the 19-year-old Guangdong Times Museum in Guangzhou in October and its sister space in Berlin earlier; both were backed by property developer Times China. China’s billionaires have also reportedly trying to leave the country and bring an estimated $60 million wealth with them.

In Pictures: See Inside the Anxious, Twisted World of Lucian Freud in a Major Retrospective at London’s National Portrait Gallery